The building is marked by a hybrid appearance, informed by world of fish and sailing ships; this singular character can only pass on to any architectural intervention in the interior space. Drawing inspiration from the building’s context, as well as from the desires of the owner, selected features were adopted from “maritime architecture” and from the physiology and forms of fish. The aim of the architectural proposal was to create an apartment with maximum flow between its separate entities. Benefitting from the spindle-shaped outline of the building shell, the main functions in the apartment were condensed in two spatial “capsules” with glossy surface, hiding all interior structural elements. Moreover, the main axis of the building was highlighted with the creation of a singular wooden spine, emulating a boat hull.
This way, the cutting-edge technology and functionality of a sailing machine was fused with the warmth and natural feel radiating from a living organism that is changing during the course of reasons according to the light and the environmental conditions. This double approach in-between the artificial and natural is adopted in solving all architectural components in the apartment. On the one hand, the design focused in maximizing functionality, and on the other, in awakening the senses through an immersive architecture that blend into its surrounding sea breeze. 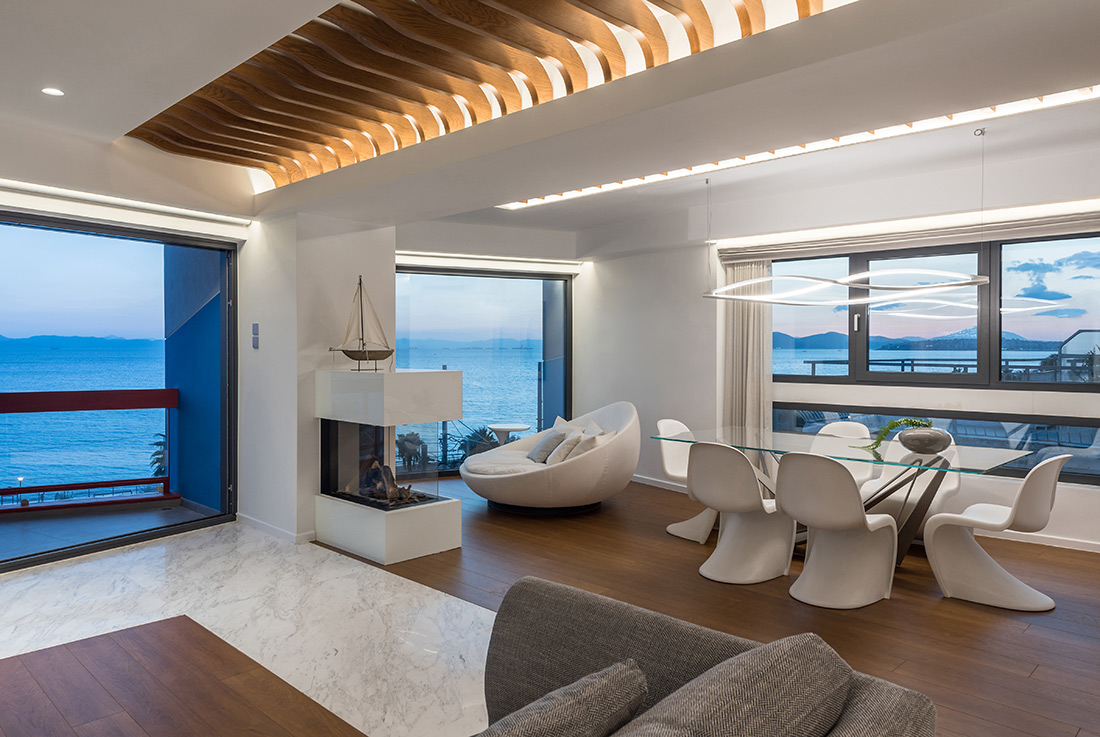 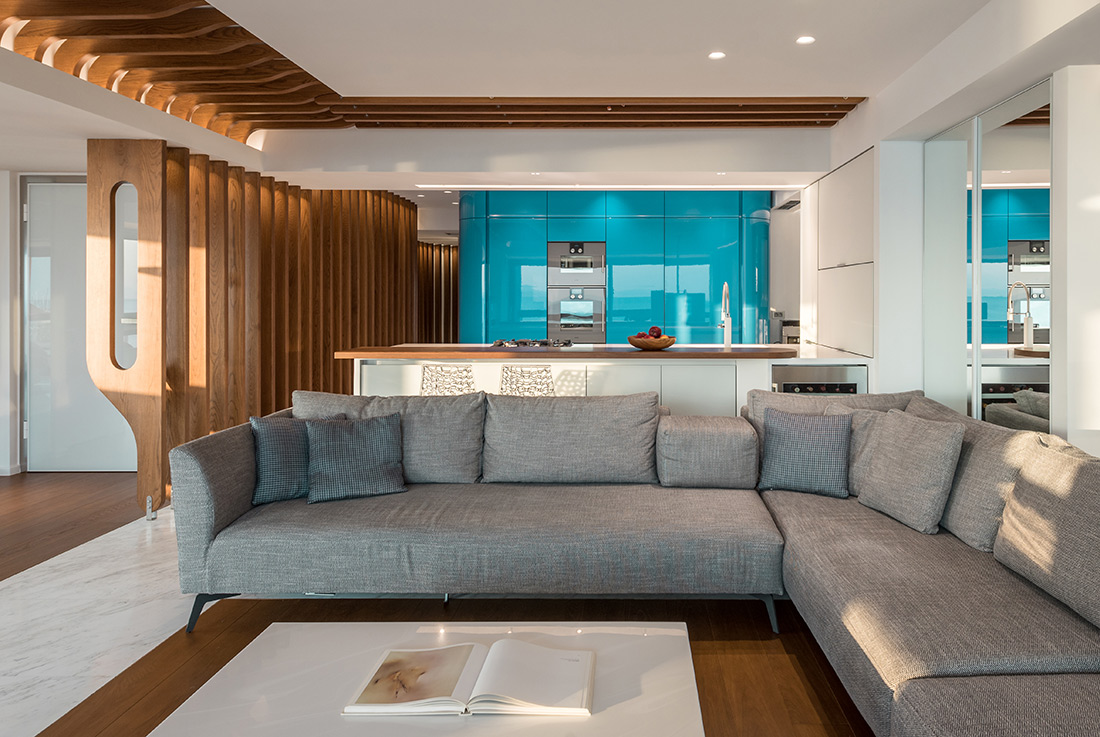 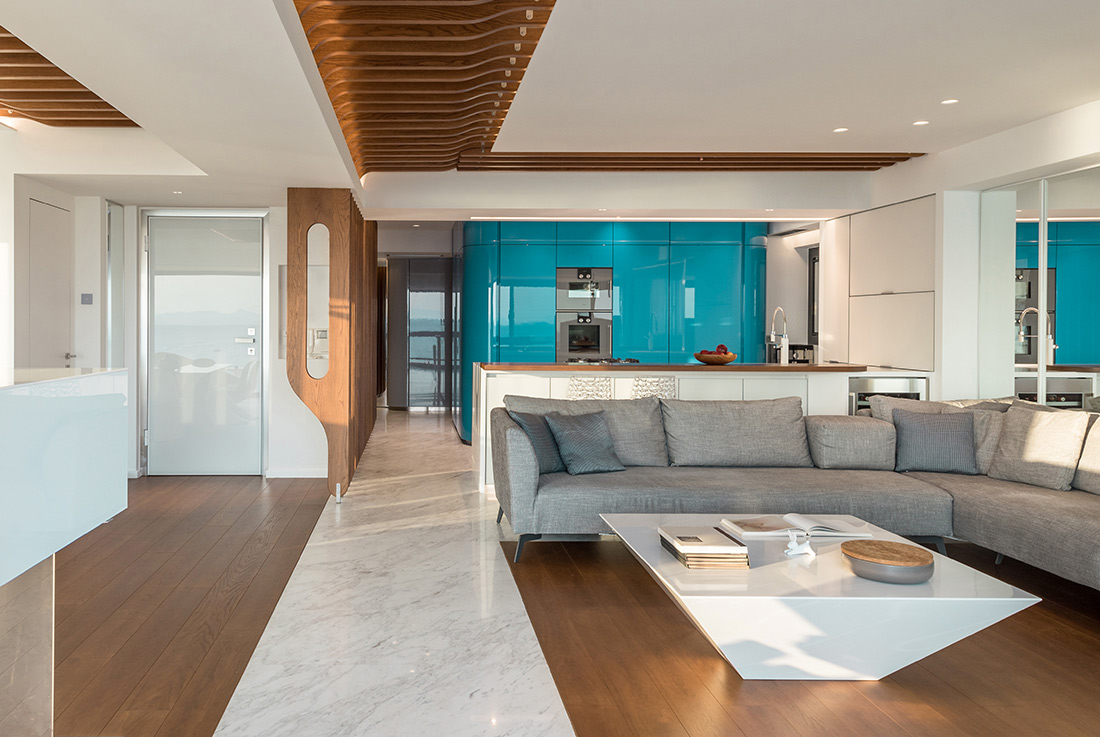 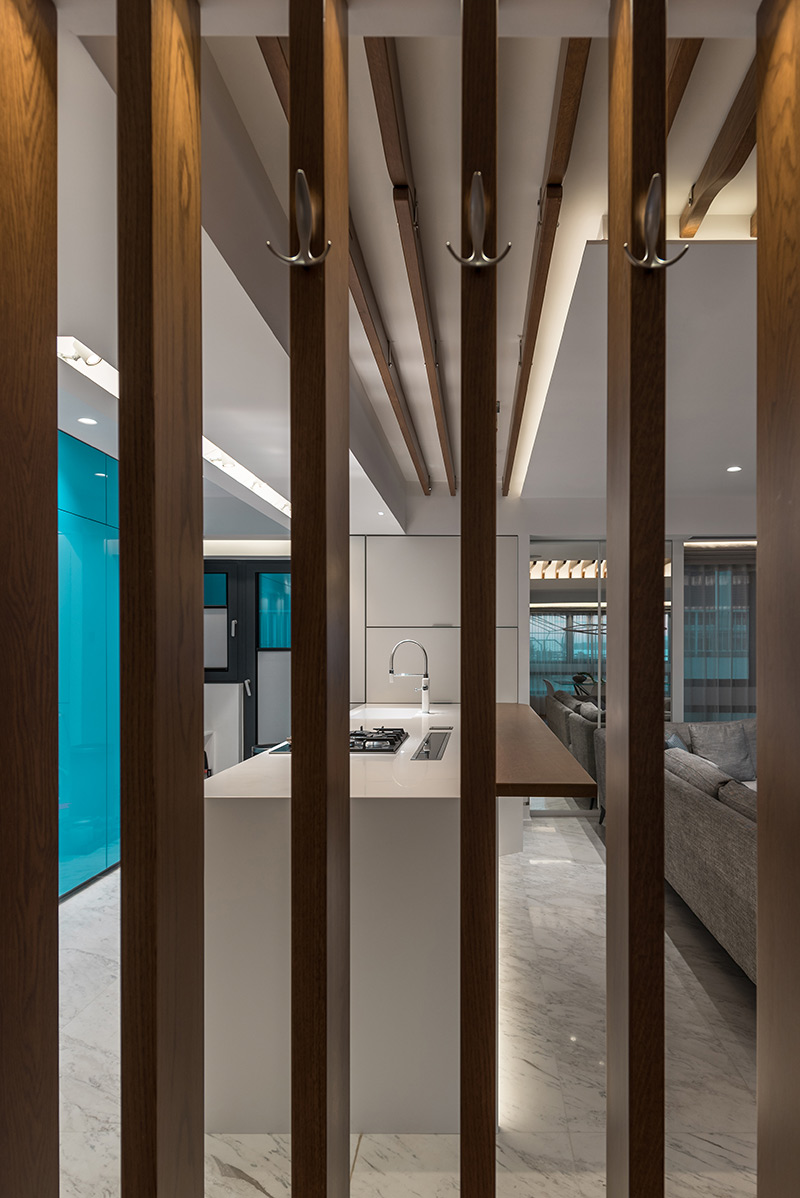 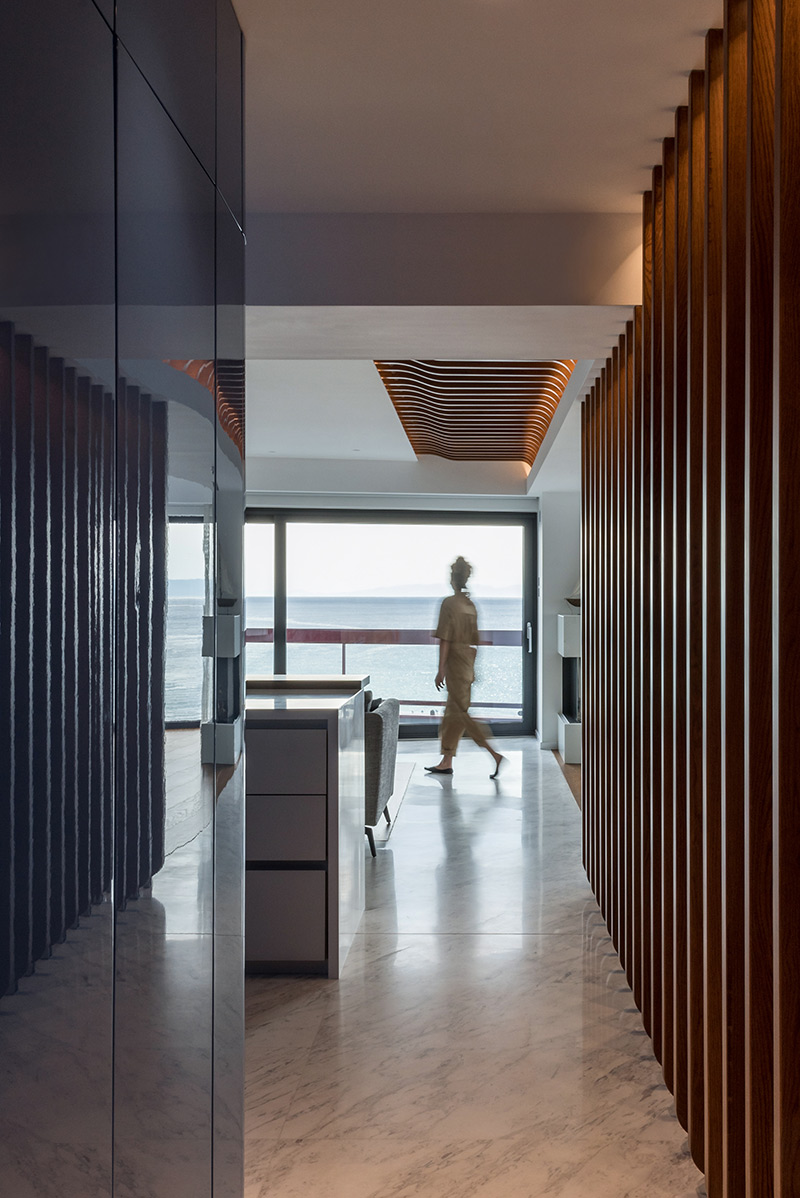 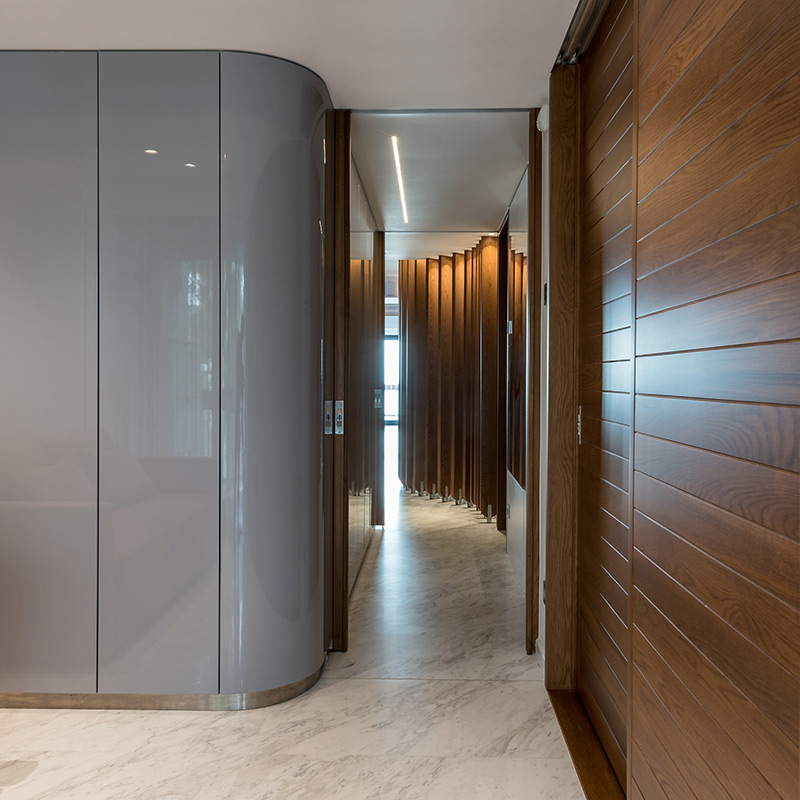 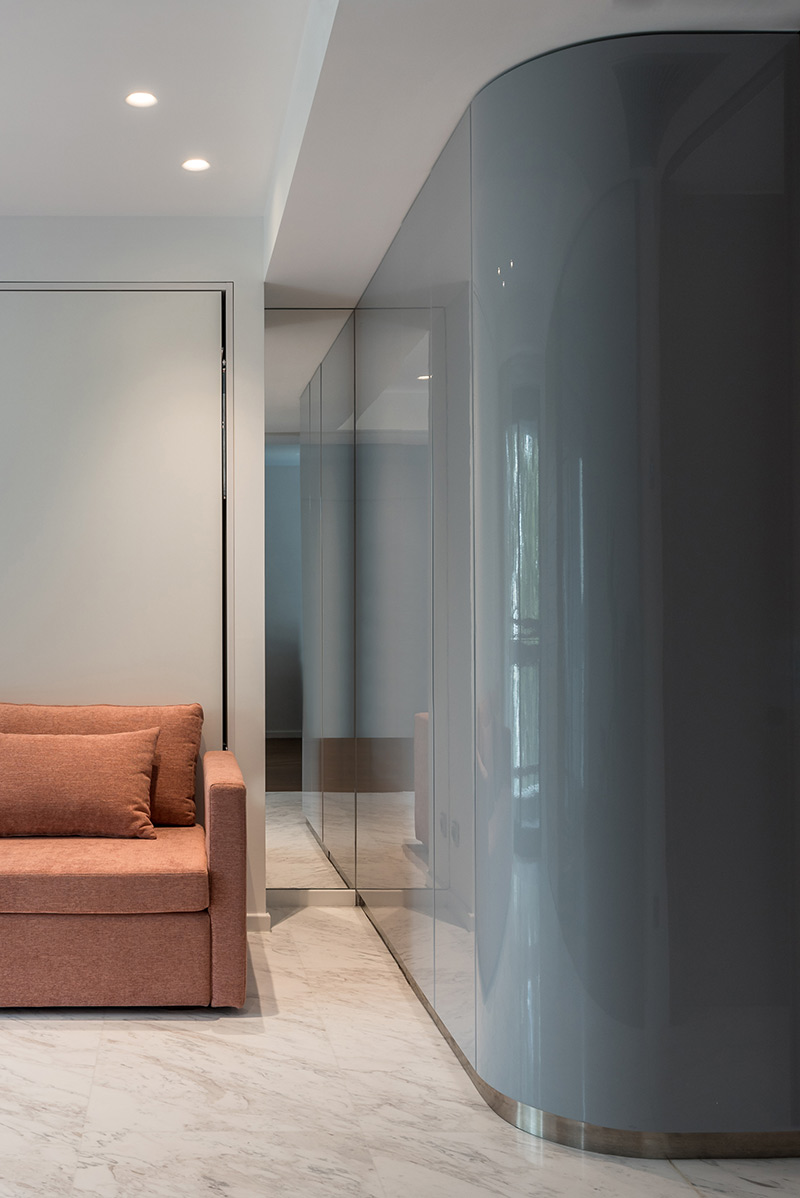 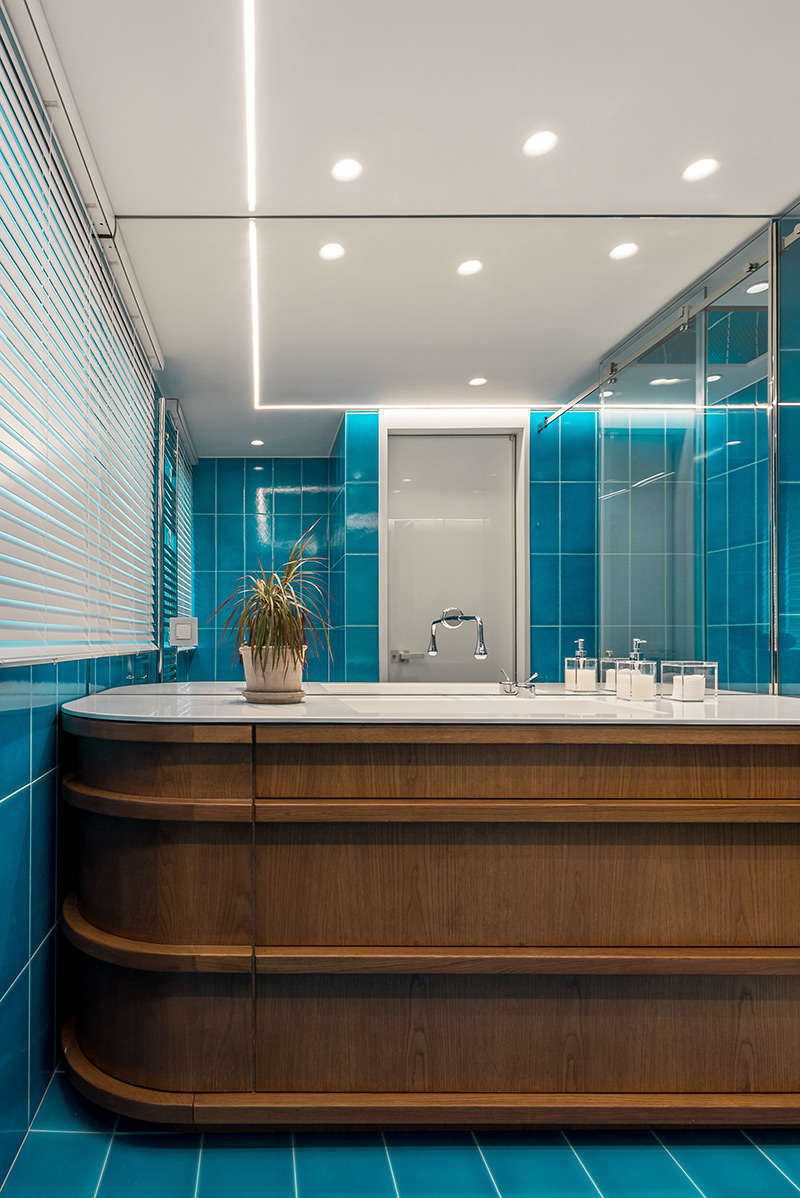 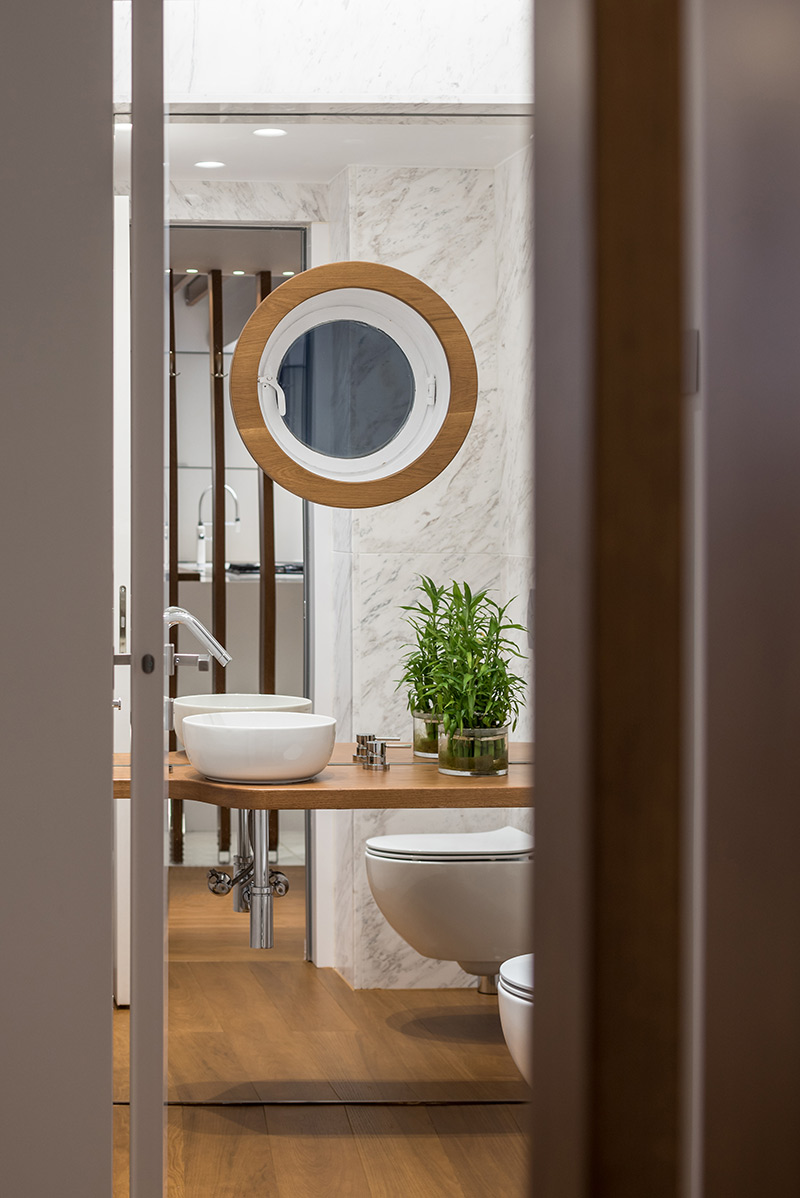 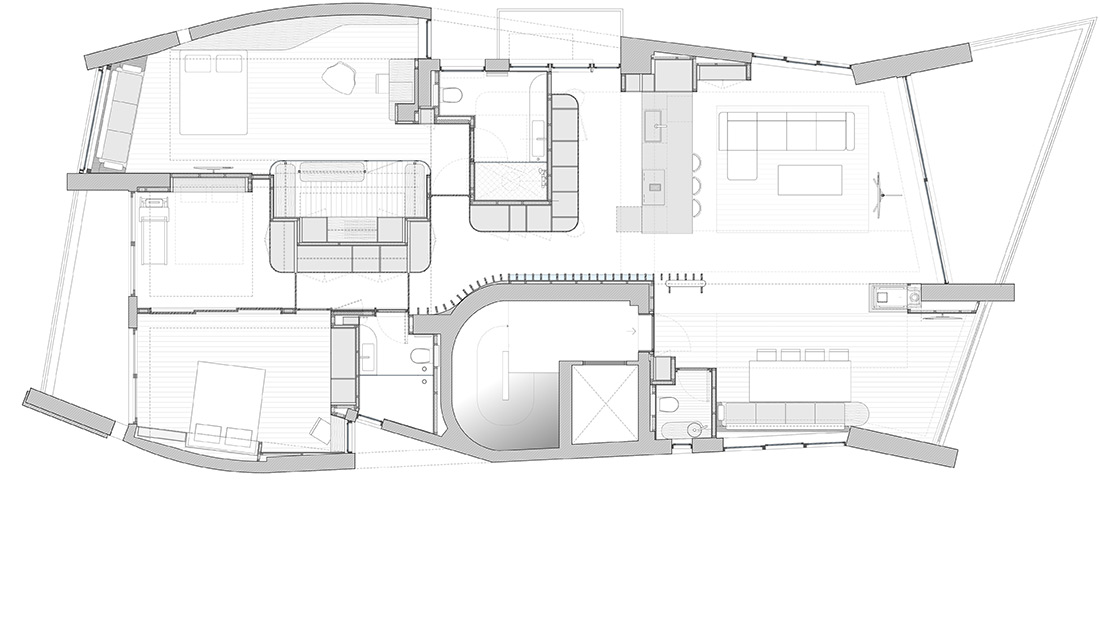