A striking structure wrapped in a finely knitted shell.
In the village centre of Schnepfau a new fire station was built to replace old one, contemporary in its form and function and yet integrated into the regional building culture. The building, together with the parish hall and the parish church, form a compact ensemble that encapsulates the public square with its mighty chestnut tree and fountain. The village stream is passed under the building, which lifts the plot from behind to the north to a steep embankment.

The ground floor and the hollow tower are made of solid reinforced concrete; the slightly cantilevered upper floor and the roof construction are in timber. The elemental dialogue between the building and its location manifests itself in the striking figure, which is contrasted by an almost textile-like shell of spruce shingles.

The centrepiece is the cantilevered vehicle hall, which is oriented towards the square through three glazed steel folding doors. On the sides and against the slope, it is framed by smaller chambers, in which the areas for maintenance and inventory are organised, as well as operational areas, the technic-room, and storerooms.

The single-flight staircase on the east side of the building leads to a bright upper floor, which opens to the north and south through generously sized timber windows. There is space for the rehearsal room of the local music group, a training room and ancillary rooms.

The atmosphere of the work areas on the ground floor appears cool and raw due to the sober cement surfaces, while the visitor can glean from the carefully tinted staircase how the upper floor is finished. Coasted entirely in brushed and untreated silver fir, it is a precisely blended sound box for the musicians. 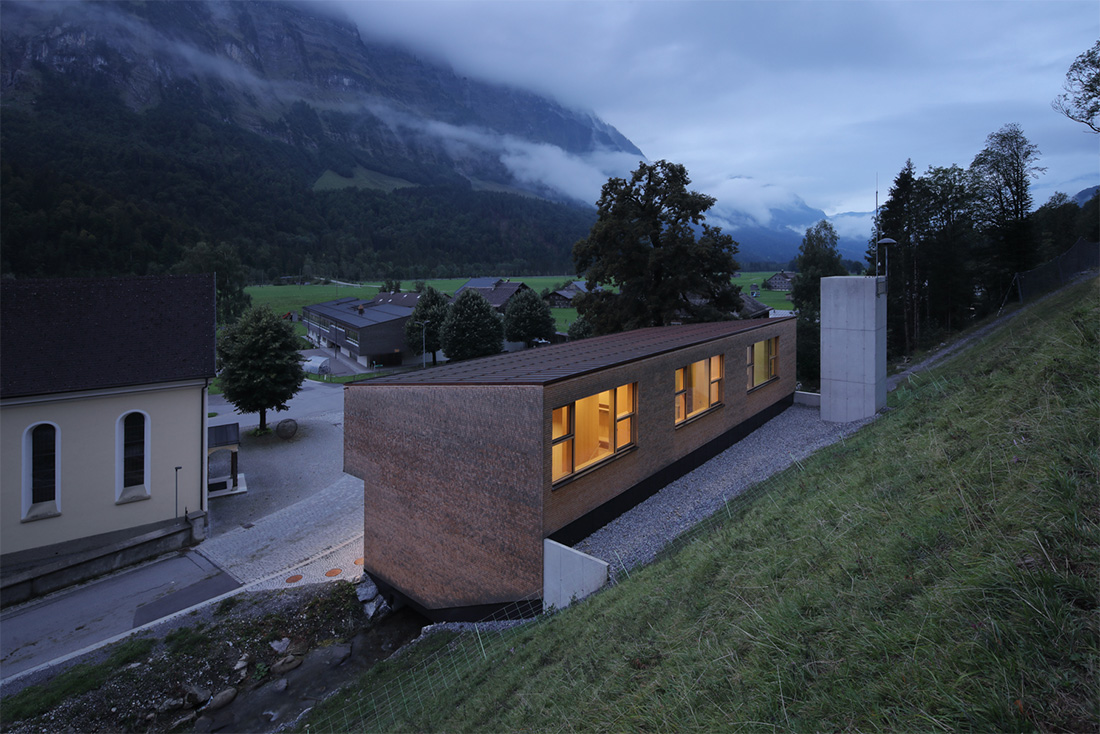 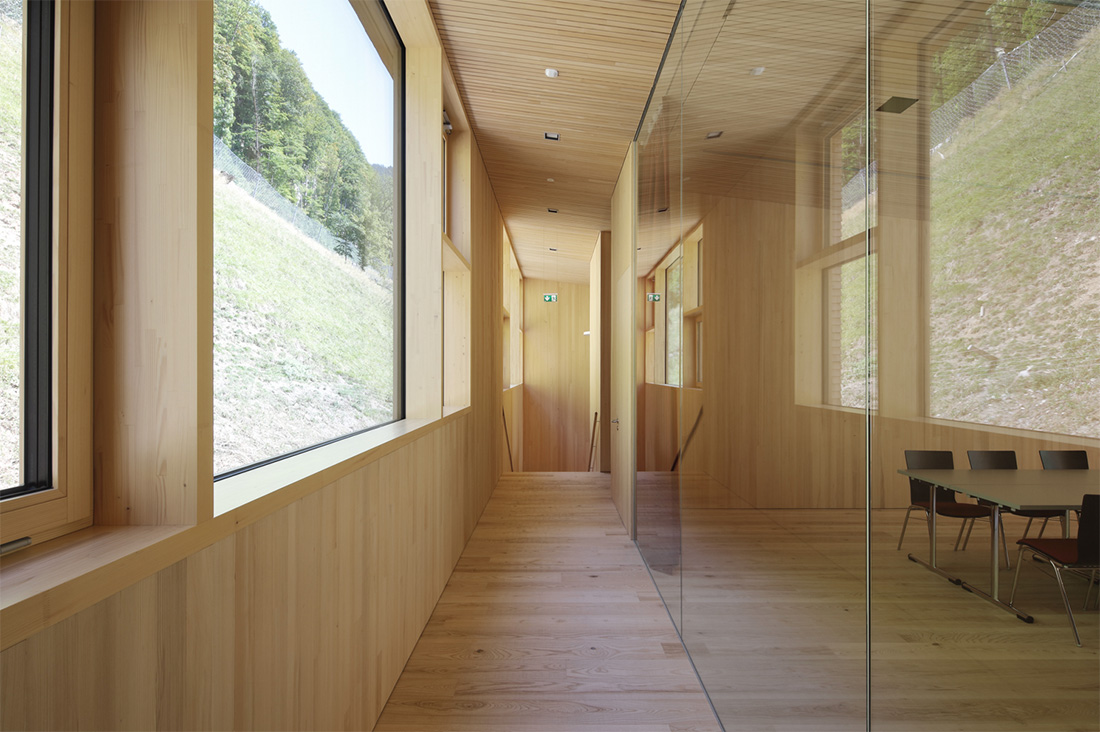 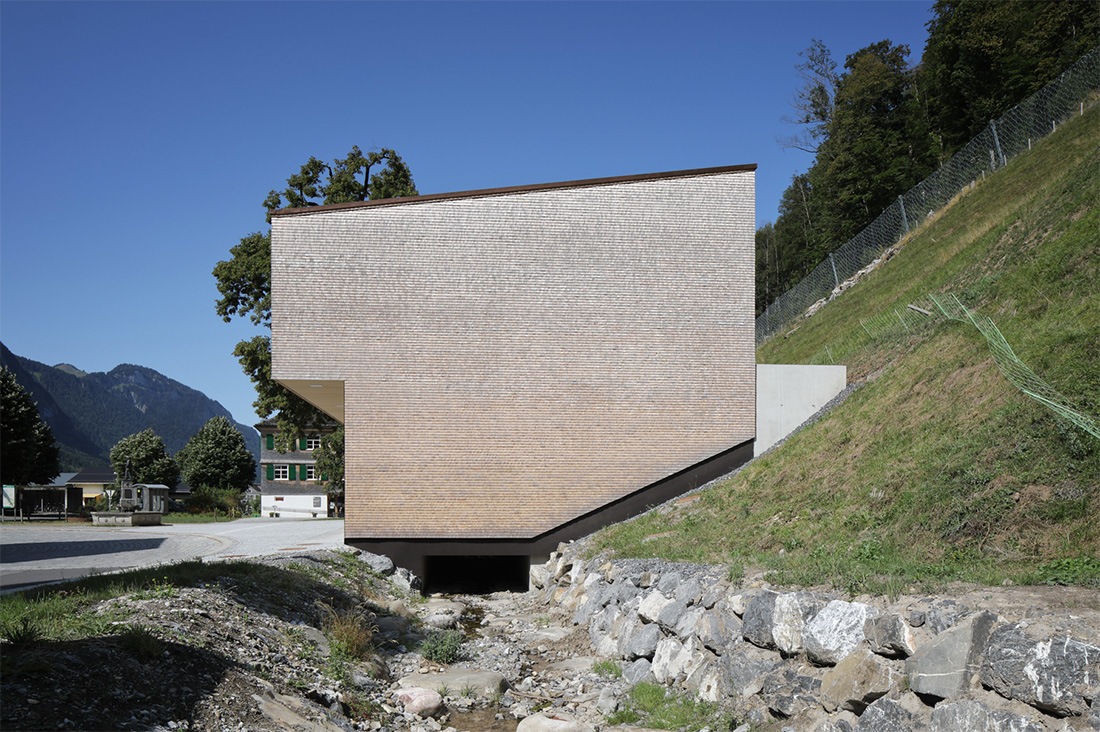 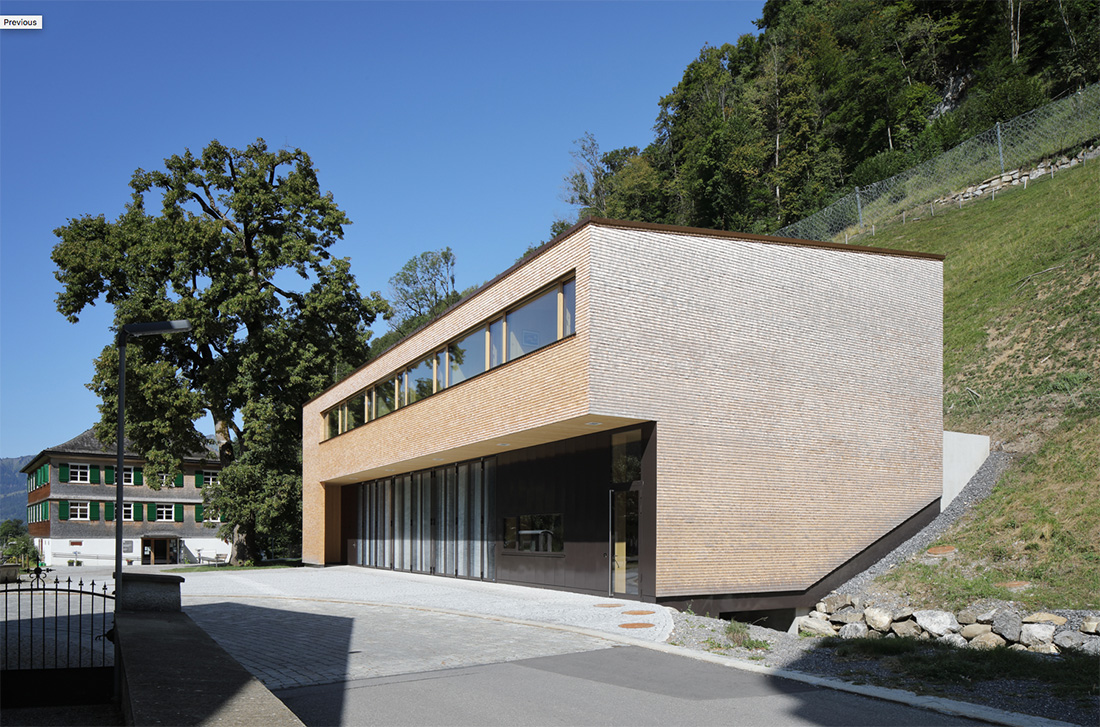