The urban design concept of the building structure considers the fact that the existing ice hall will probably be replaced in the long term. For this reason, the new construction of the functional area is distanced from the existing building and only connected were functionally necessary. Trend Sports Hall is placed on the building lines and thus receives the “rotation” parallel to the residential buildings that are built, as prescribed by the area designation. Construction is made from reinforced concrete and facade in timber construction. The hall is characterized by closely positioned column-truss constellations, which have a formative effect both internally and externally. Transparent or translucent exposures are inserted into this rhythm. The two-story Functional Hall is made from reinforced concrete, which is related to the trend sports hall by a wooden facade. The Functional Hall, the Trend Sports Hall, and the forecourt with the ice rink form a completely redesigned, contemporary appearance facing Windtenstraße. 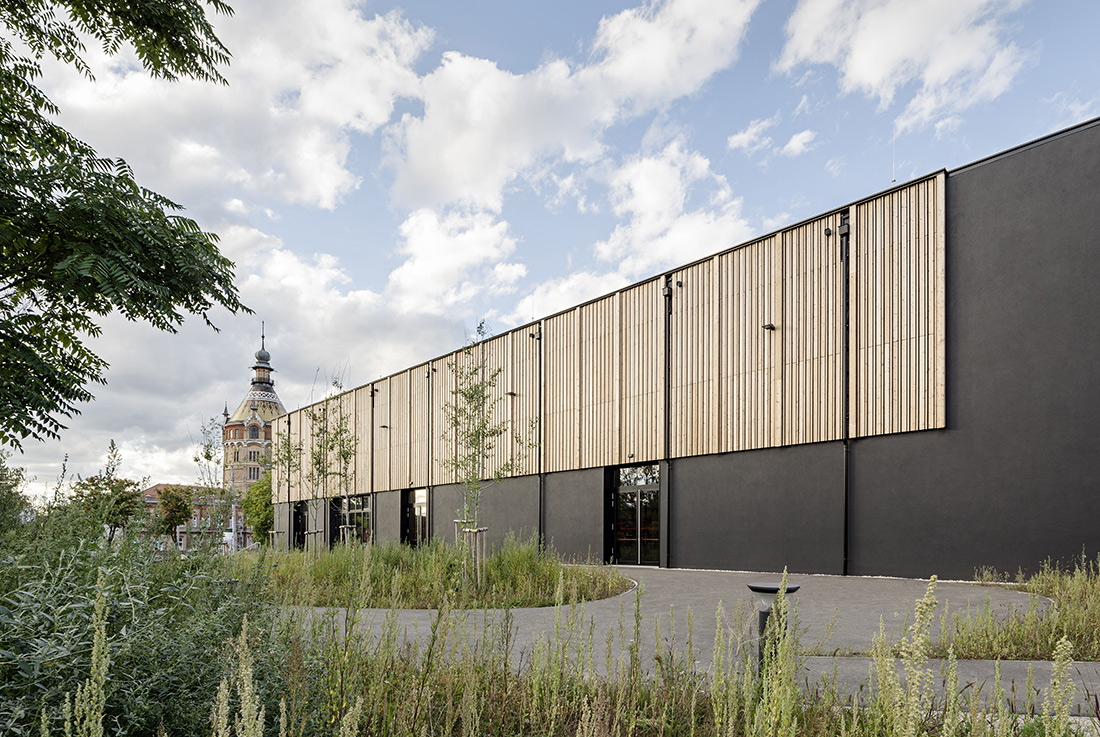 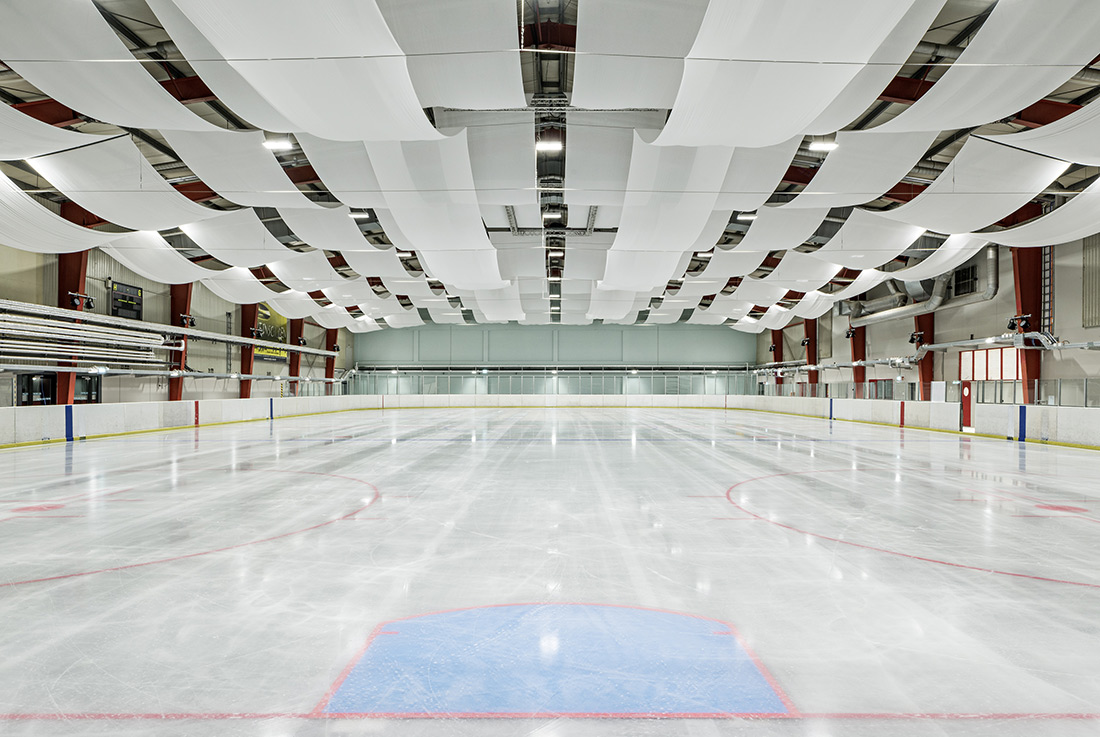 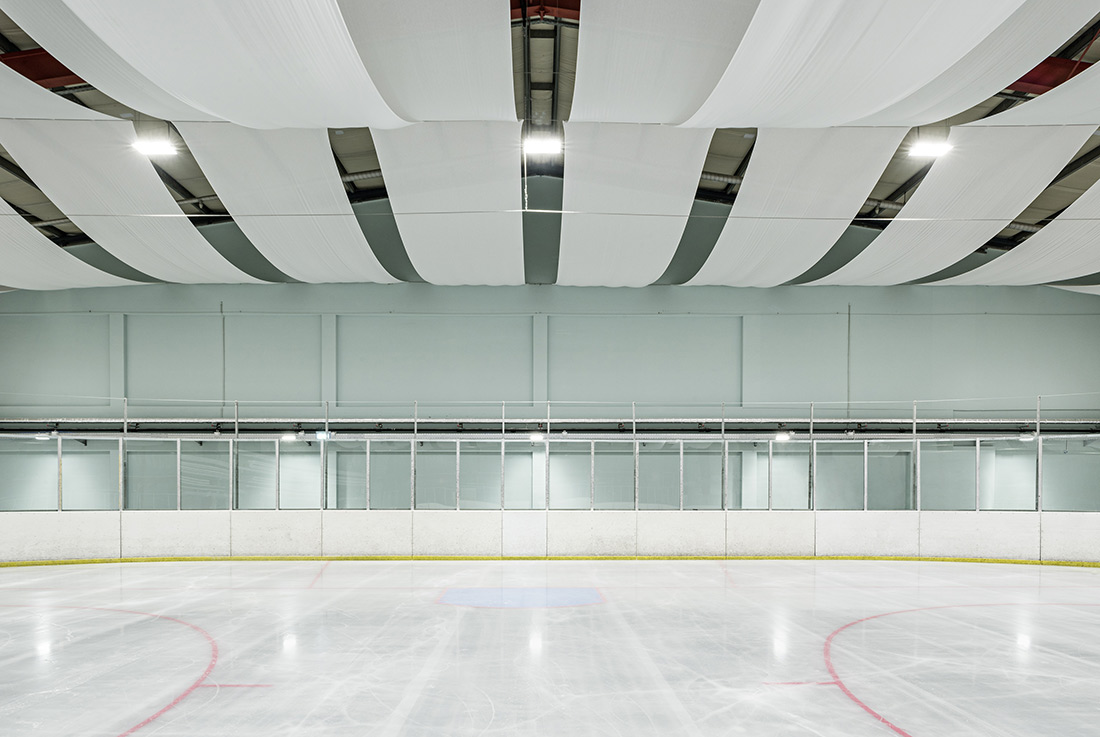 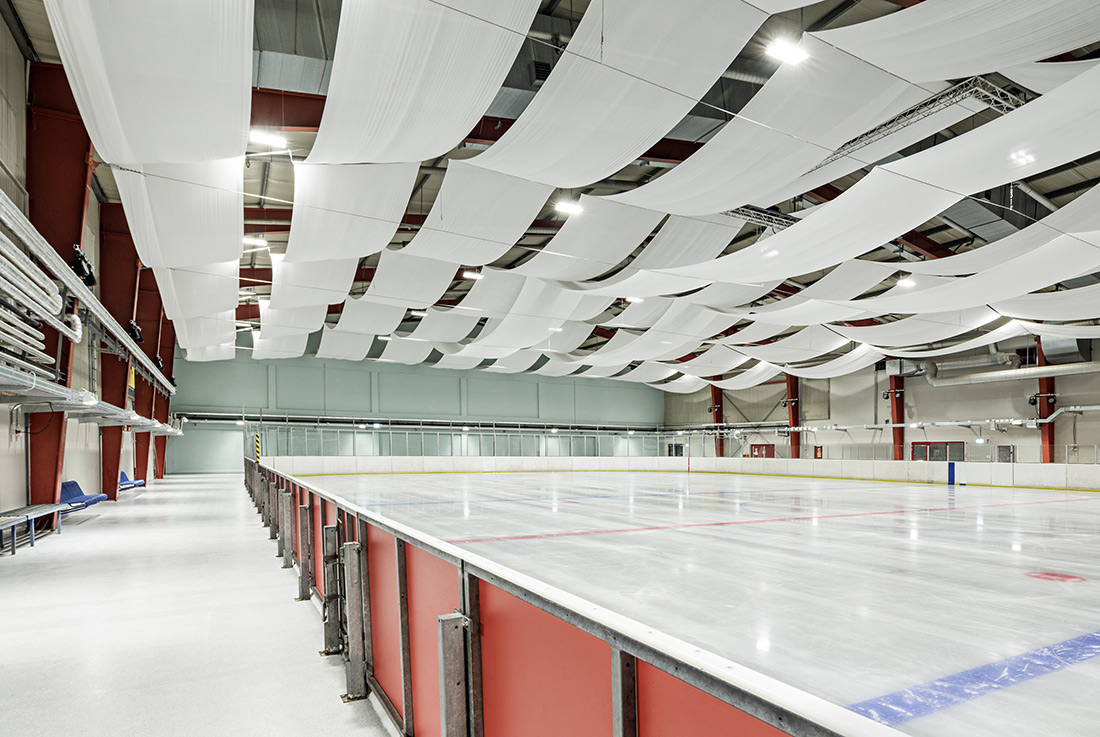 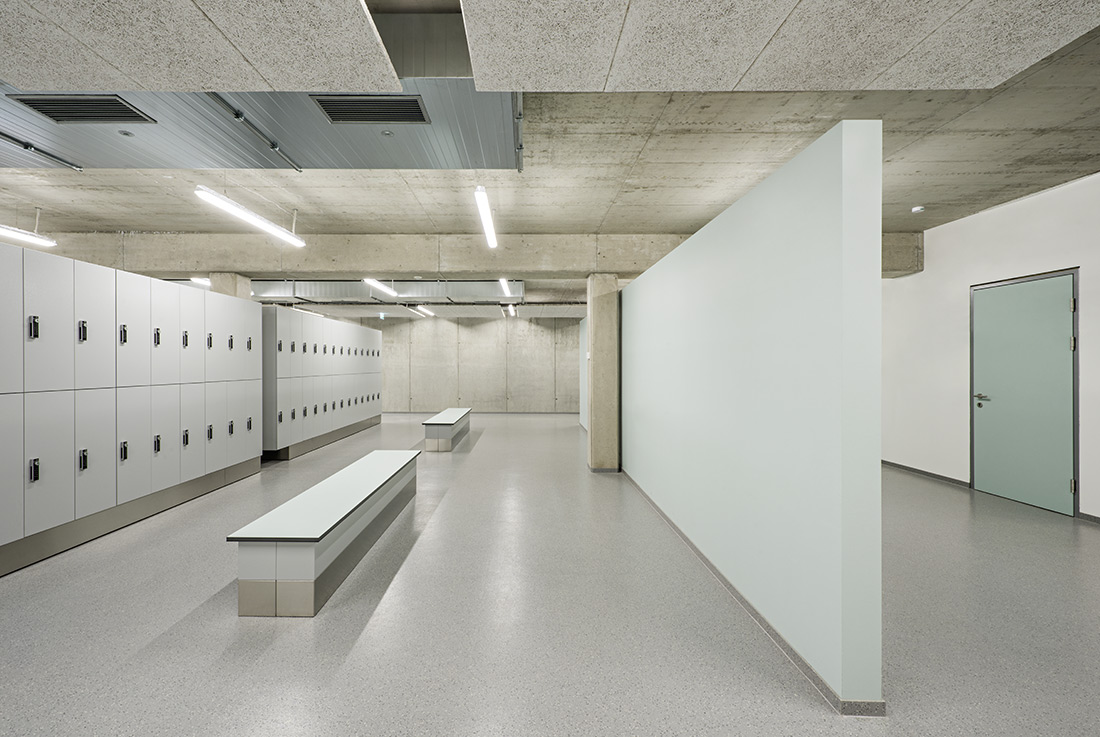 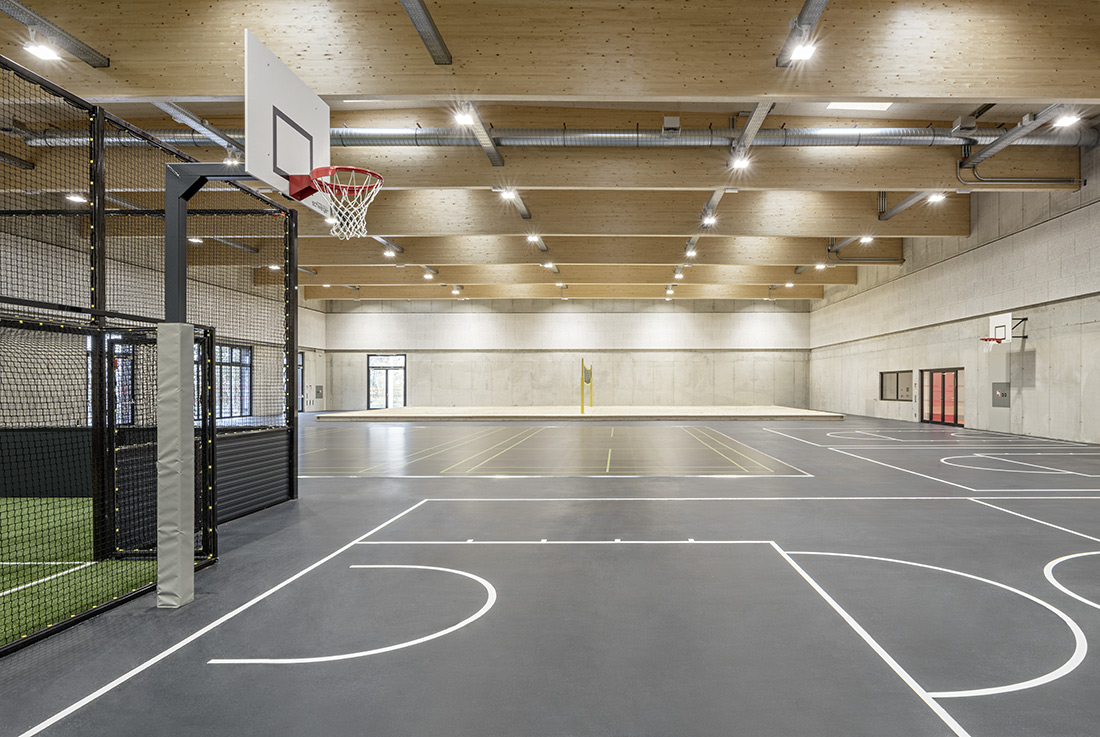 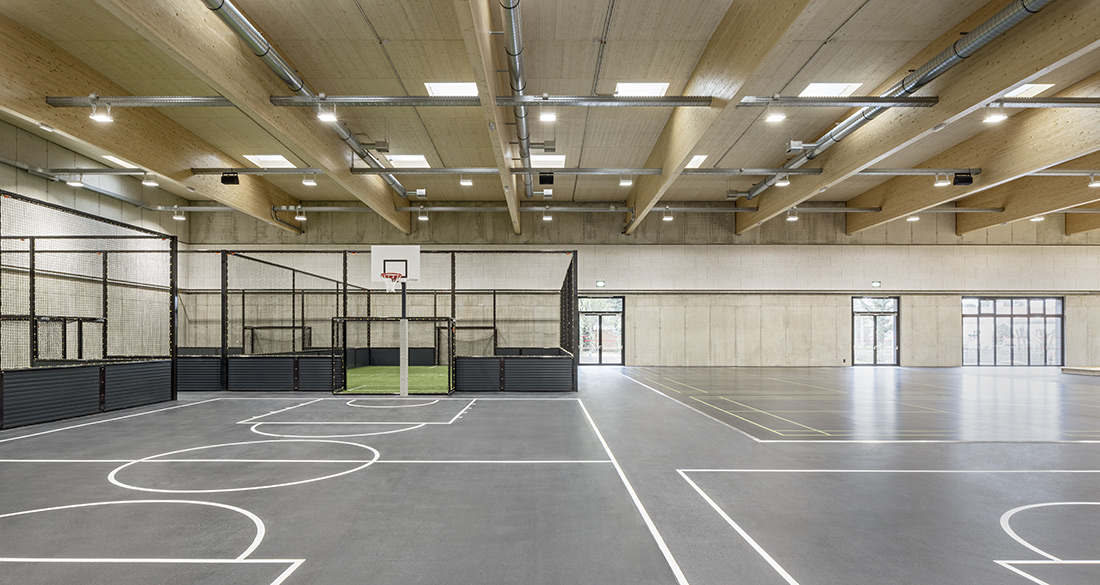 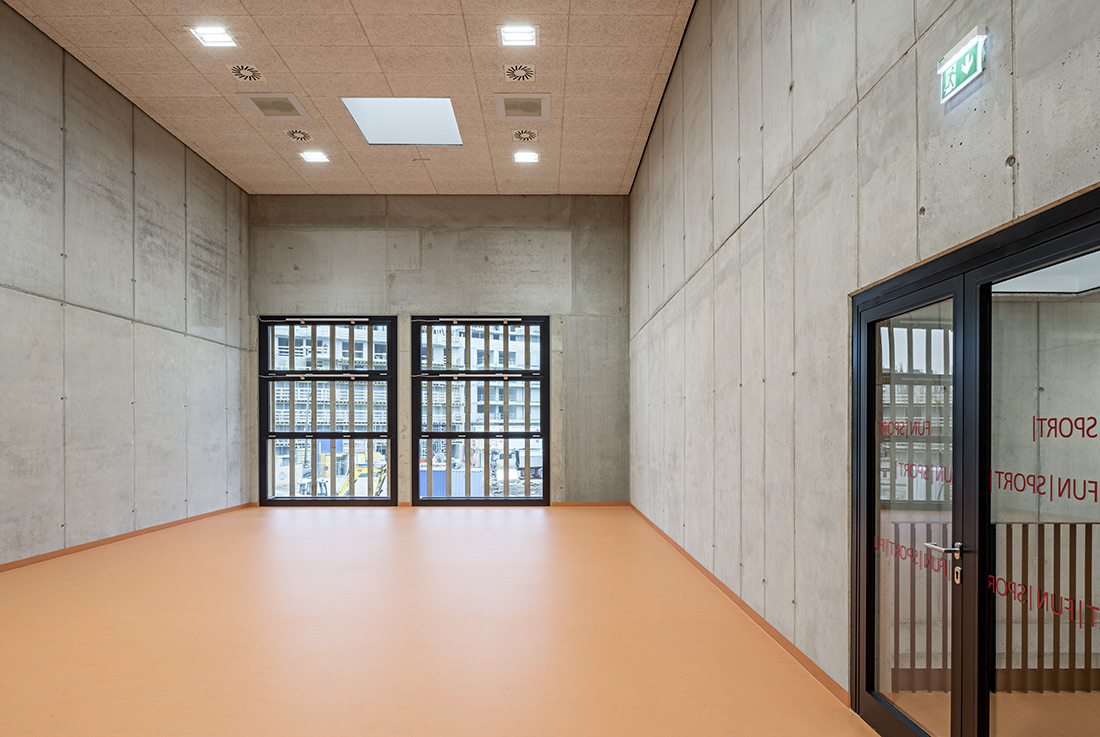 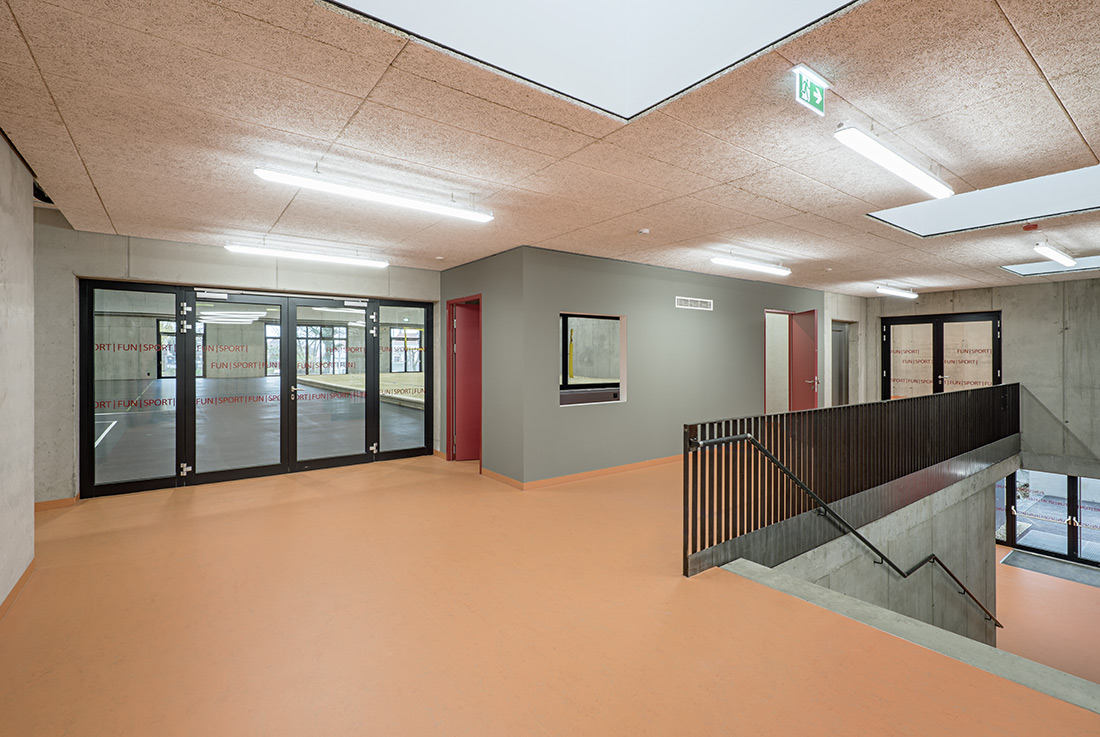