Courage to the gap by Studio Lois; Austria

Building plots are scarce in the Tyrol and almost impossible to find in the center of Innsbruck. Four friends wanted to live together as neighbors and combine their strengths to realize a living opportunity. After 4 years of time consuming searching, they found a plot of land. Narrow, L-shaped and with limited access, situated in the middle of an urban block, the plot varies in depth between 10 and 12 meters. According to Tyrolean building regulations, a development plan with open construction was not actually achievable! The plot is surrounded by government archive buildings, a supermarket, an old factory and romantic villas with gardens.

The obstacle course associated with the legal requirements was at the same time a challenge and as well an indirect guide to the building solution. The result is a monolithic building, with an asymmetrical roof and dark oiled wood that looks robust, but does not force itself into the foreground. The 150 m2 duplex fits on the small 400 m2 “gap” surrounded by a well developed neighborhood. The remaining area of the plot is garden space between the well established gardens of neighboring villas. The building is made by folding the façade so that two small houses are defined rather than a single larger structure.

Inside, the functions of the rooms move from the ground floor upwards flowing with the hierarchy of daily living. Every square meter is used and fits within the lifestyle of the residents. Carefully planned openings offer views over the plot and neighbor’s green areas. The placement of an atrium allows both apartments to benefit from light at all times of the day. The atrium allows for a connected path for communication and is bound by an old-style brick wall as a witness to the past. Cutouts in the roof structure create outdoor spaces with a view of the imposing mountains around Innsbruck. The same façade cladding stretches across the roof and appears to the taller town houses as 13 triangles in a folded roof landscape. The construction of wood and concrete was left with visible surfaces, it applies the Principle: “It is what it is”.

The working title:
The title “courage to the gap” derives from the possibility that the property was not buildable. The local building codes with regard to a development of the gap for residential purposes were in principle not possible (only allowing for a storage building or a Supermarket!). Intensive and detailed study of the spatial planning rules and interpretation of legal requirements led to a proof of concept applying the principle of equality and justifying the options. Four separate surveys were required before permission was given for residential use of the property. For a non-commercial developer but rather four private people, buying the plot without being sure that the houses could be built was a very brave decision. 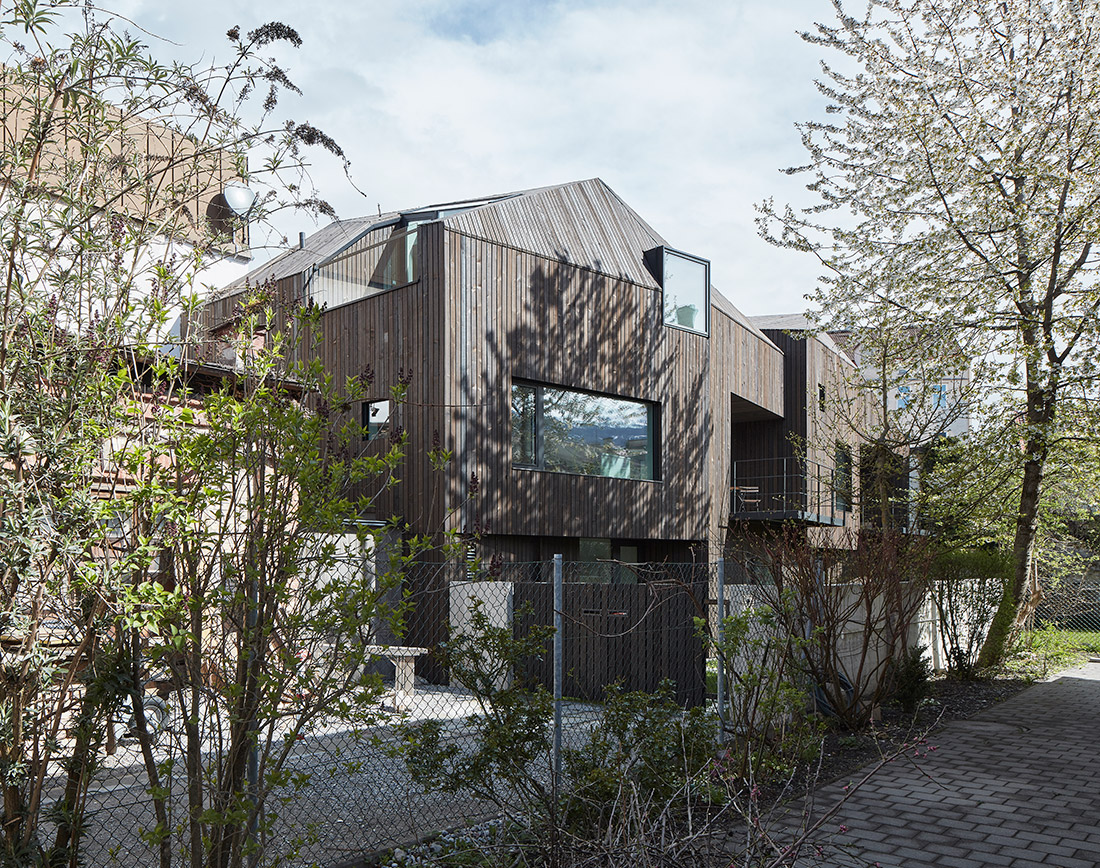 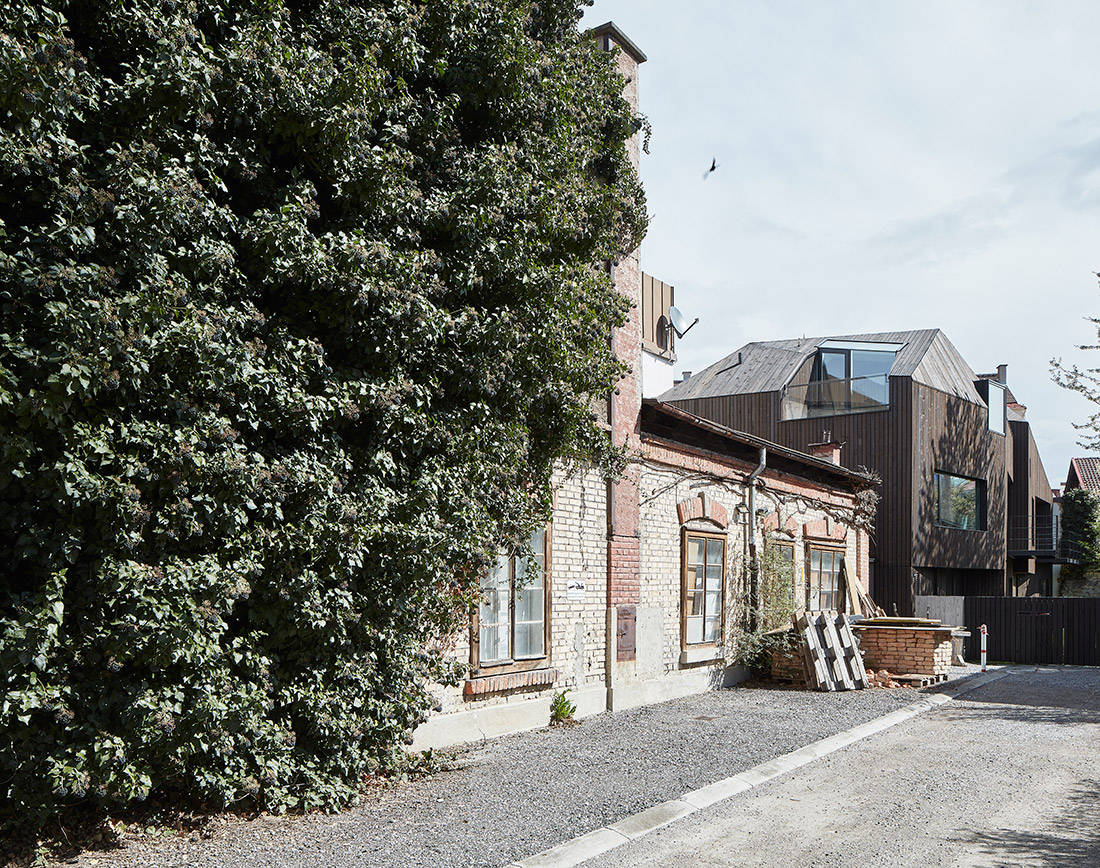 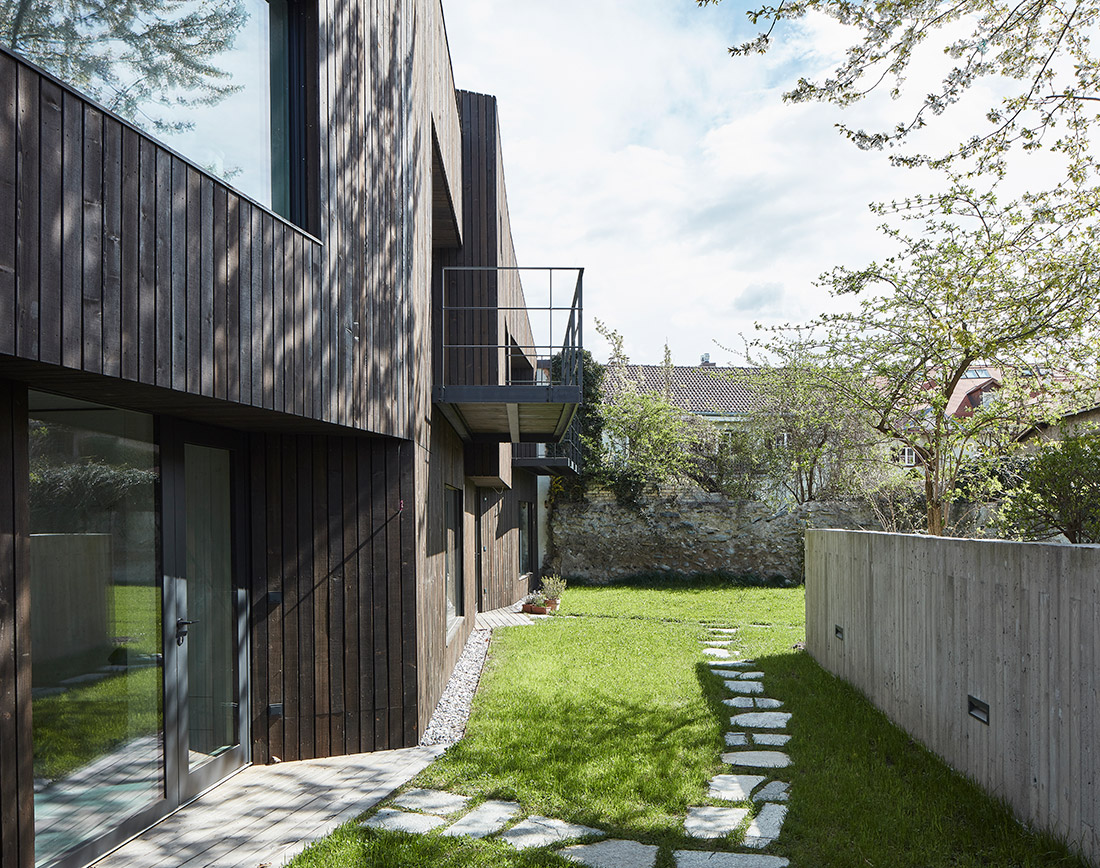 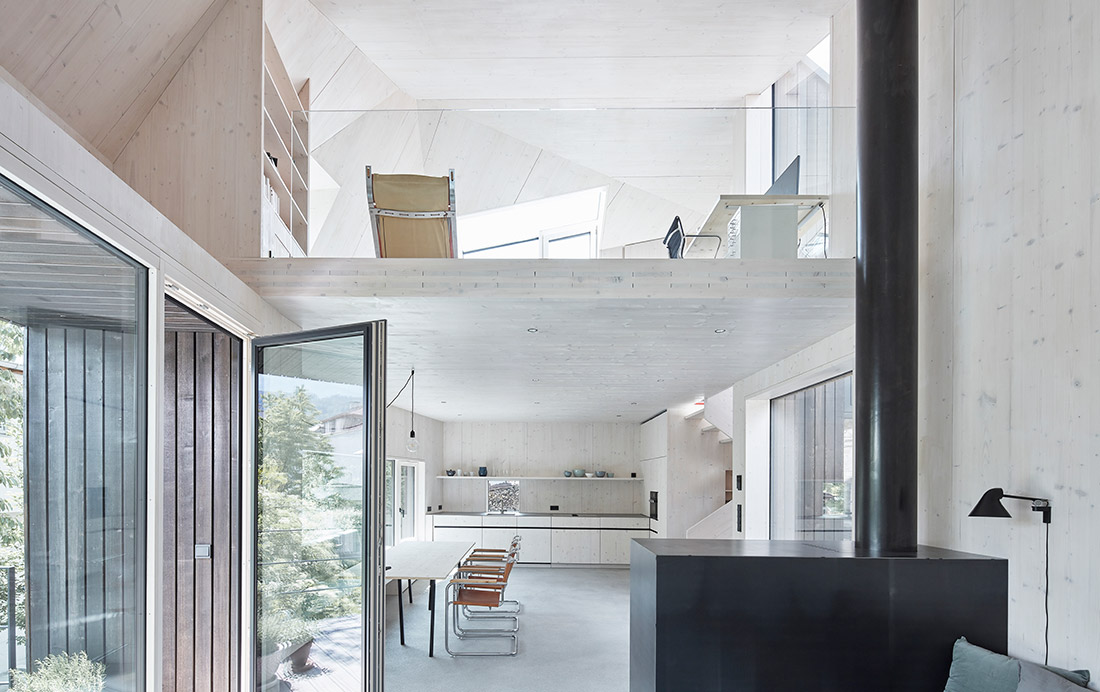 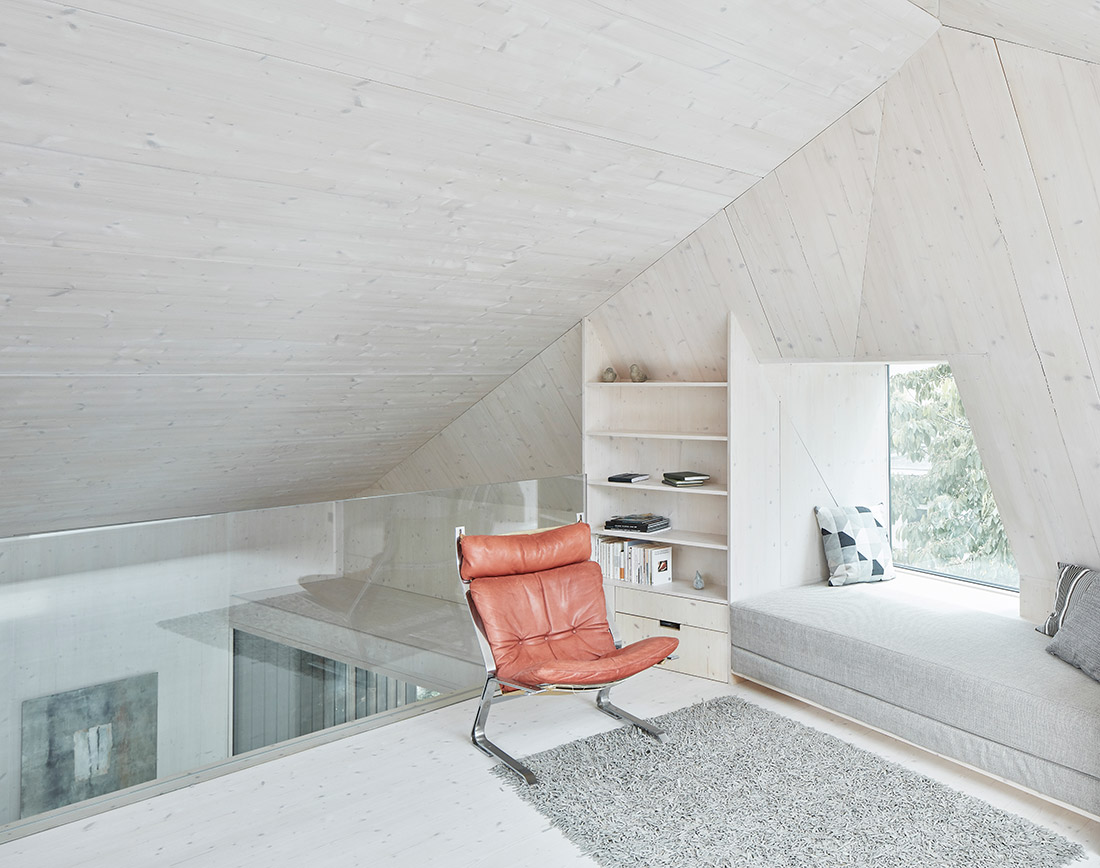 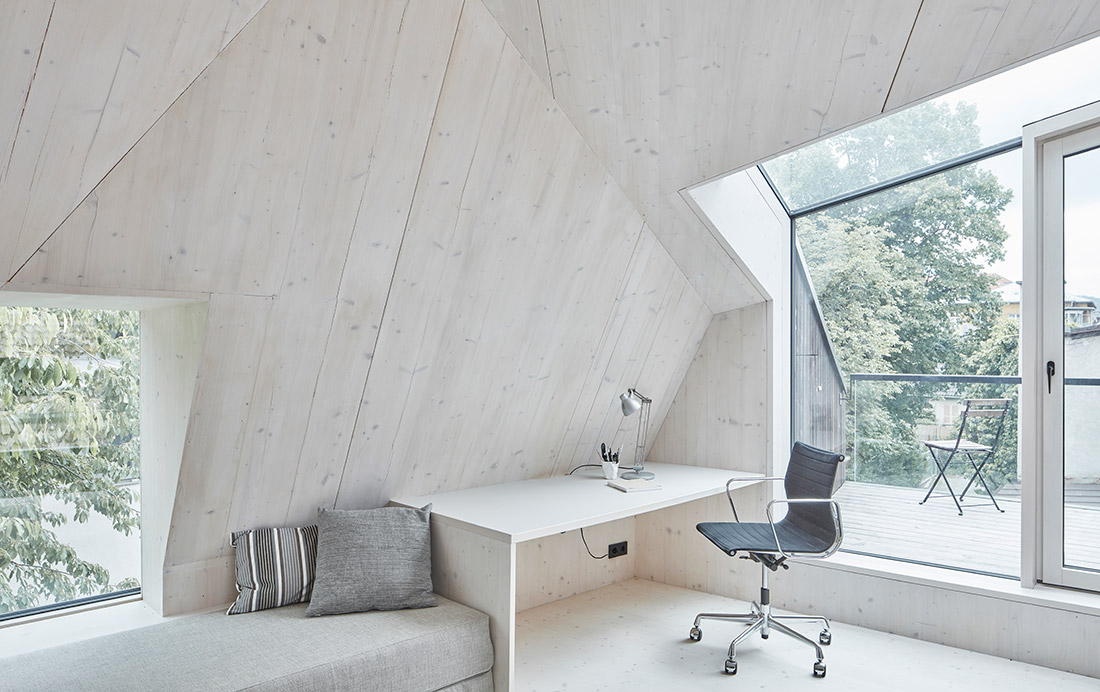 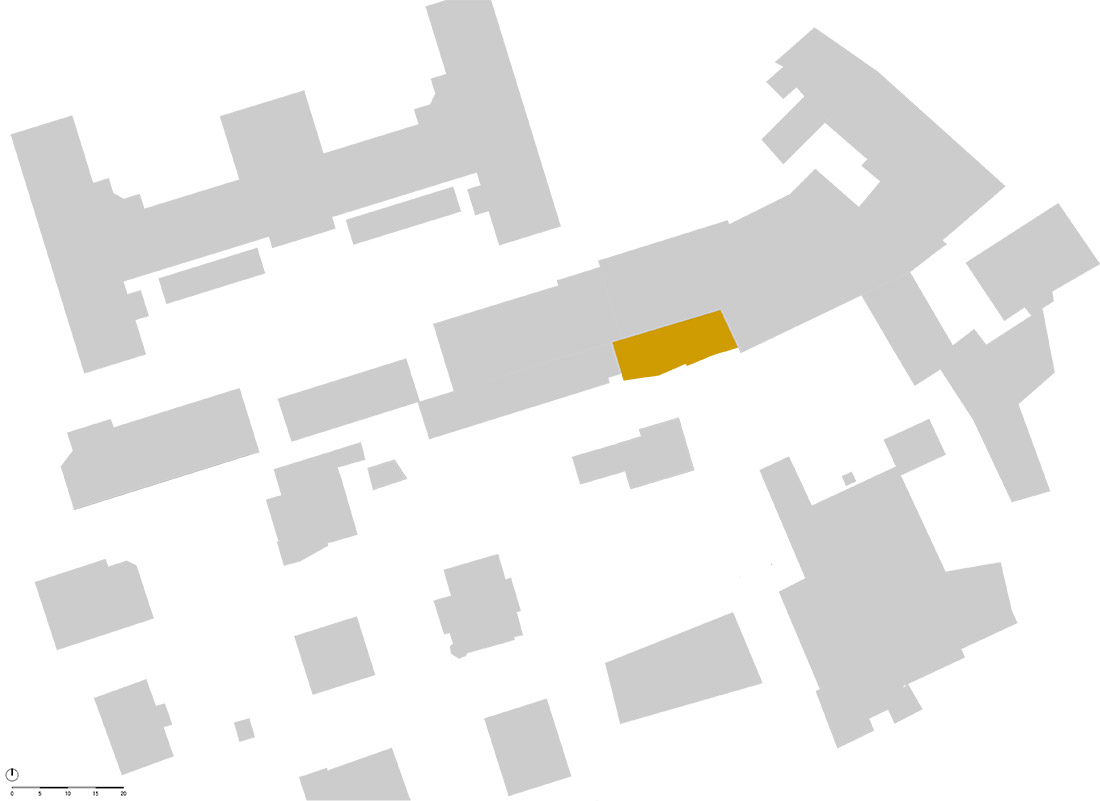 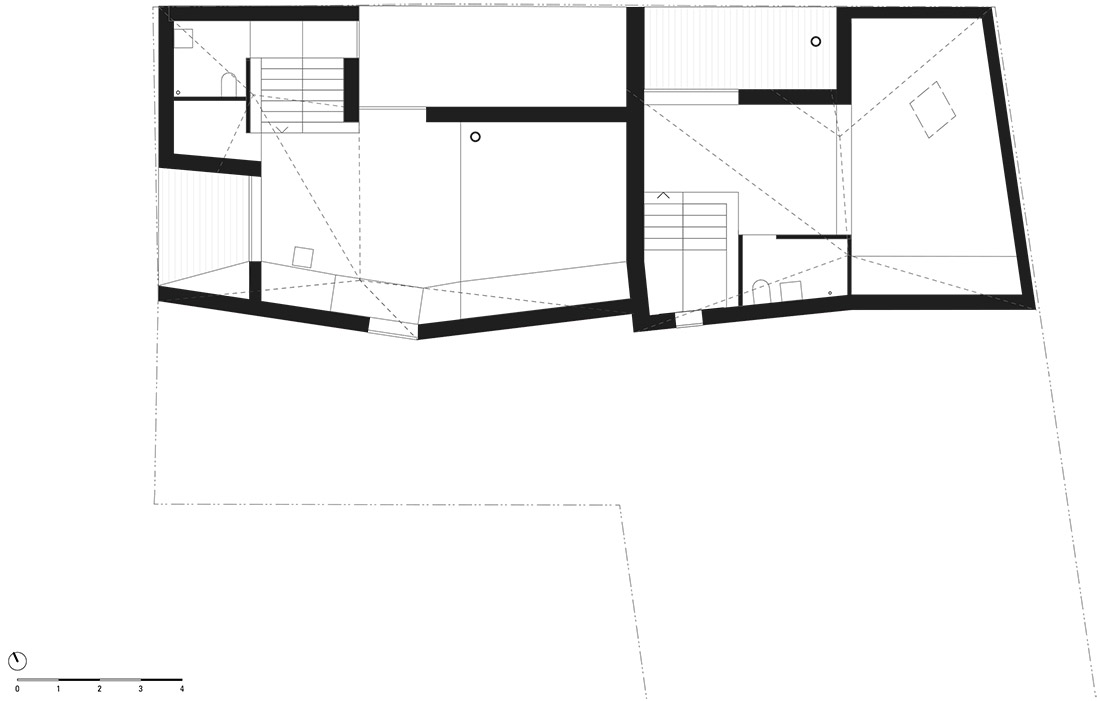 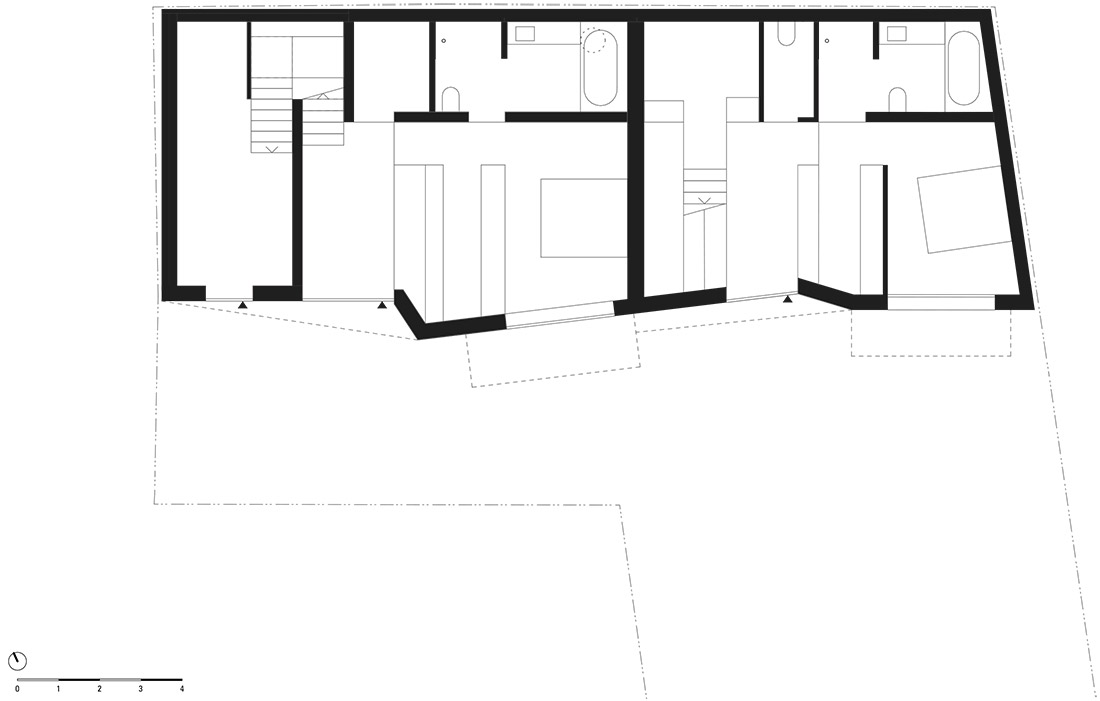 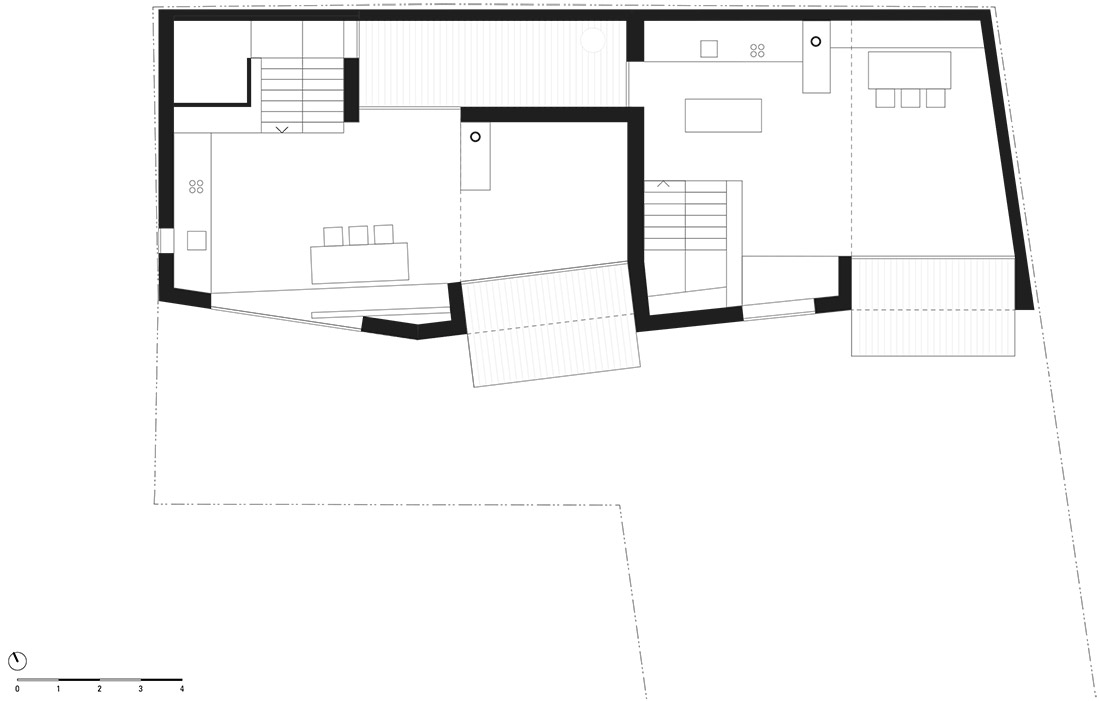 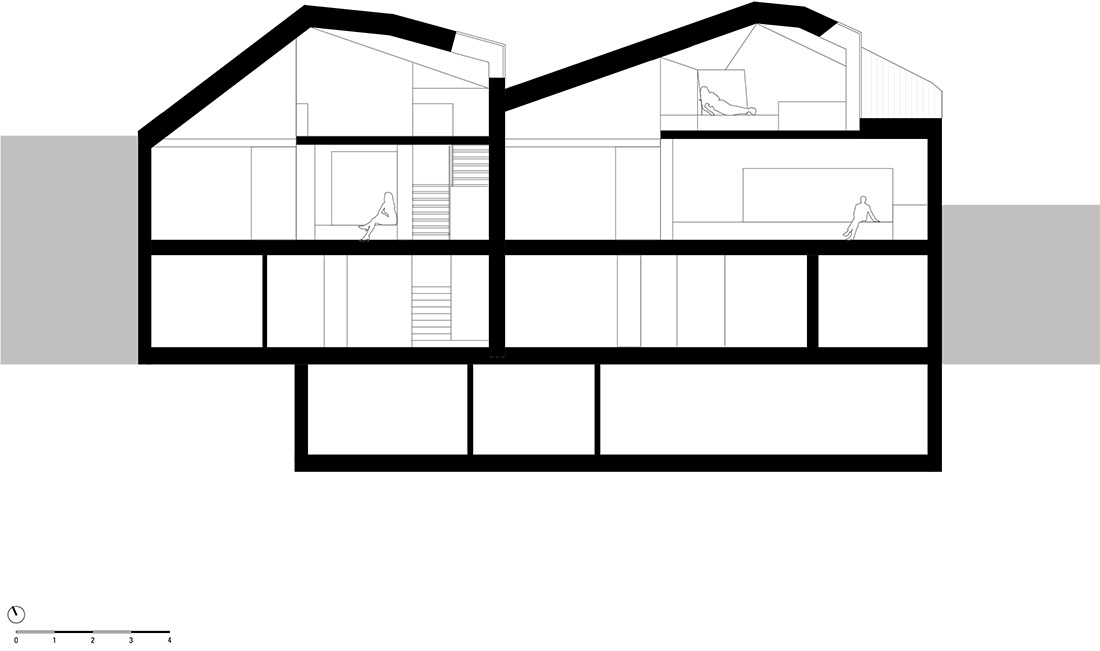