The church is built on the ground plan of a circle – an ancient symbol of heaven and eternity. The shape of fullness, the dot in the space of the settlement, its spiritual vanishing point, place to rest or gathering. In its form anticipates the inner silence of the entering person. The interior of the church creates the inner universe, the space for communication with God, simple, focused, pure recollection. It evokes a safe feeling, serenity, undisturbed by the outside world, evokes feeling like in the mother’s womb. The soft and austere curves of the building create a dematerialized interior space further formed by light from the upper annular window encircling the church under the roof. This 80-meter-long window depicts a rainbow as a symbol of God’s people’s covenant with the Lord. The asymmetrical dome is cast into plank landscapes, the matrix of which resembles a fingerprint, God’s finger symbolizing God’s touch. 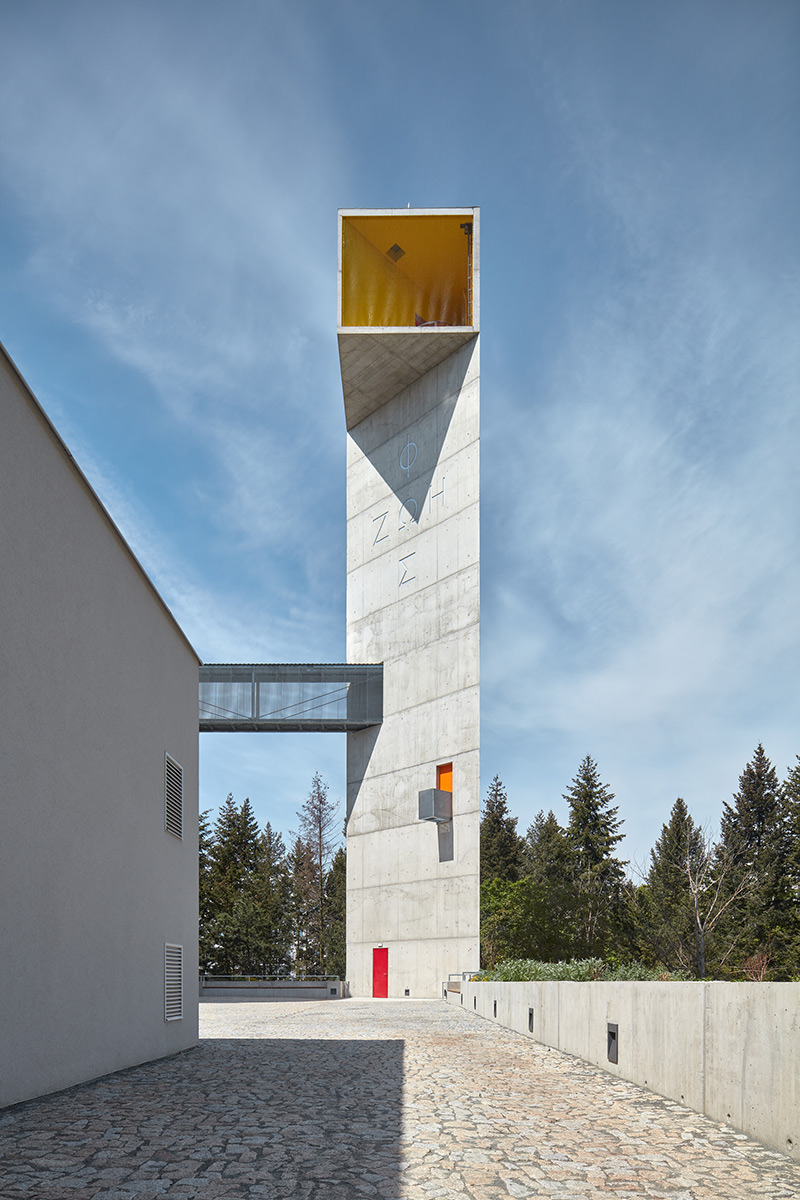 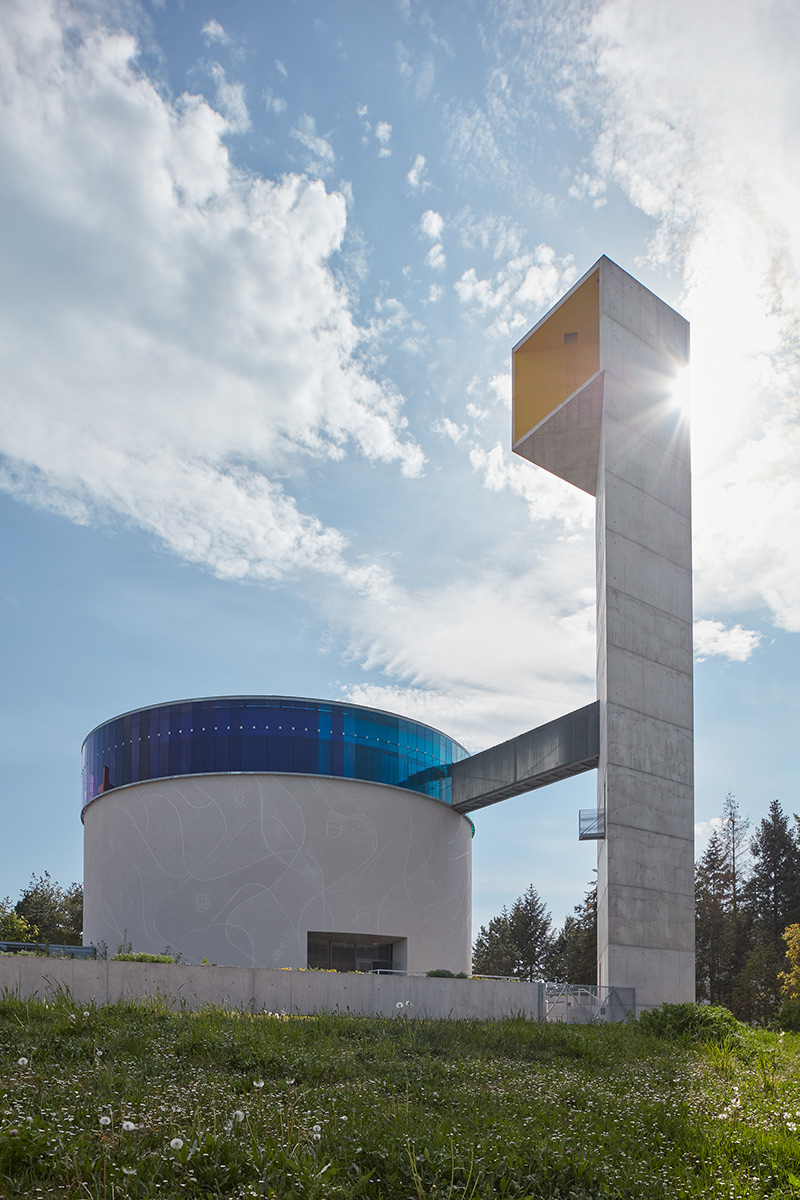 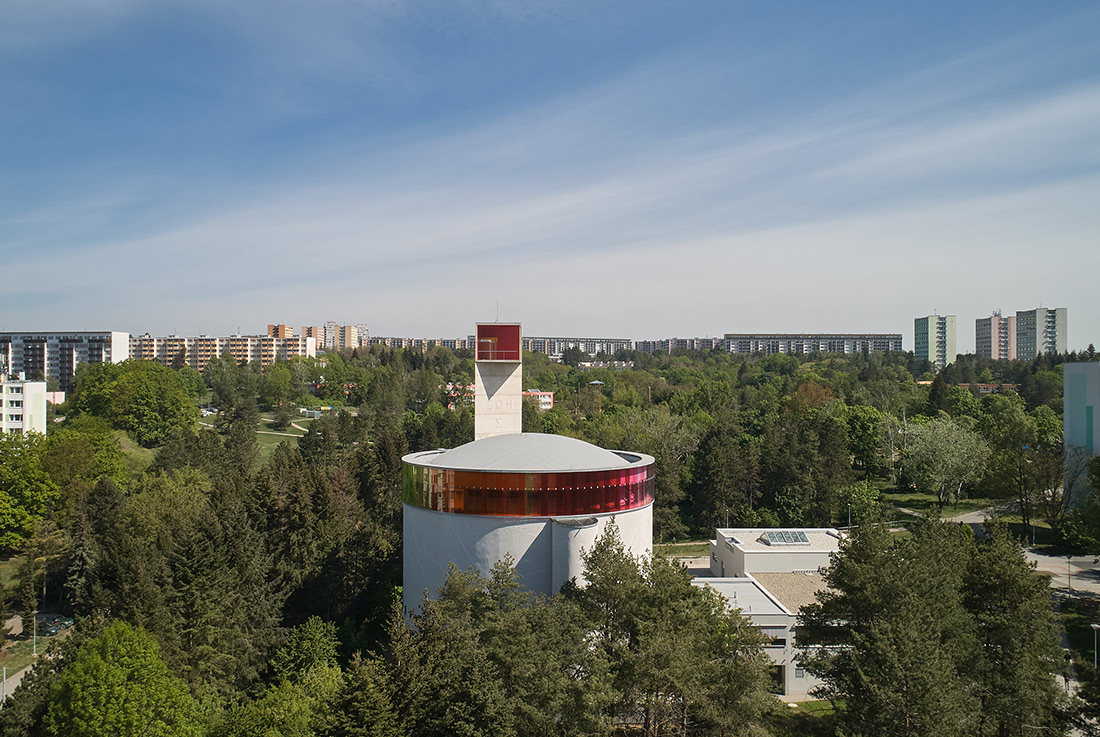 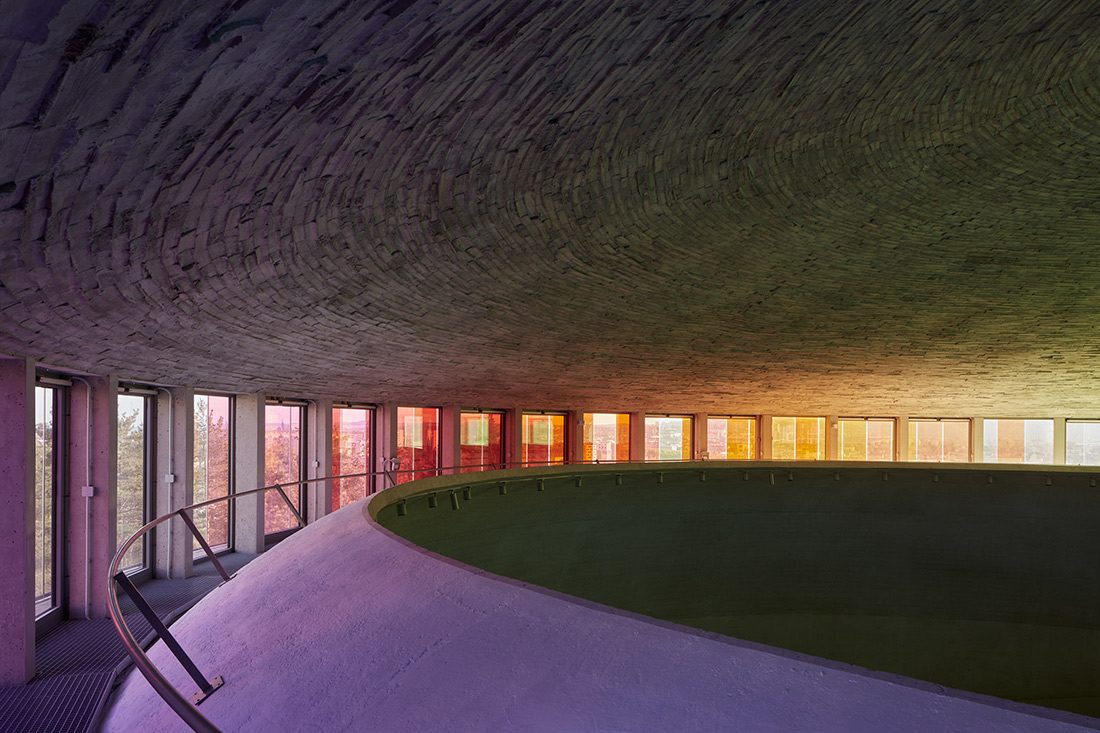 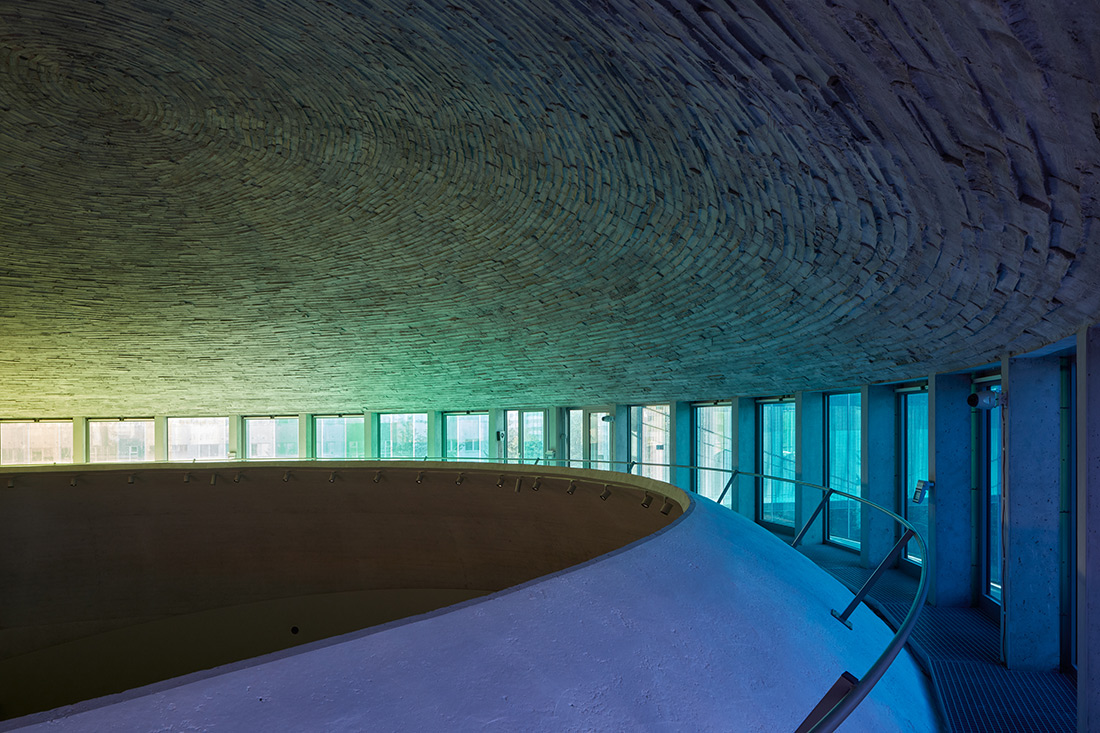 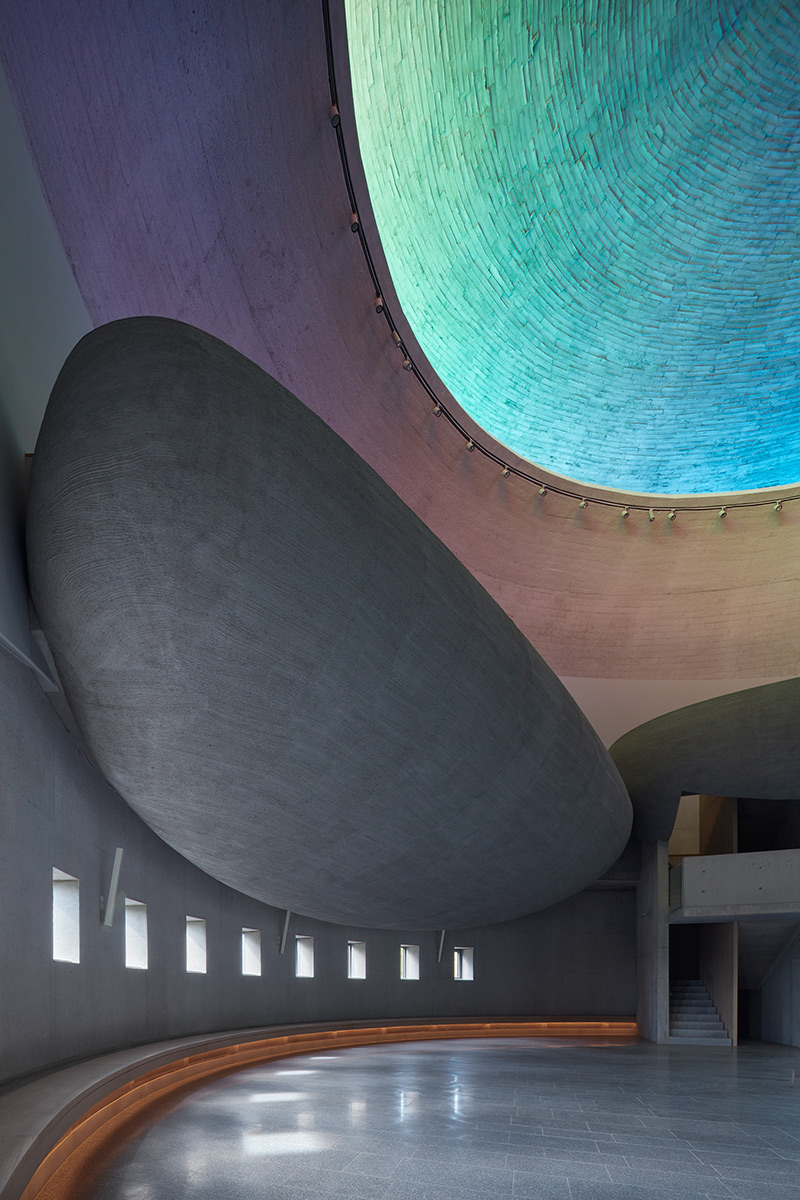 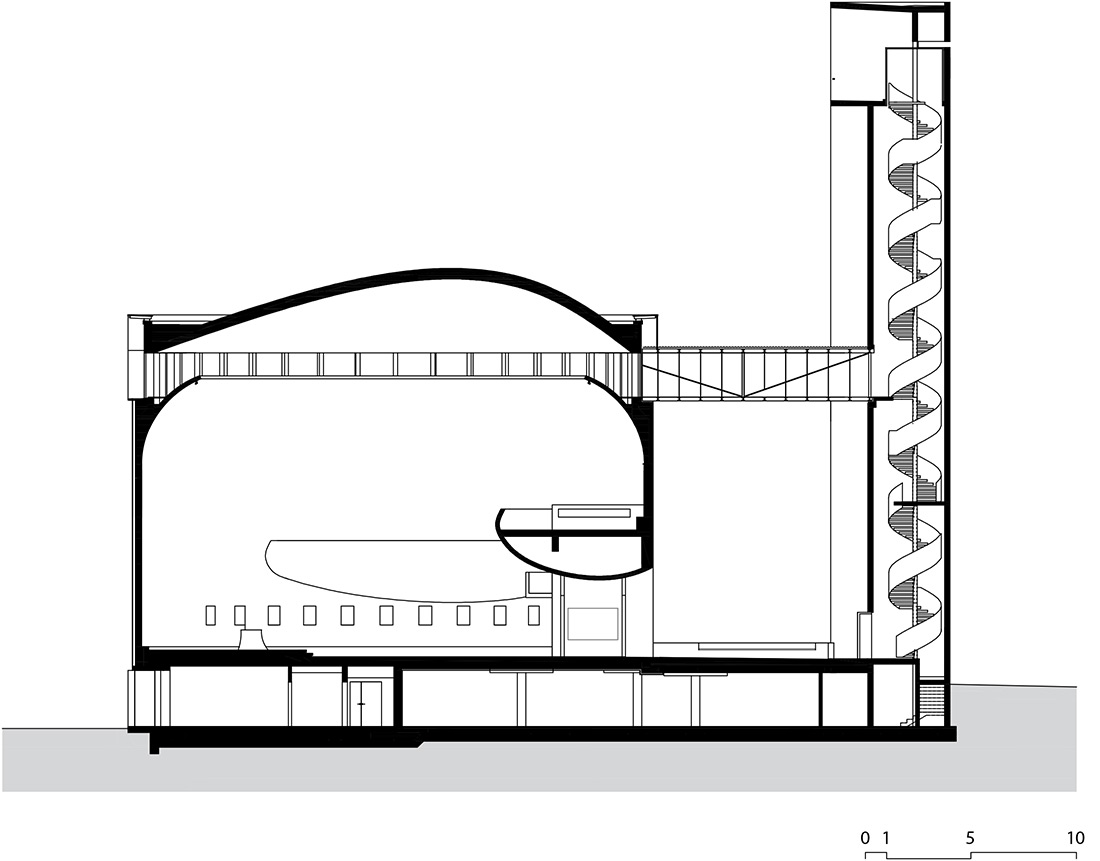 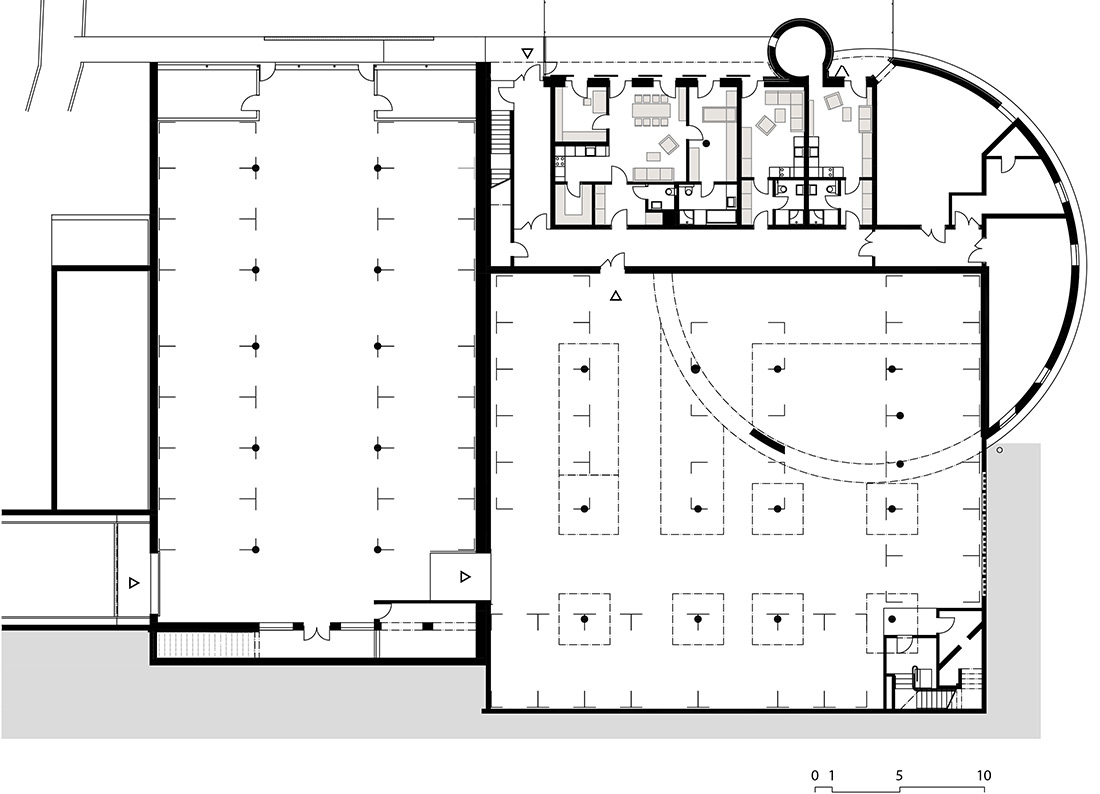 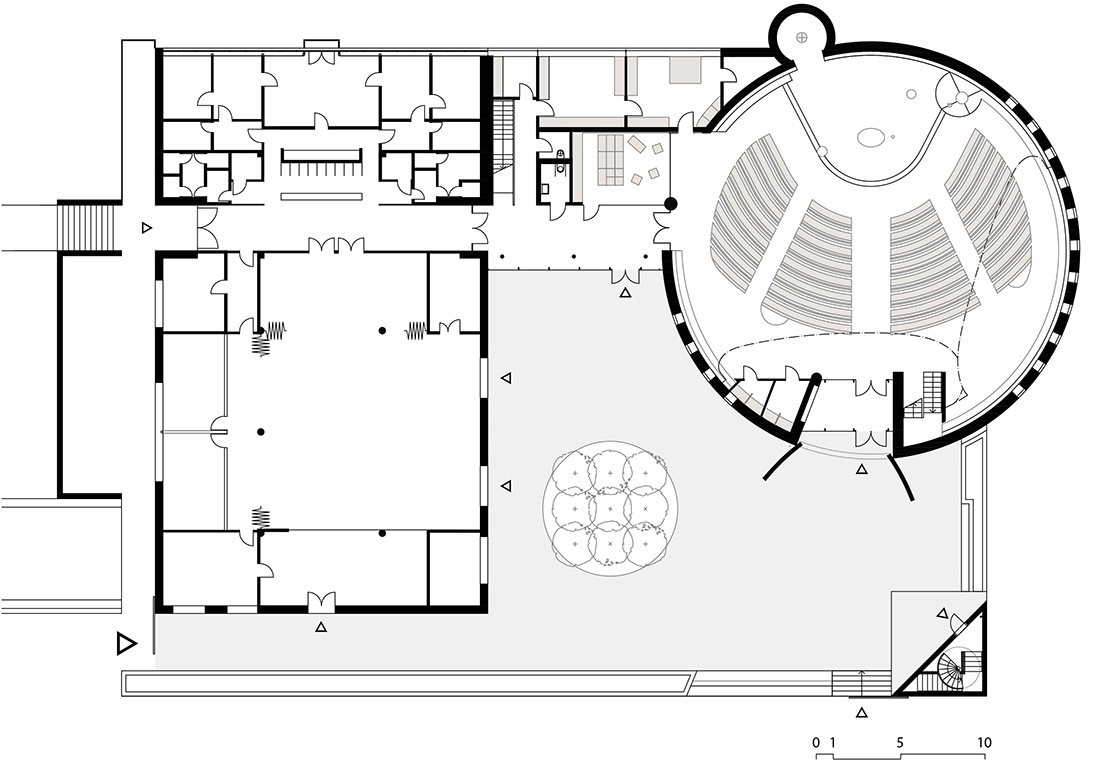