The public competition for Gordan Lederer Memorial was announced in 2014 by Croatian Radiotelevision – HRT as part of a plan to mark all the locations where HRT cameraman and photographers were killed during the war in Croatia in the 90’s. Gordan Lederer was killed on 10th of August 1991. by a sniper shot while filming on Čukur hill in Bania region in Croatia.

Competition was won by NFO architecture studio and sculptor Petar Barišić with a proposal called ‘Broken Landscape”. The memorial was unveiled in august 2015 on the 24th anniversary of Lederer’s death.

Gordan Lederer Memorial emerged as a multidisciplinary process between architecture and sculpture. This duality developed a project that combines different approaches to the same subject matter, understanding the problem through a number of aspects.

From the very start it was clear that the base of the project was already given by Lederer himself selecting the location for his final session. The challenge of the location, Čukur hill, which offers amazing view of the Una river valley, became the starting point of all concepts, more or less successful. Discussions and sketches that have marked most of the creative process led to the concept that eventually remained clean and striped of unnecessary layers of meaning or expressiveness but still with opportunity for individual interpretations.

Memorial ‘’Broken Landscape’’ consists of access path and a broken camera lens. The path, designed as a pathway of Lederer’s life, is encrypted in the concrete slabs laid on the grass. Coding is performed in such a way that the concrete slabs are ‘’chained’’ in black steel frames, each engraved with the year of Lederer’s life in negative as an interpretation of film frames. The path goes tensely through natural terrain leading to the last slab, a memorial plateau, without a number, representing the year of his death. Bench on the memorial plateau is reduced to the maximum and is really just a part of the path that gently raises from the ground indicating the end of the path and a final view in real and figurative sense Through the text placed on the memorial plateau: ‘’ … now that August mornings are peaceful and at ease, a bright melancholy in Gordan Lederer’s eyes beams through the dawns of Banija…’’ visitor enters the contemplation and observes the Lens.

The Lens alone, thrown in the grass in front of the plateau directs visitors view to the valley looking at “the last shots” that Gordan Lederer took. The glass membrane pierced with a shot from a sniper, stops visitors glance for a moment and confronts them with the reality of events on that location. In the same time perfect stainless-steel circle suggests the continuity of life, framing view of the same landscape filmed 24 years ago at the same place. Viewed from the River Una Valley, Memorial is dematerialized as a sun glint reflected on the broken lens surface. 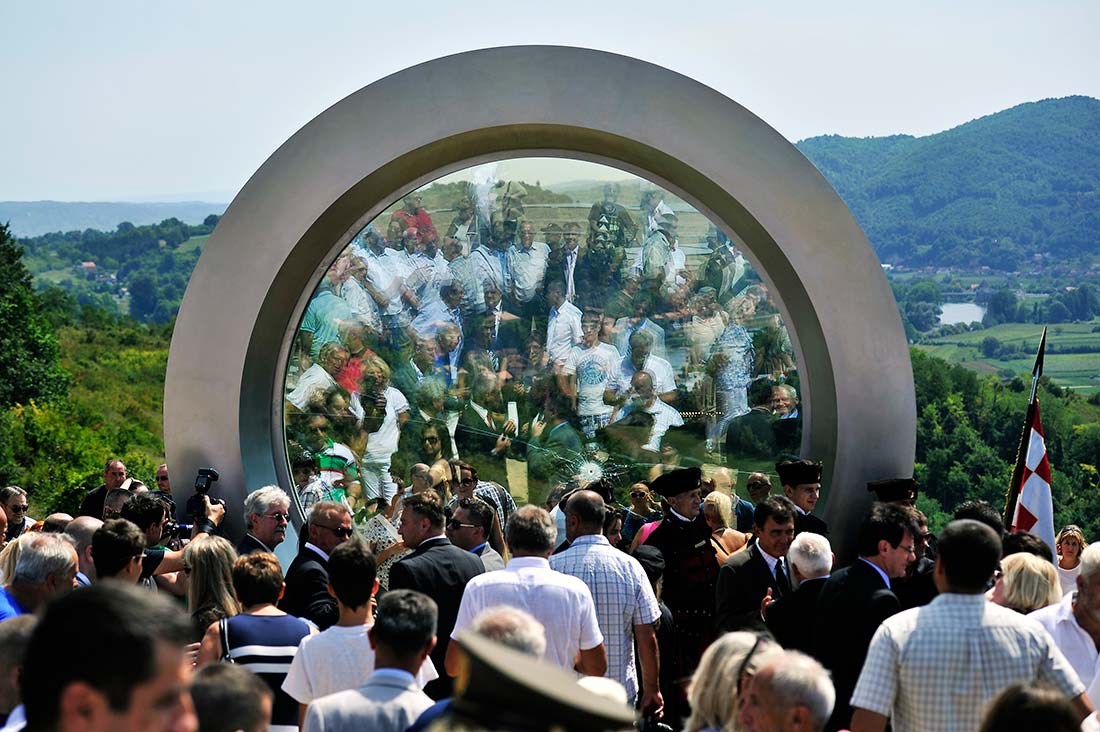 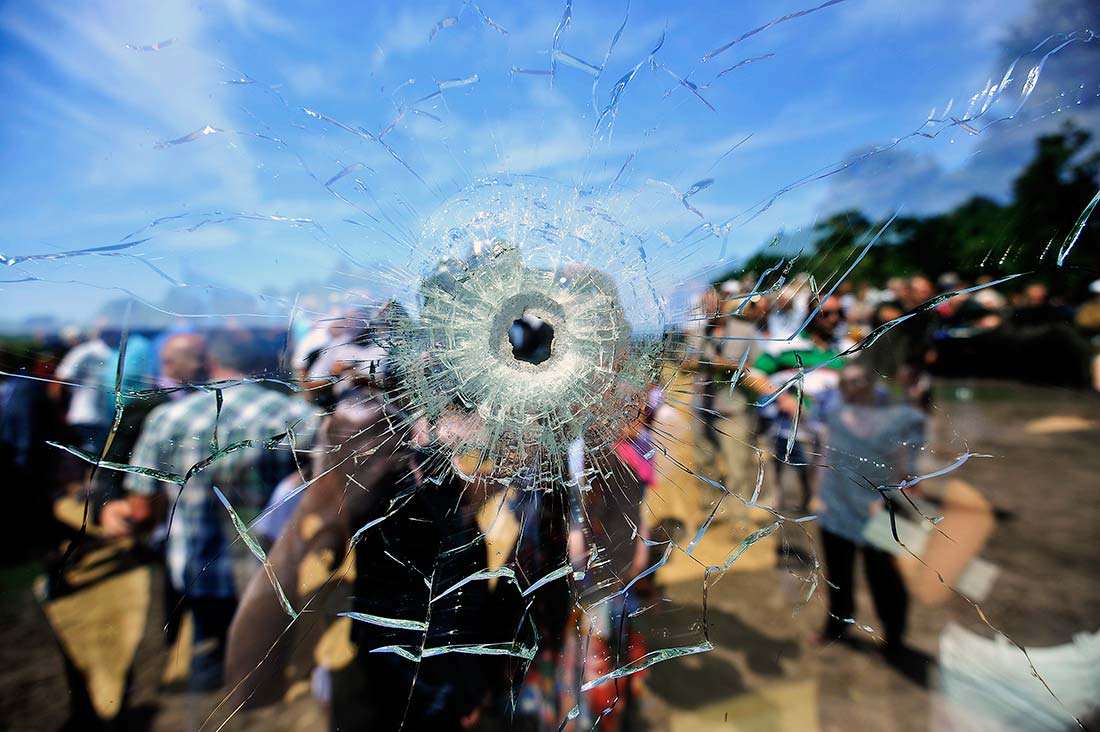 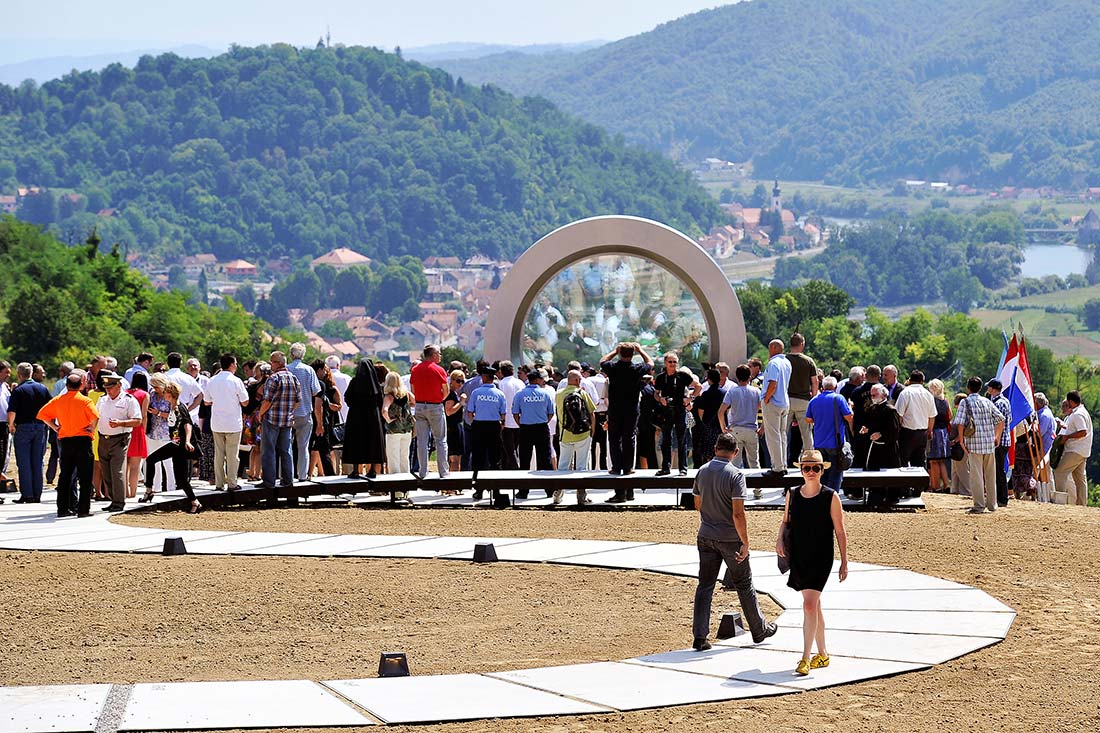 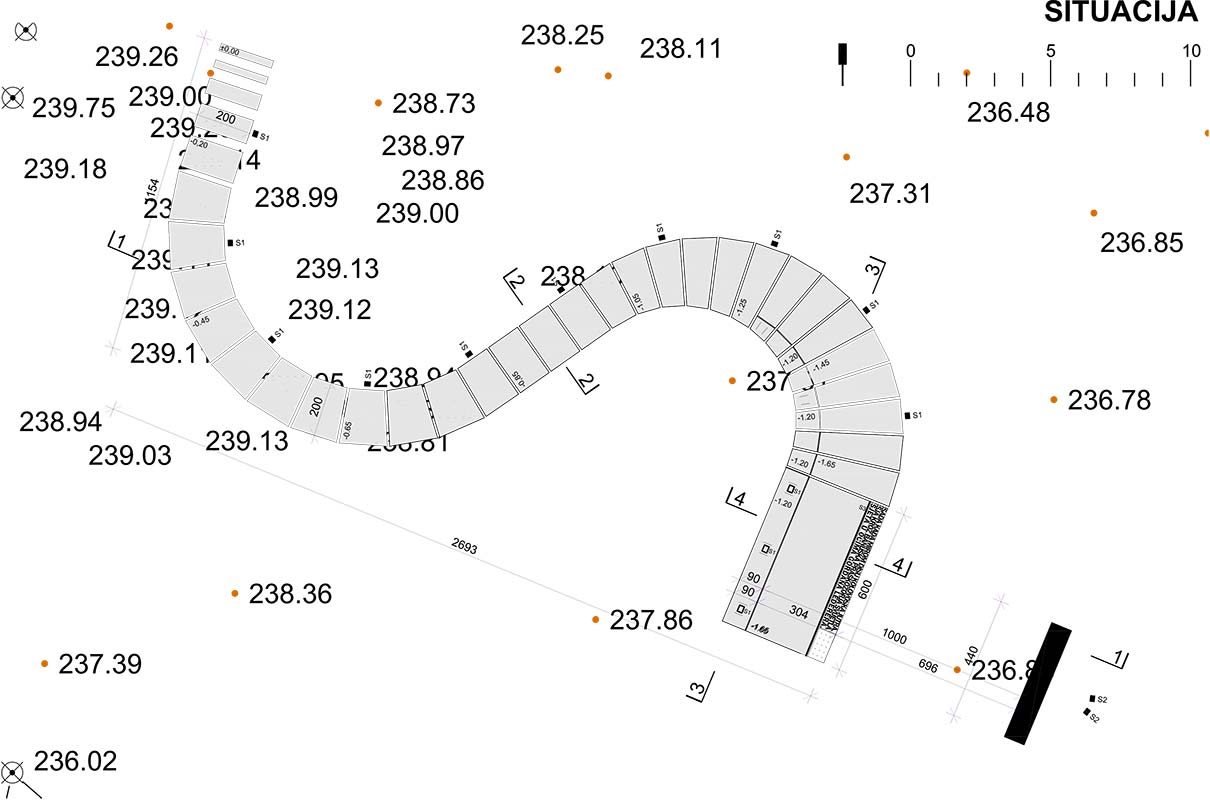