The apartment is located in the Athenian neighborhood of Neapoli, just beneath the Hill of Lycabettus. Despite the fact, that the building is a representative example of a ‘mass production’ apartment building of the 1960’s, the interior of the flat revealed interesting construction details of that era. Therefore, the aim was not only adjusting the apartment to its new owners’ contemporary needs, but also respecting its existing character by retaining and restoring all the representative elements of that time such as the herringbone oak floor and different terrazzo floors that become the highlight of the space. Mid-Century Modern furniture was used in the main spaces, referring to the decade of the apartment’s construction, along with soft colours that highlight the floor, the furniture and the owners’ art collection. The redesigned bathrooms were cladded with terrazzo tiles, creating a distinct continuity between ‘old and new’.

What makes this project one-of-a-kind?
The design is an ode to manual construction work, giving a new contemporary identity to the characteristic architectural elements of the Athenian 1960’s, through the careful use of materiality and colour. 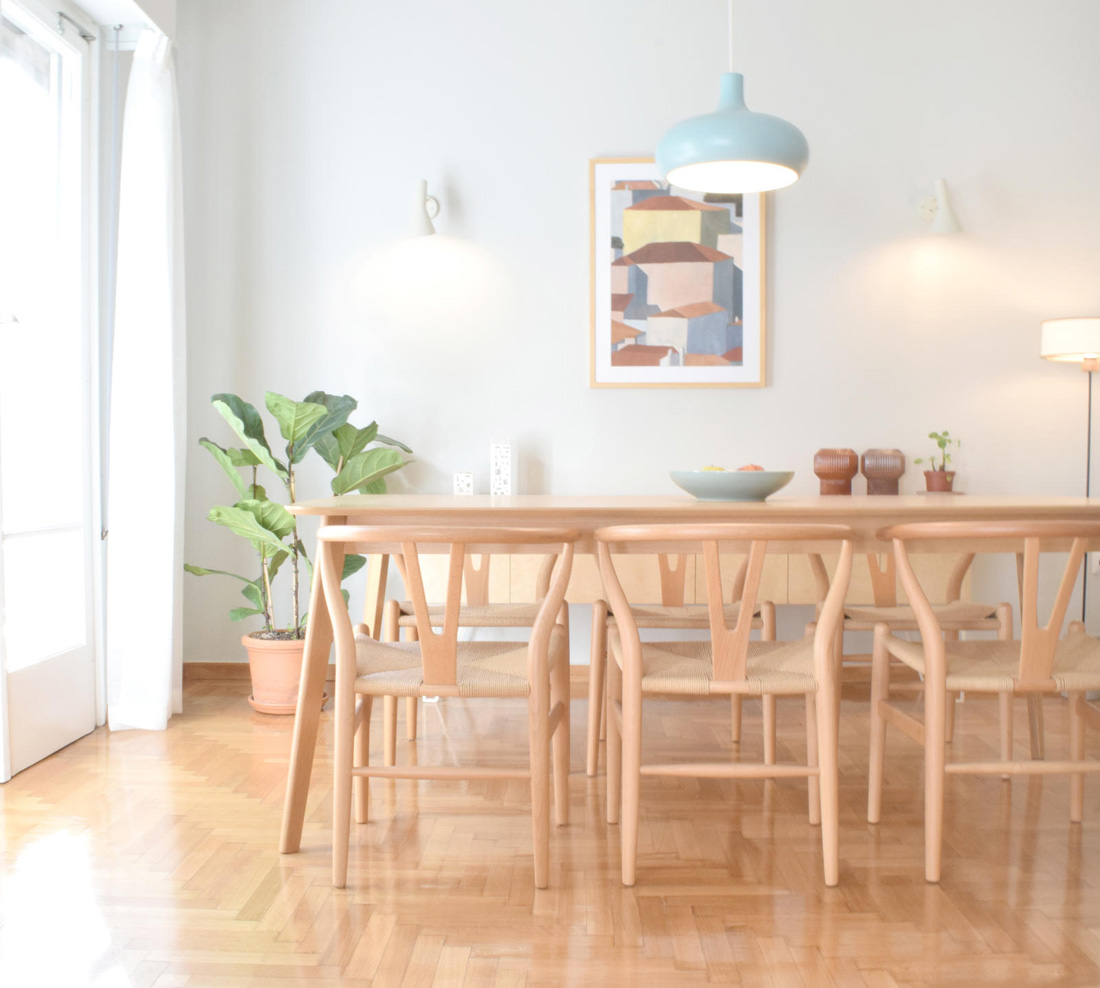 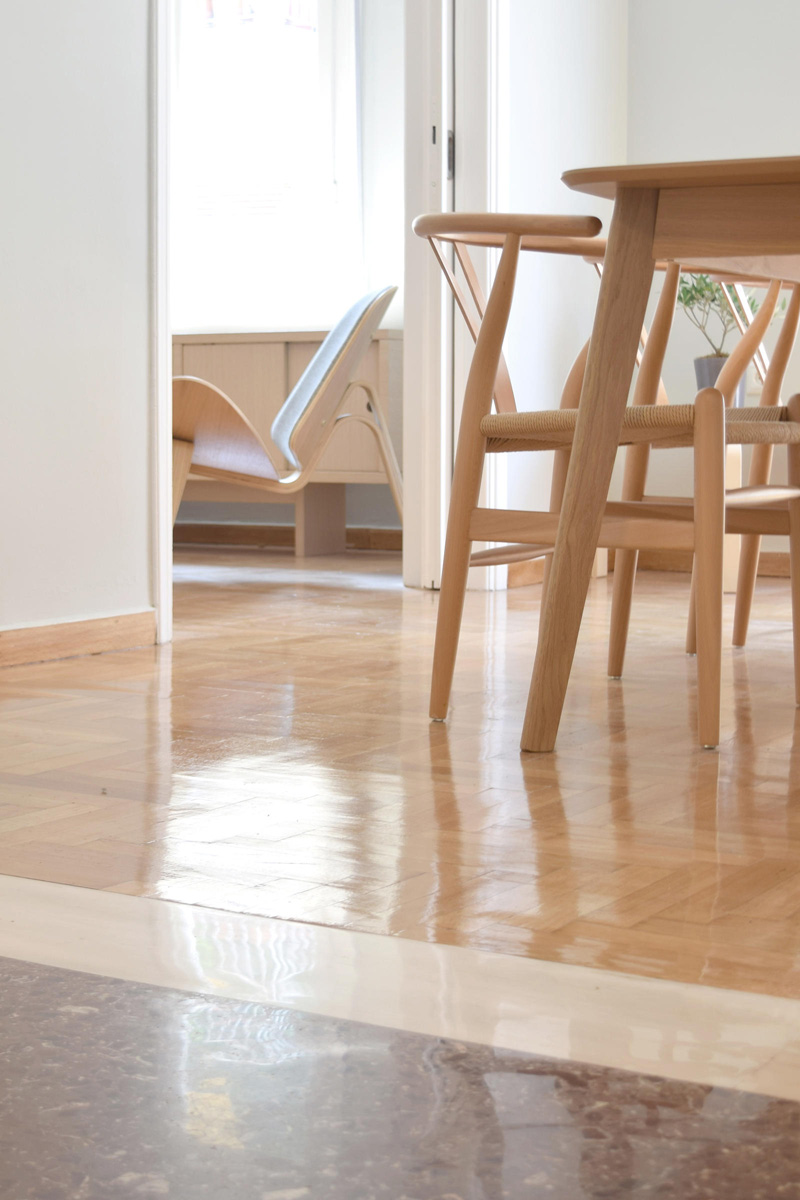 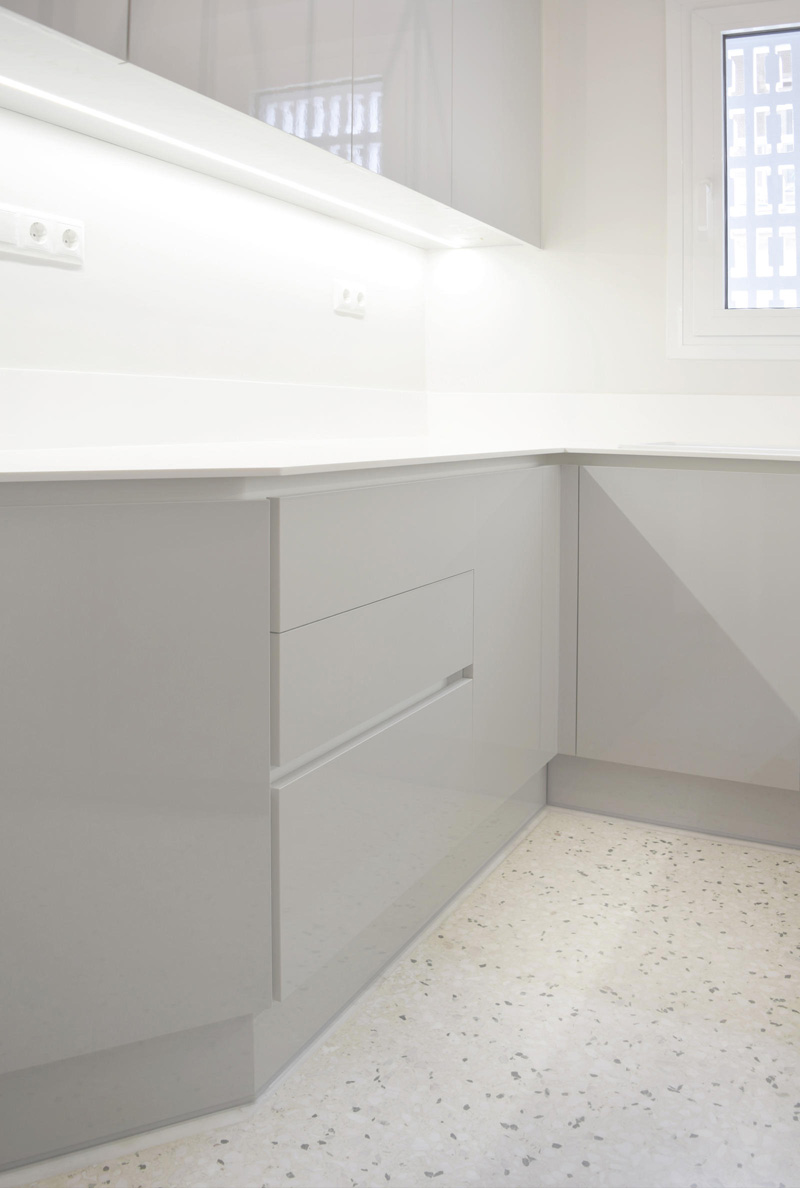 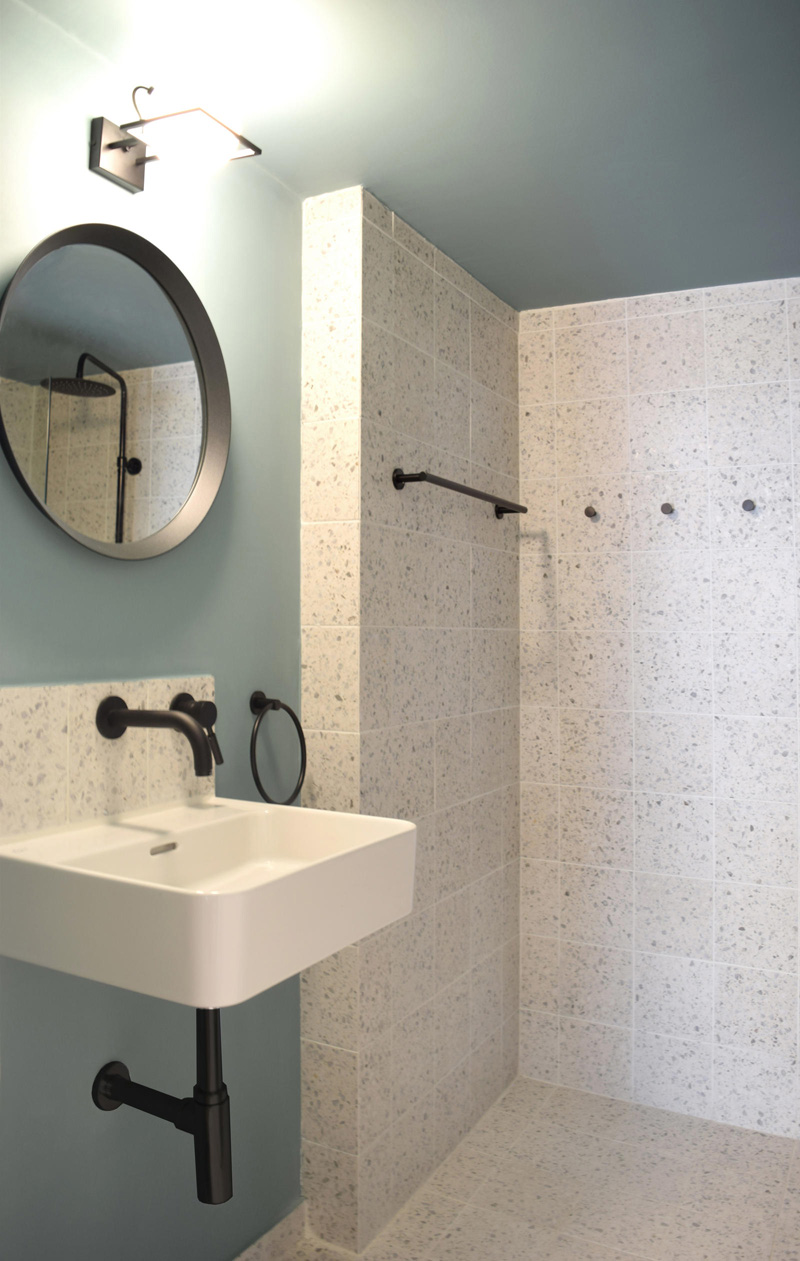 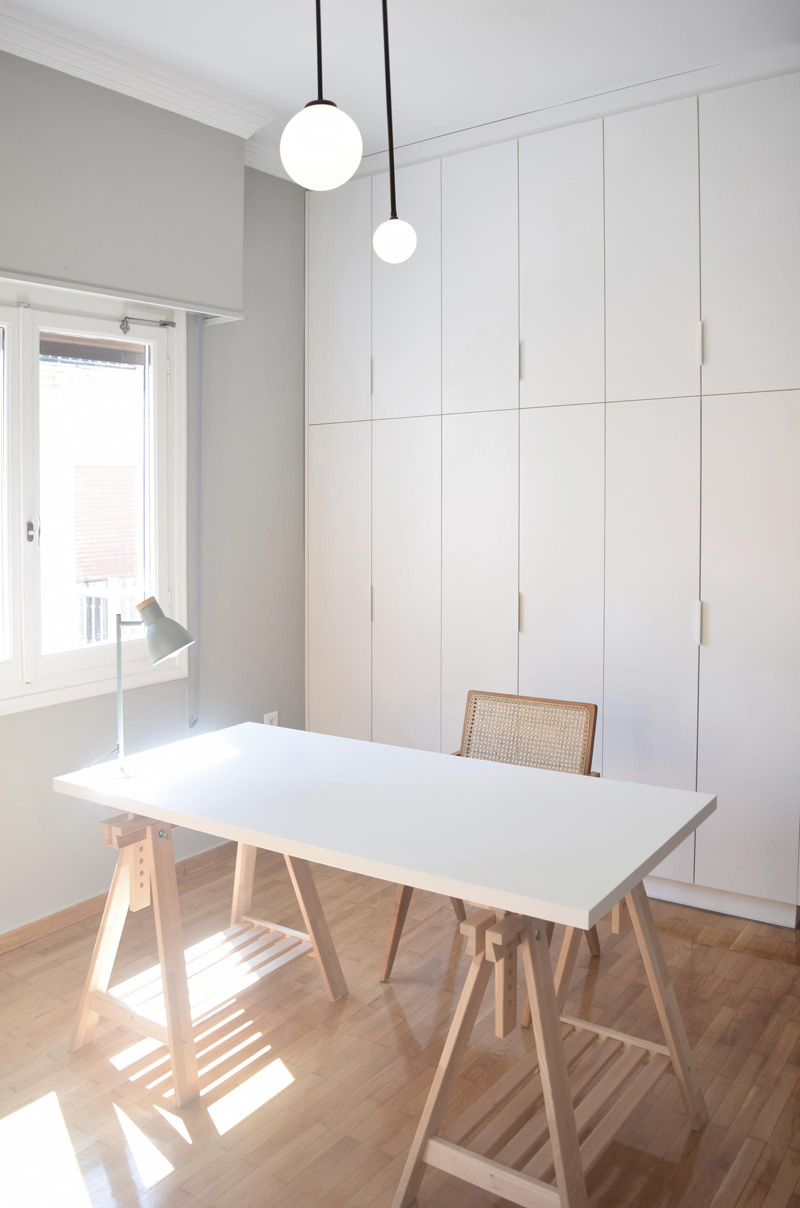 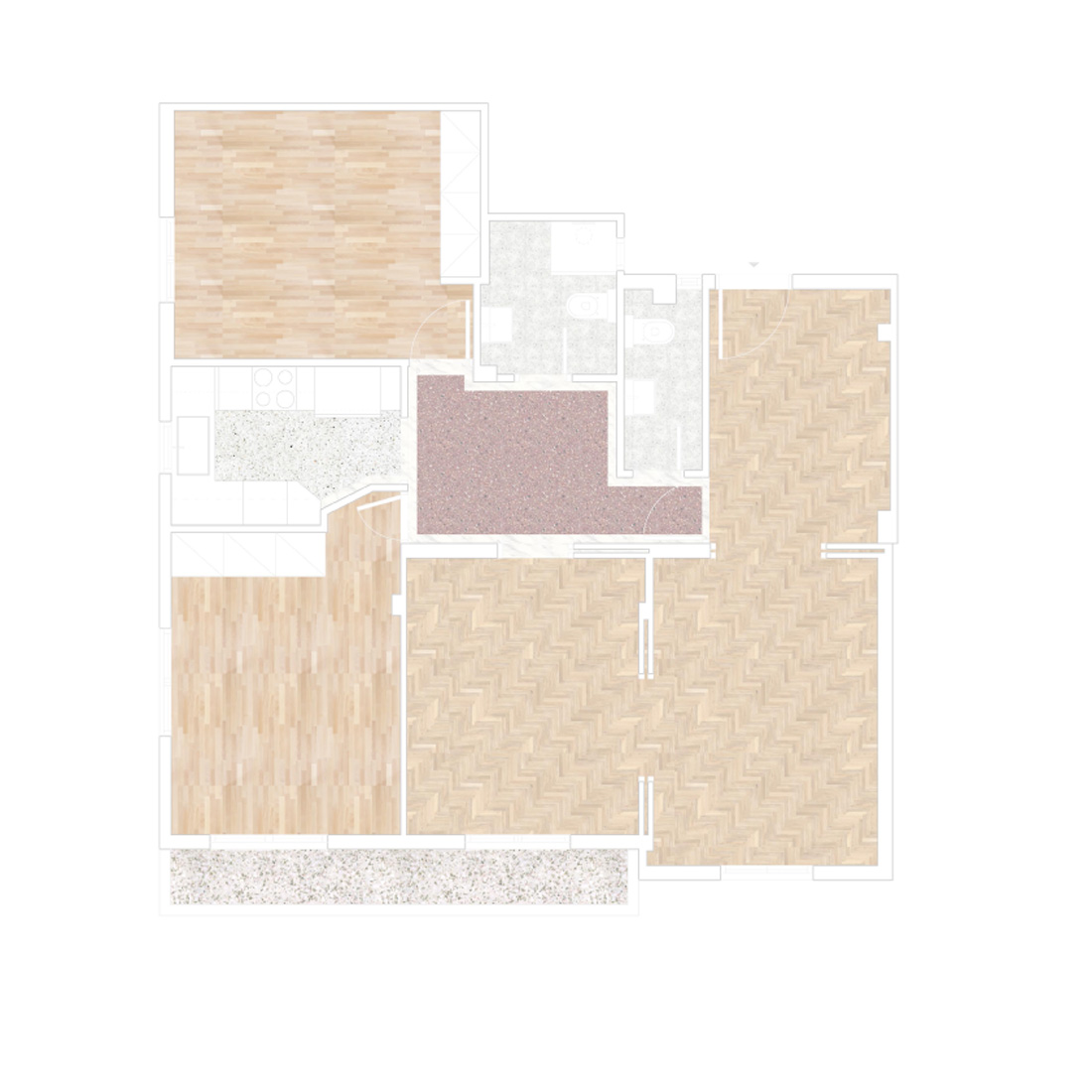