Waterfall, rocks and fallen trees – bridge in the forest

In 2012 twelve students of architecture from Transylvania, Upper Hungary and Hungary decided to work together and using their own resources, create something of lasting value, which would enrich them and the small village of Gyergyócsomafalva. The location for the project was – the environs of the Kőzúgó (‘roaring on rocks’) waterfall. Because of a steep rock face, the stream could only be crossed by walking over two fallen trees across the stream. It took four days work for the team to build a wooden bridge, which was inspired by the contours of these trees and made an organic part of its surroundings. By summer 2017 the wood of the trees originally used for the bridge had grown old and the bridge gradually collapsed into the stream. The team gathered once again and were joined by other young people who wanted to participate in the collective project. The beams of the ‘old’ bridge were reused to build a new dam; its floor cladding serves both as a water channel at a small spring and was handcrafted into a traditional chair. They built the new bridge with their own resources and with support from the local forestry, so now the waterfall in the depths of the forest can be visited again. 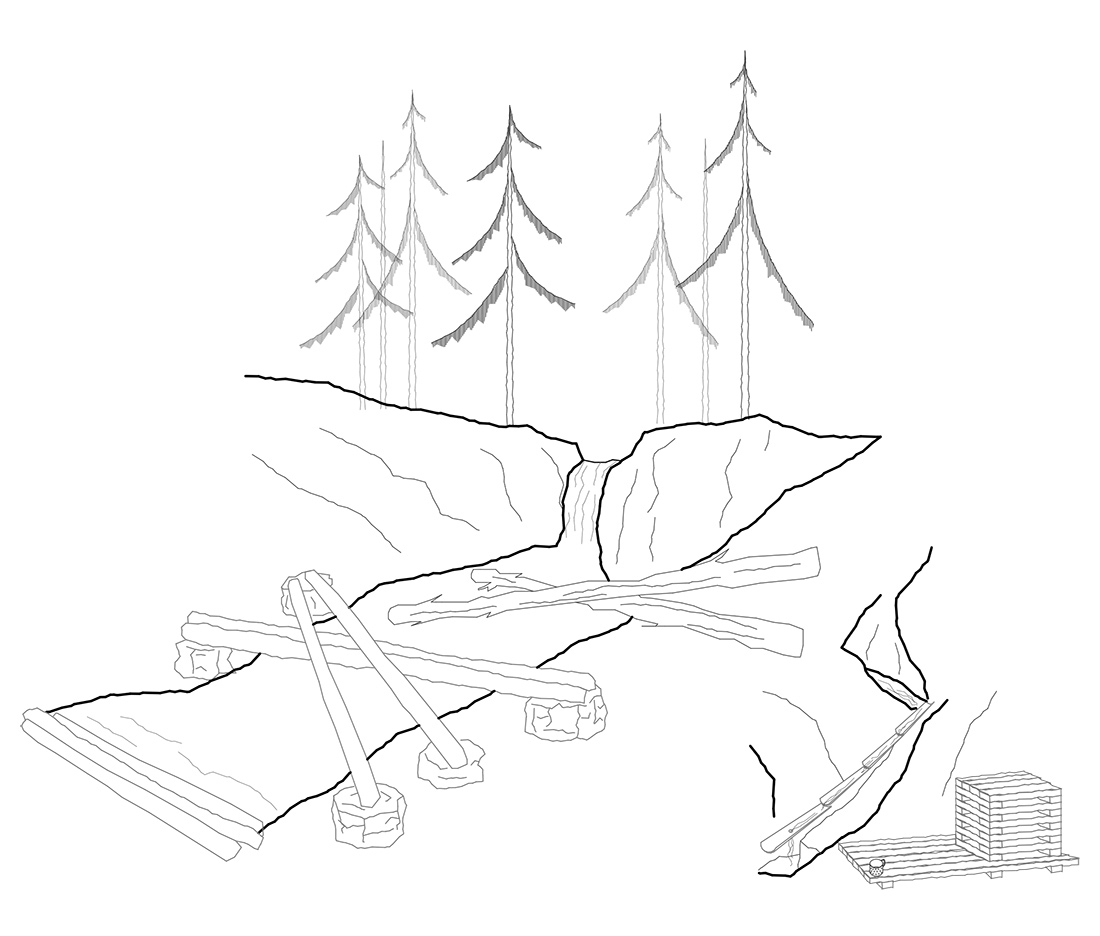 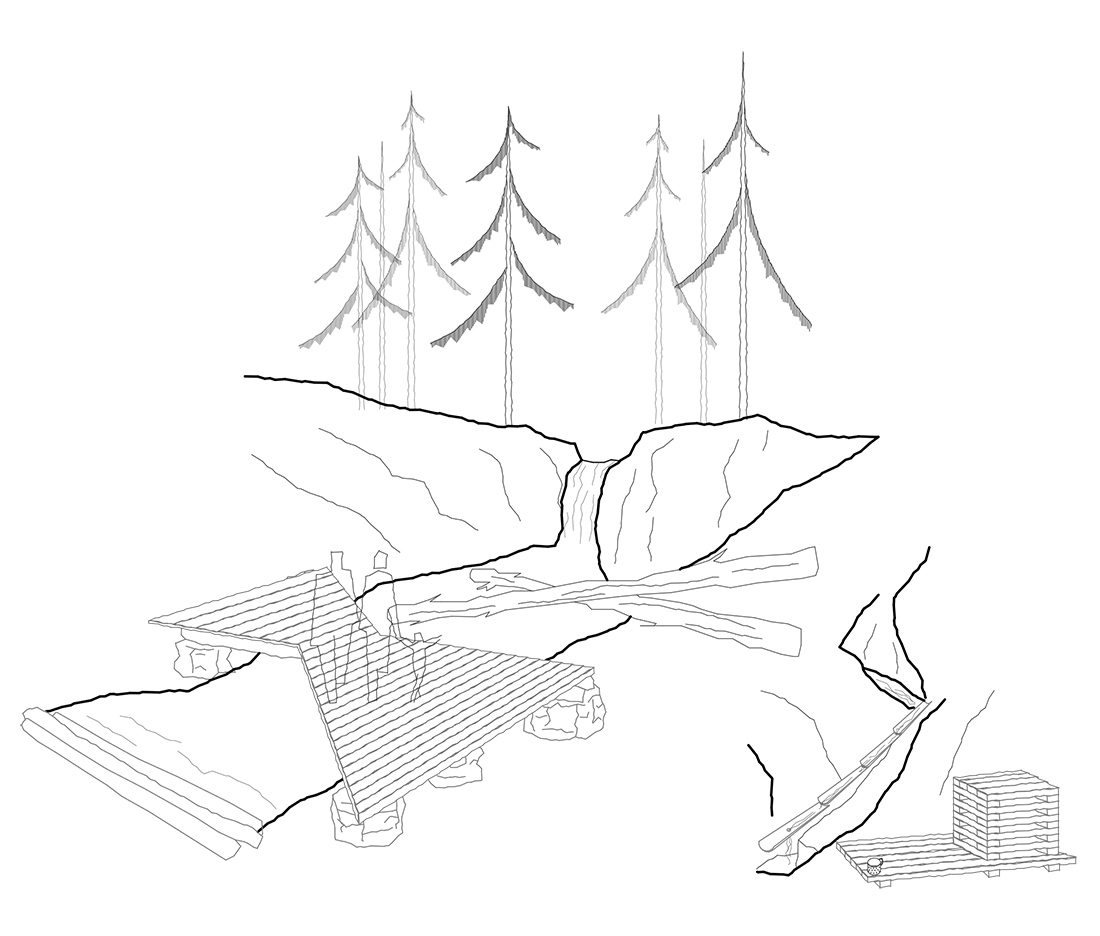 About the authors: In 2012 in a discussion got into shape the idea –  after two years’ experience at the Budapest University of Technology and Economics – to return home and build a commodity still as scholars. A group of students of the university, mainly Hungarians from abroad, gathered together to accomplish the task.

The story carried on, the town cared deeply about Kőzúgó and its surroundings. The voluntary work influenced the residents; thus, they finished the steps heading towards the bridge, moreover, a resting place got built near the waterfall. After many years, the bridge has become a symbolic structure which carries through fixities. It connected two groups: friends in Hungary, and Hungarians living abroad. Hungary and Transylvania, Budapest and Gyergyócsomafalva.