The scenic project for the Euripide’s tragedy The Trojan women is an idea of a landscape rather than an architectural presence in the suggestive environment of Greek Theater of Syracuse. But the nature brought to the scene is not flourishing or picturesque, it’s the devastated and devastating power of nature to debut on the ancient stage. The message of the tragedy is as clear as evergreen: any war is destructive, useless and there’s never a winner, no matter what either side of the battle believe. The project of the Dead Forest takes the idea of universal antimilitarism to an even further level: it zooms out from the wars between men to a global relationship between human species and nature. According to the idea of the Director Muriel Mayette-Holtz, the Trojan women are among us as the refugees escaping the destruction and disaster in their homelands in search of a better luck overseas. They are the victims of the terroristic attacks, confused and disoriented. But they are also millions of fir trees and spruces smashed down by the Vaia storm in the North-Eastern Italy, that have become witnesses and protagonists of the scenography.

This scenic project has lived before (as a forest in Northern Italy), during (as a protagonist of the tragedy on stage of the Greek theater), and after the representations, as a productive material and as a new-born forest in the periphery of Syracuse. It is a confirmation that a 2000 old text can speak of the most contemporary issues in a powerful language of nature. 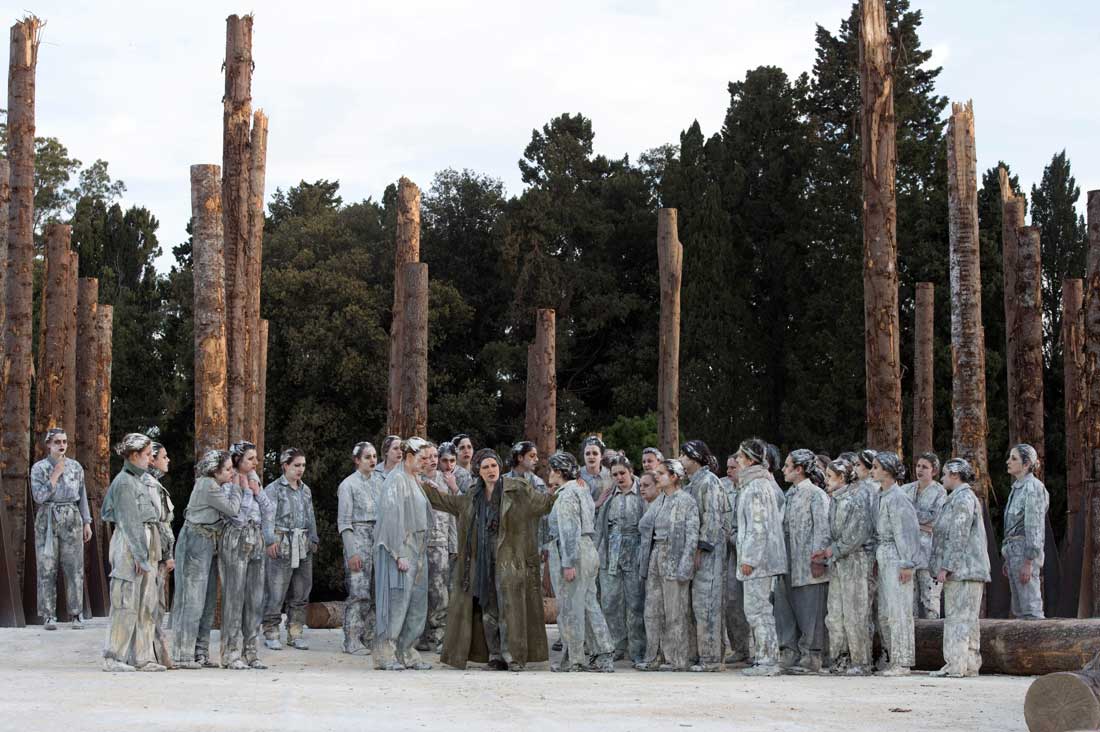 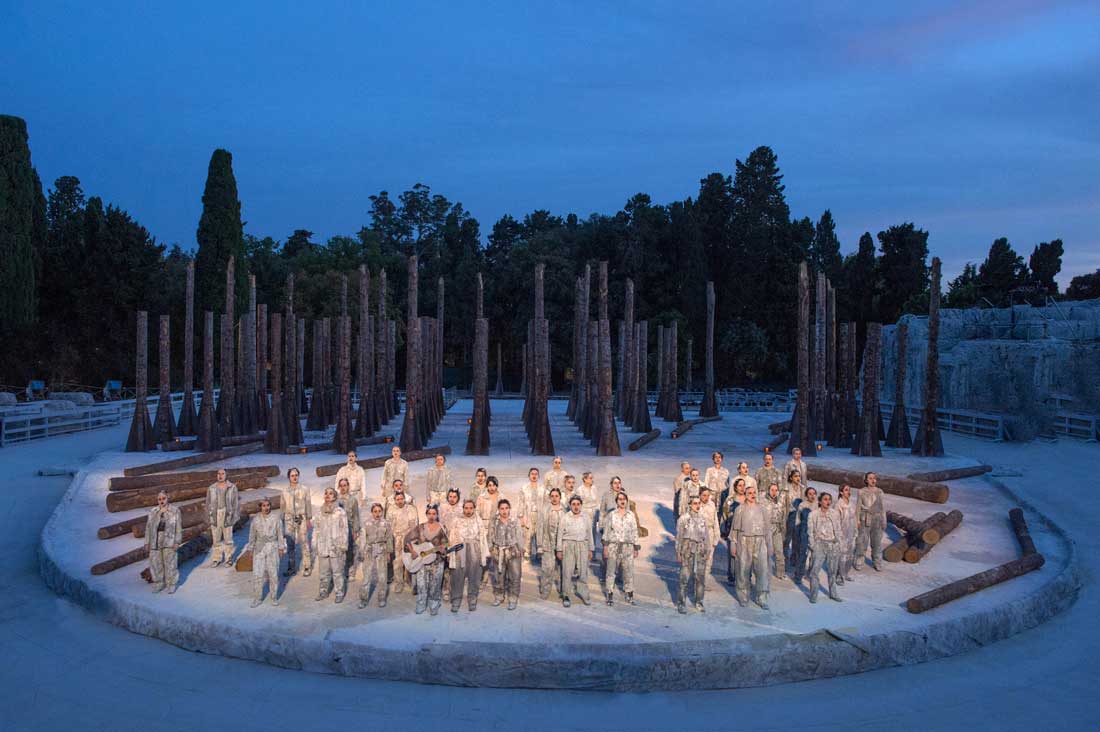 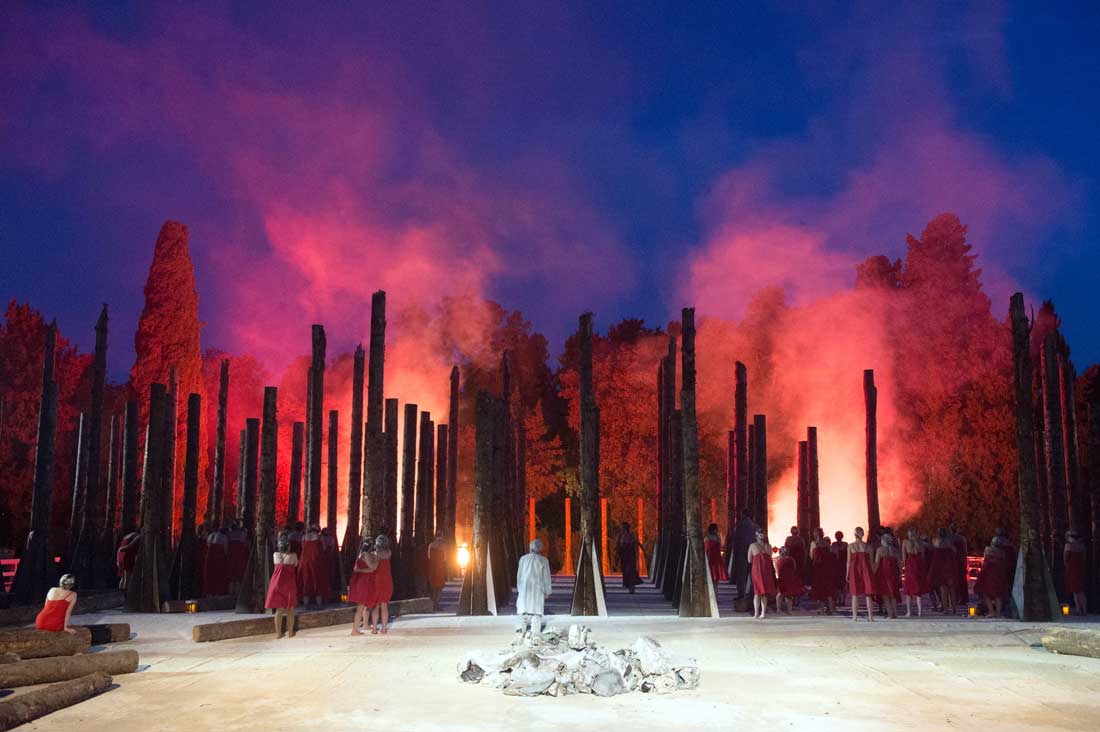 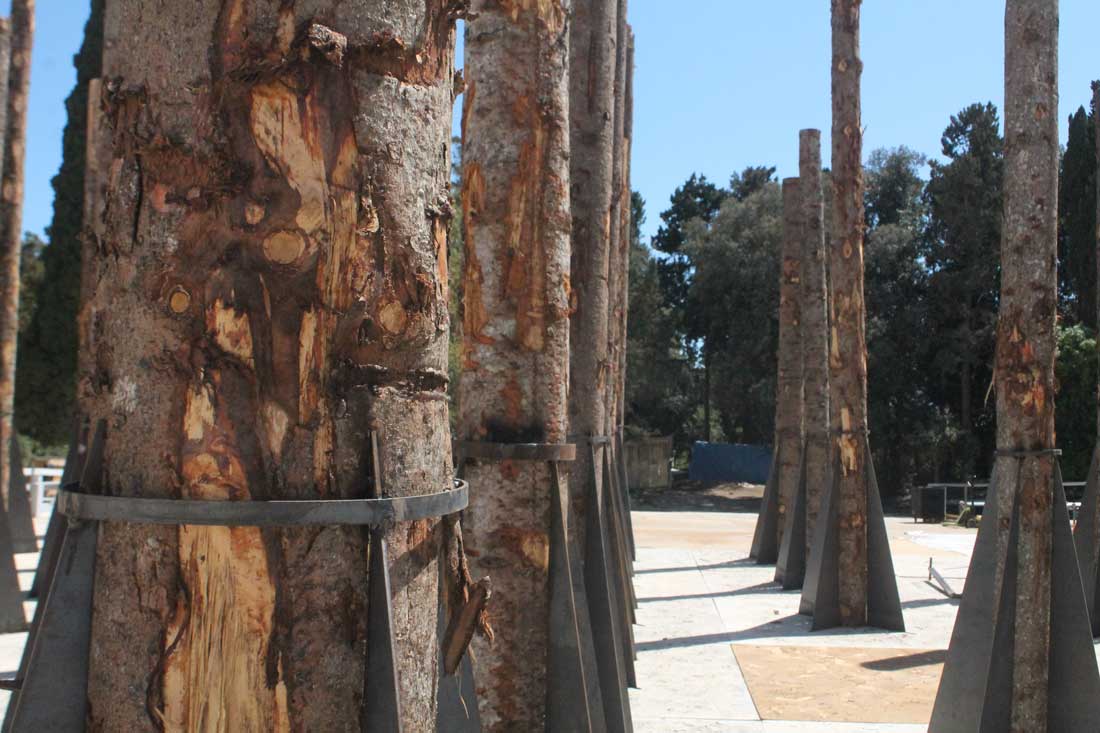 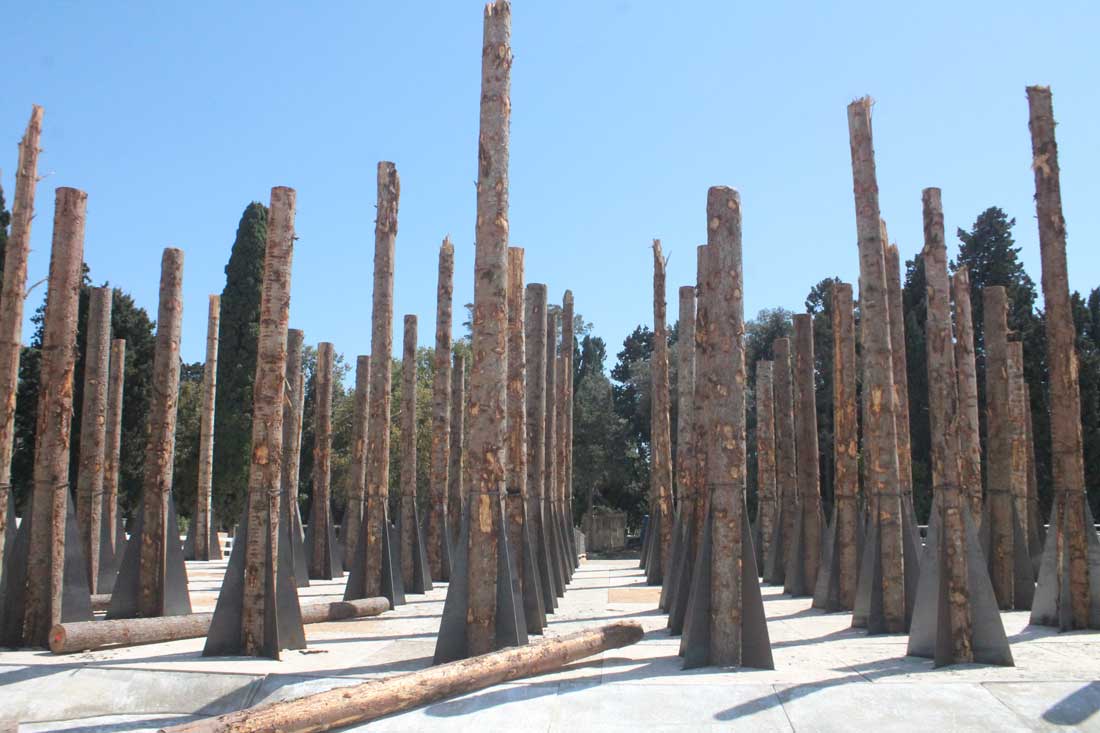 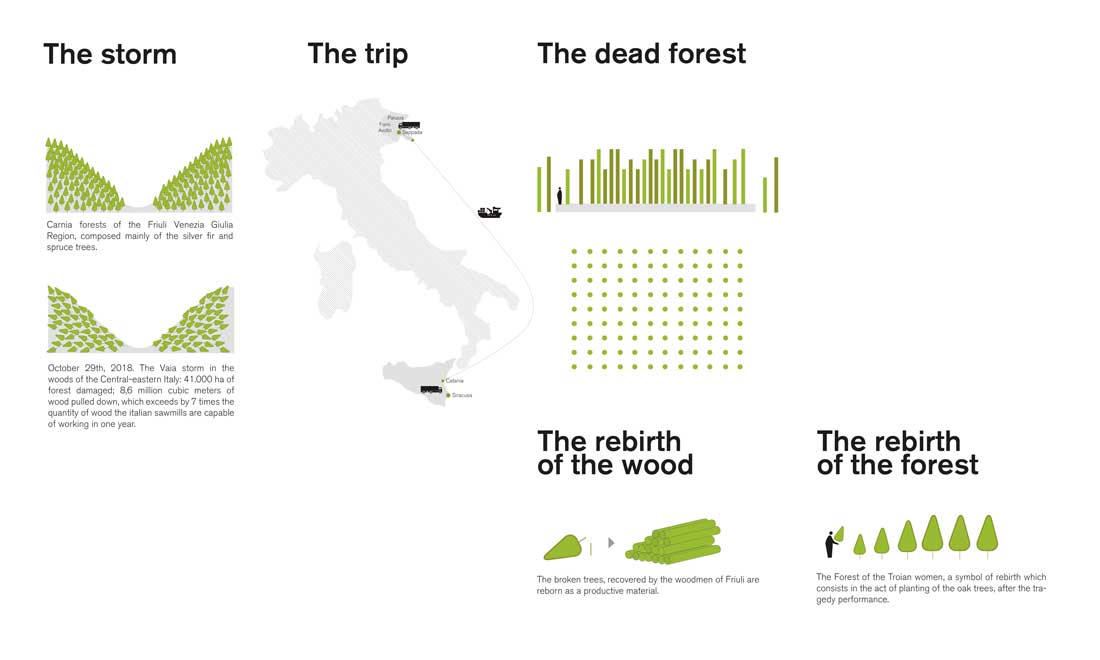 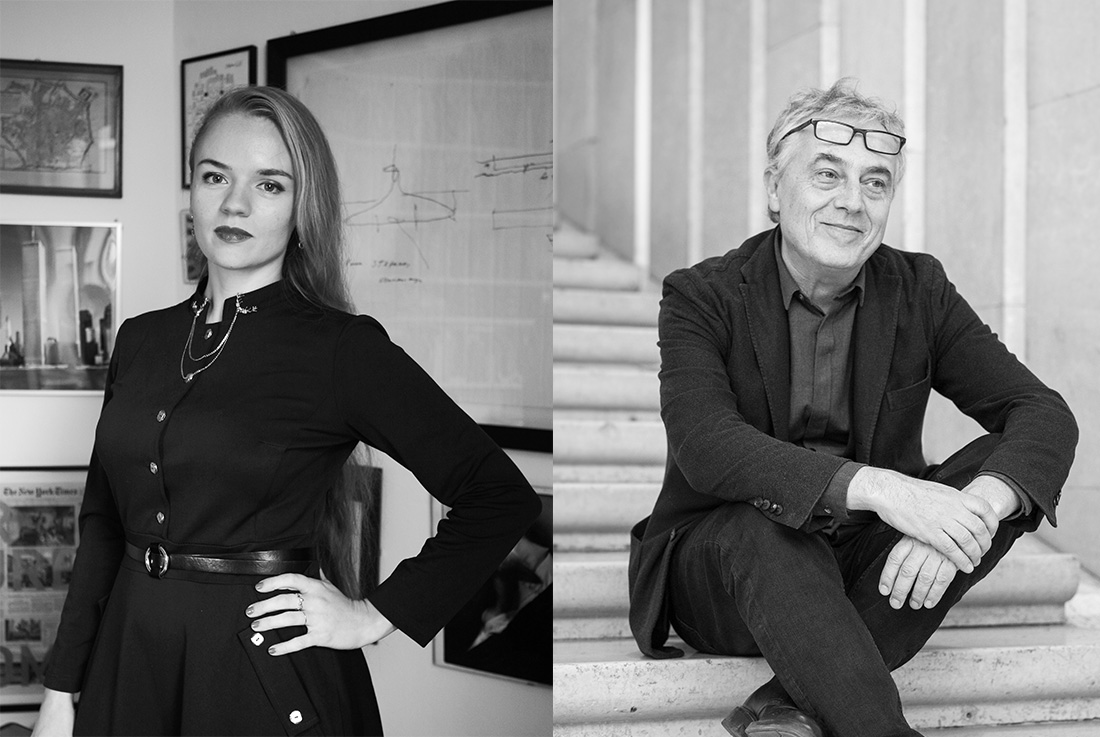