The project consists of a major transformation of a 1980s suburban villa into two separate maisonettes. First, the building was stripped down to its structural elements, in addition to the removal of its facades, last floor and pitch roof. Due to existing building regulations, the architects had to conform to the perimeter of the pre-existing structure as well as to the total built surfaces. The architects organized the two households vertically, splitting the new building in two equal halves. This split is delineated by a wooden wall, which cuts through the cubic volume and extends to the garden.  A 25cm-thick wall of unplastered, exposed concrete wraps around the cube and serves both as reinforcement to the old structural system and as the main compositional element. Protruding from the concrete wall, new terraces and balconies introduce multiple relations and transitions between interior and outdoor spaces, a quality that was totally missing from the previous villa. A system of inclined roofs completes the volume and brings light into the bedrooms and their mezzanines that occupy the top floor. 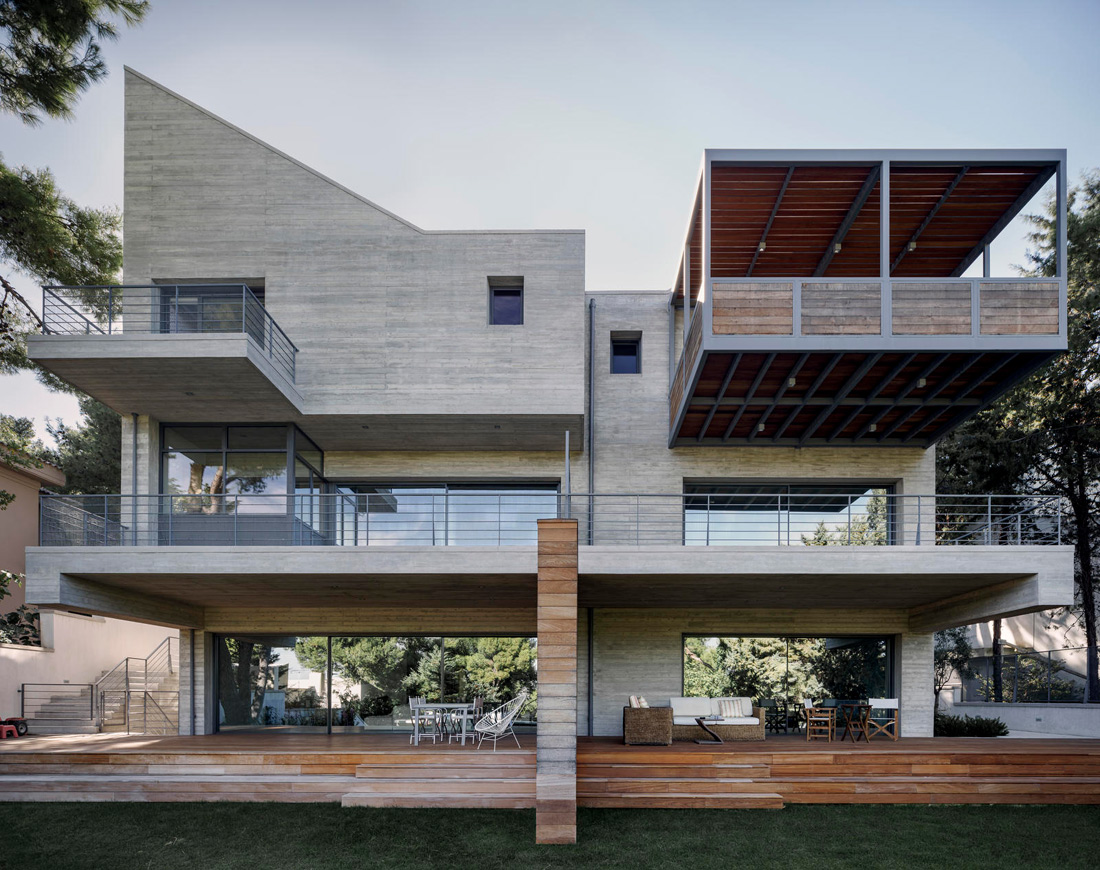 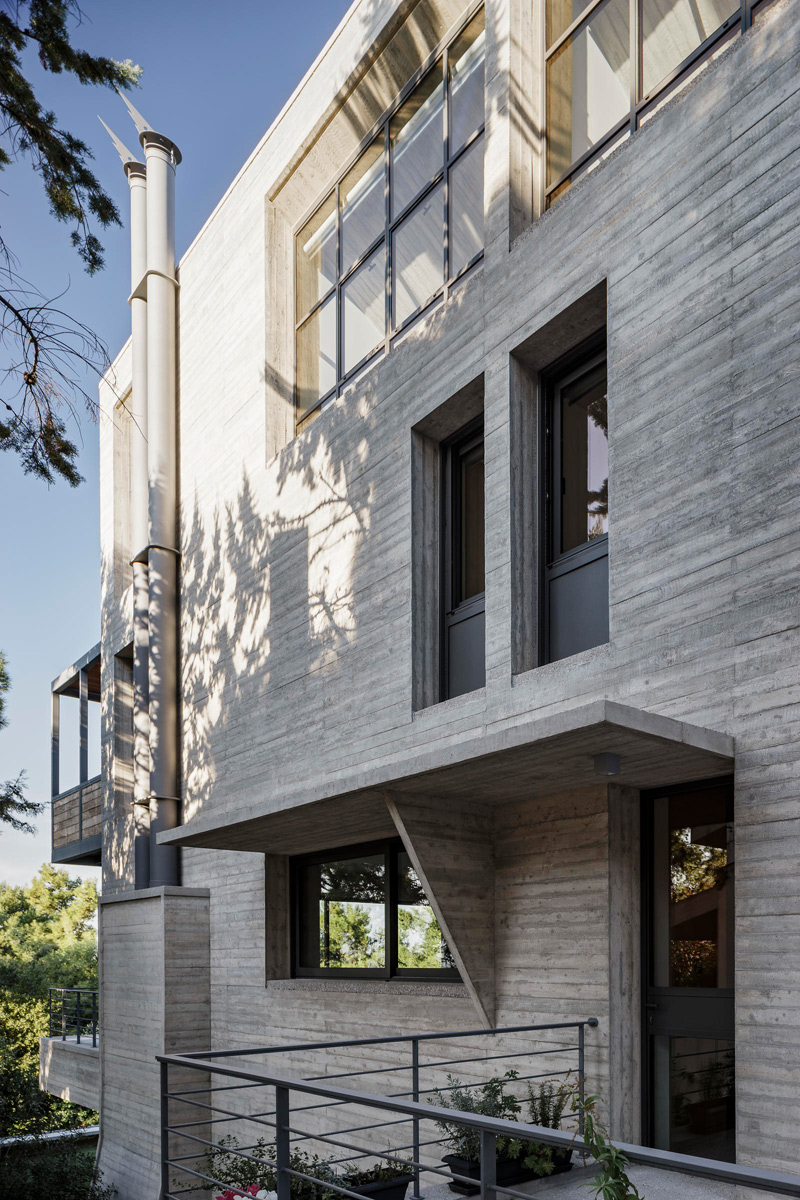 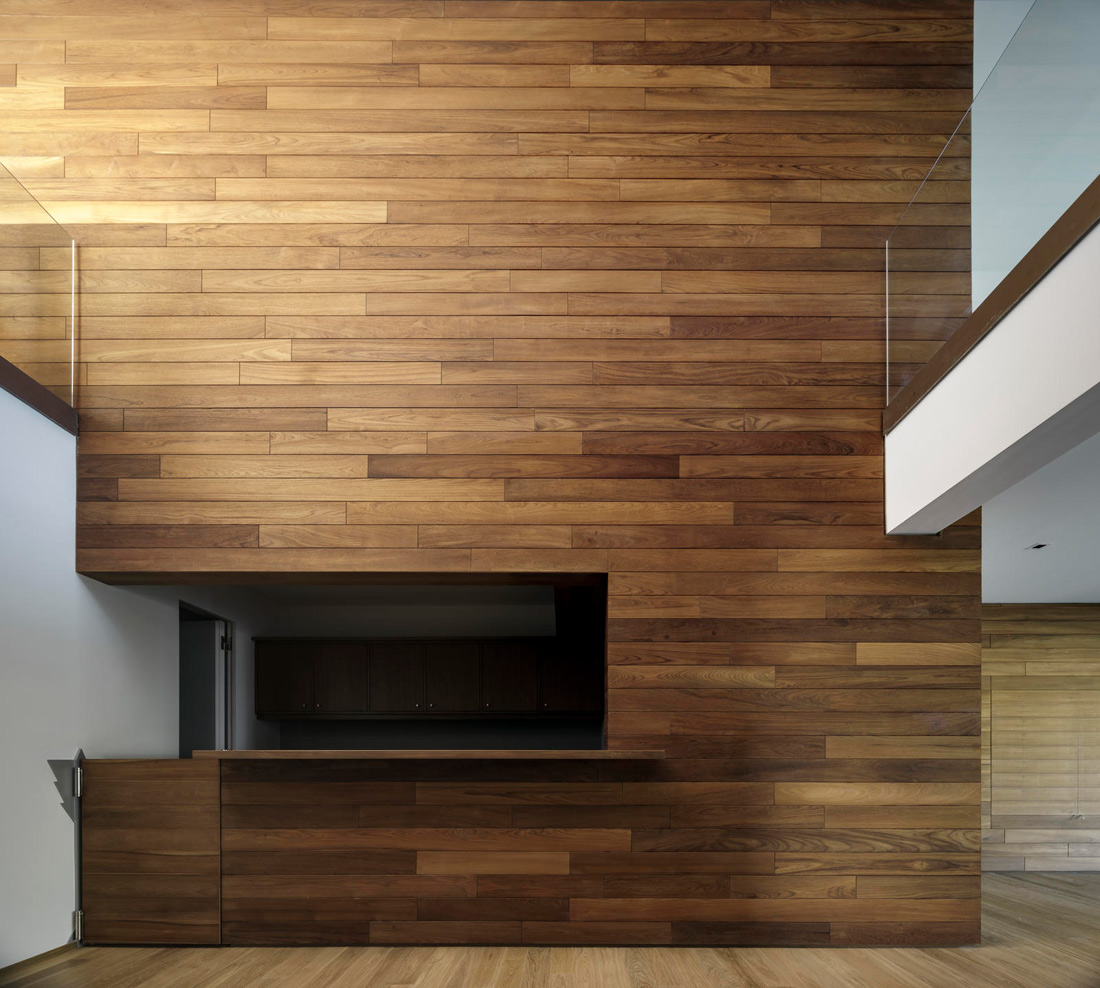 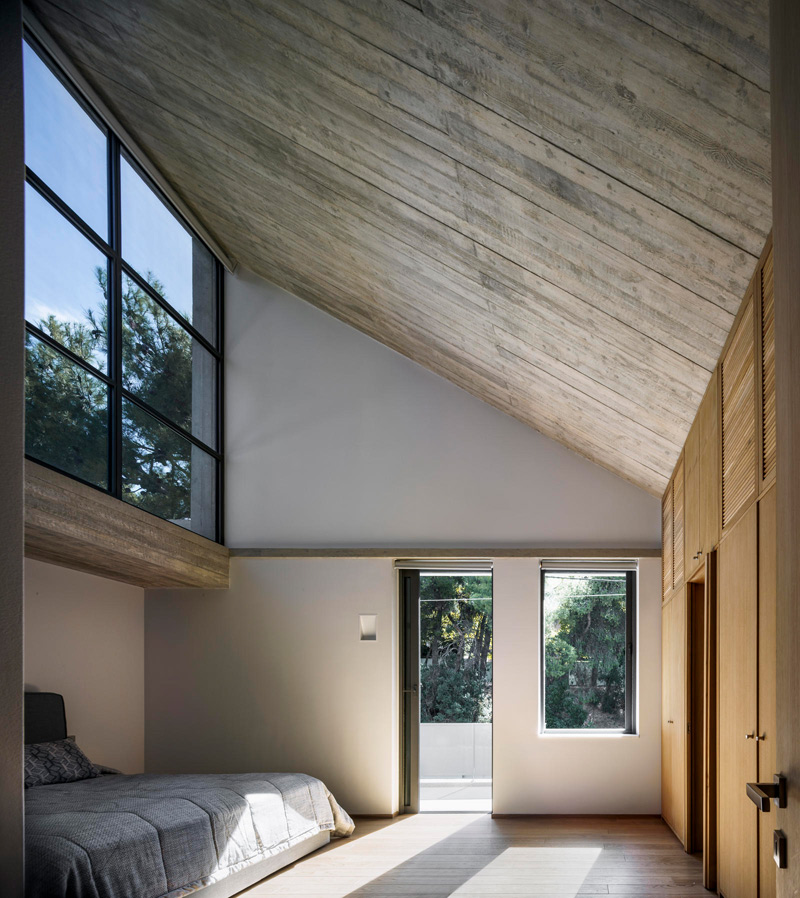 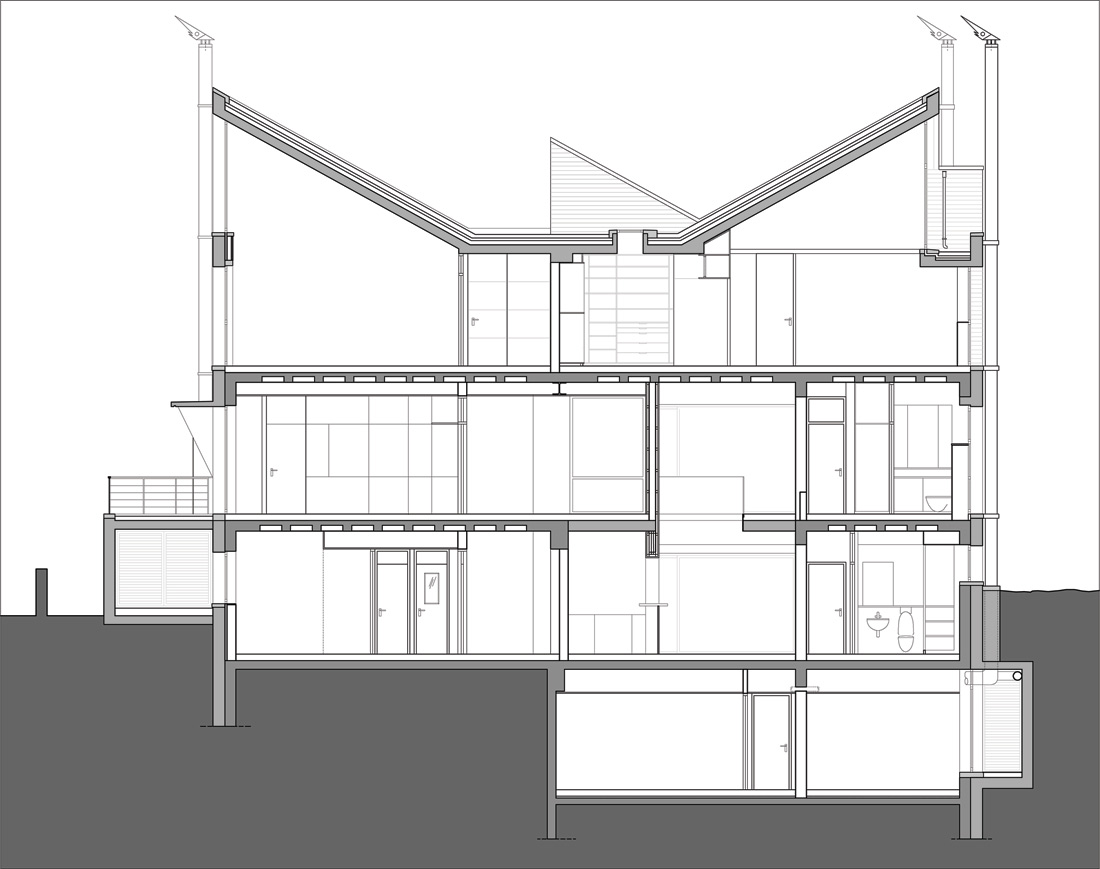 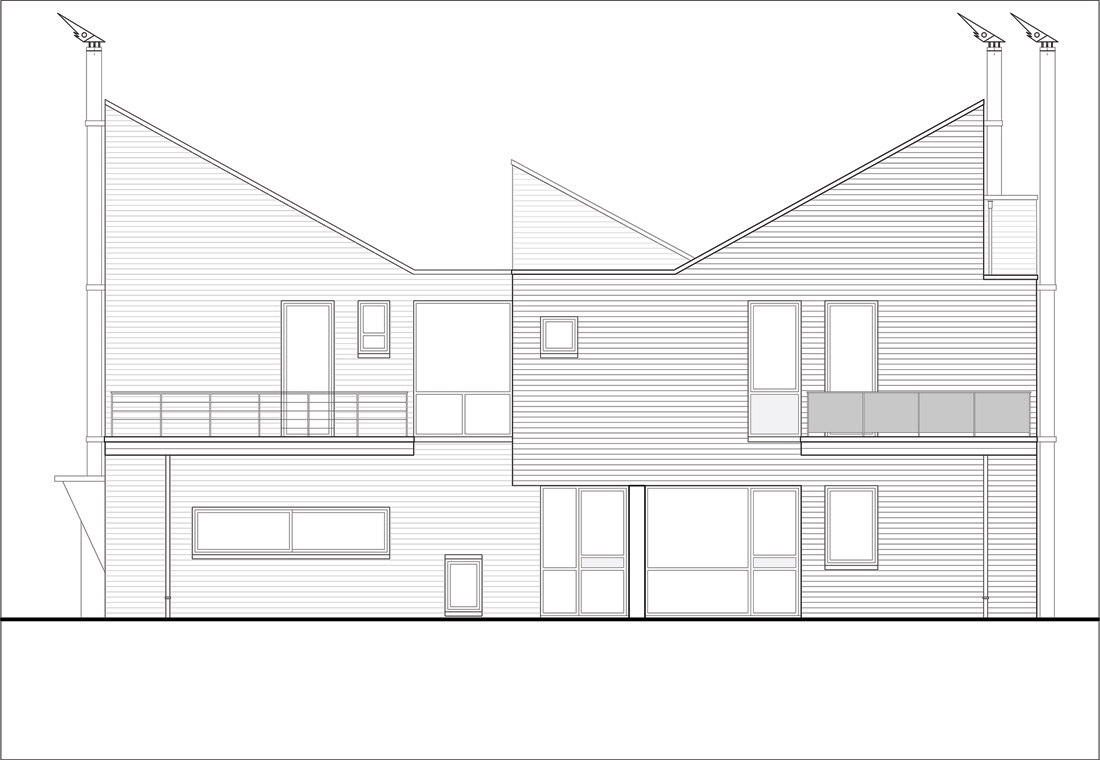 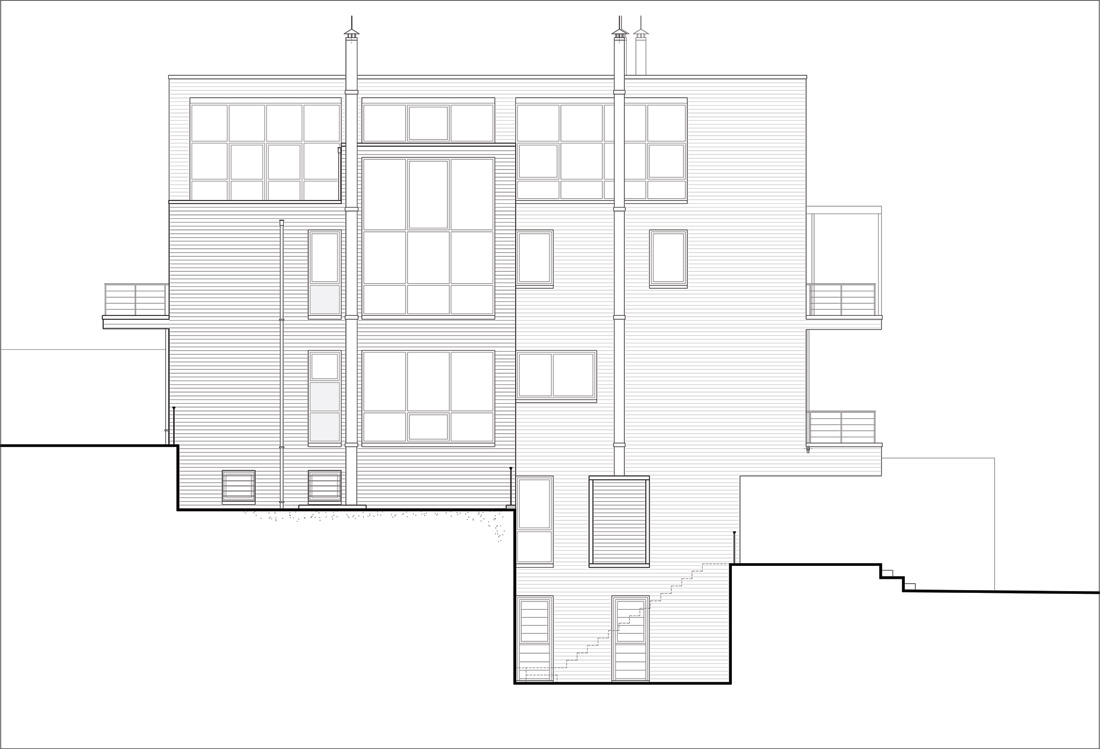 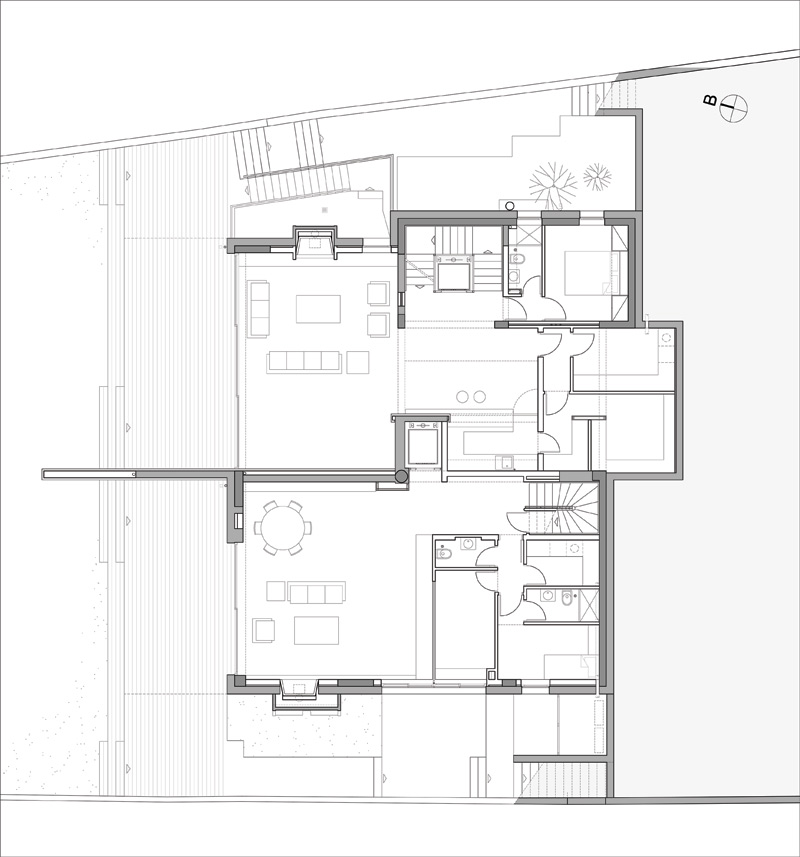 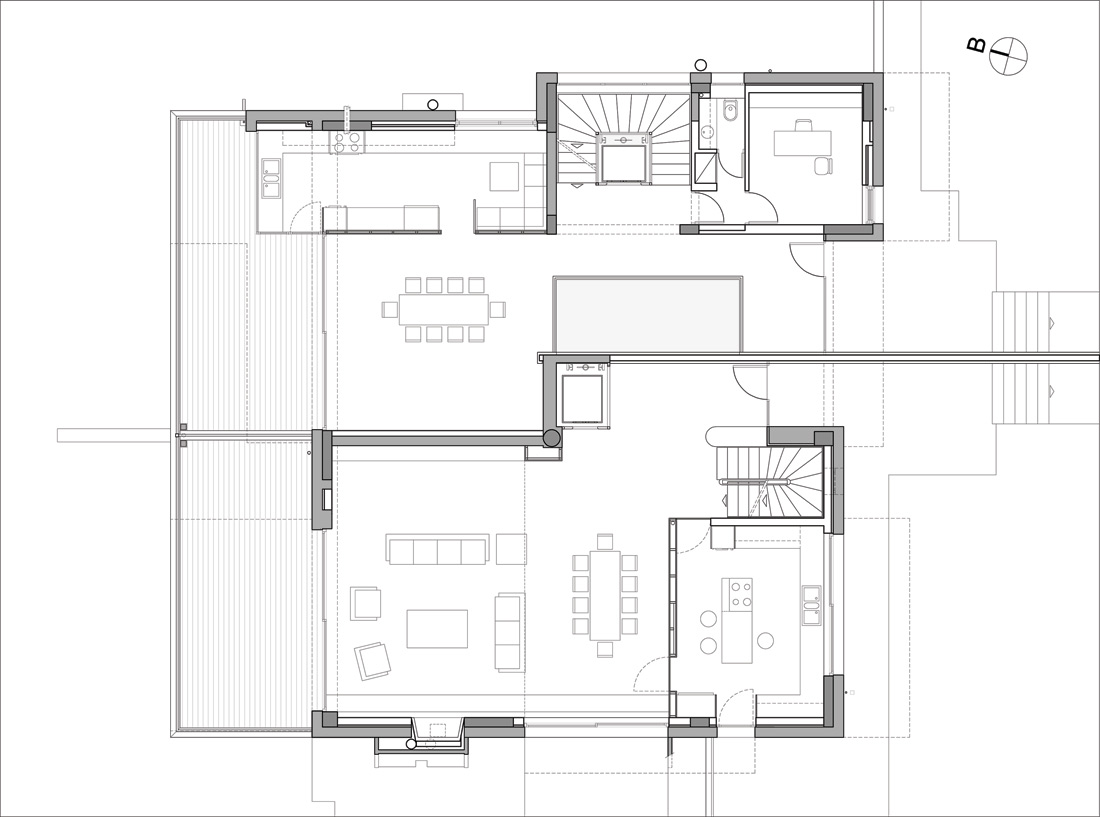 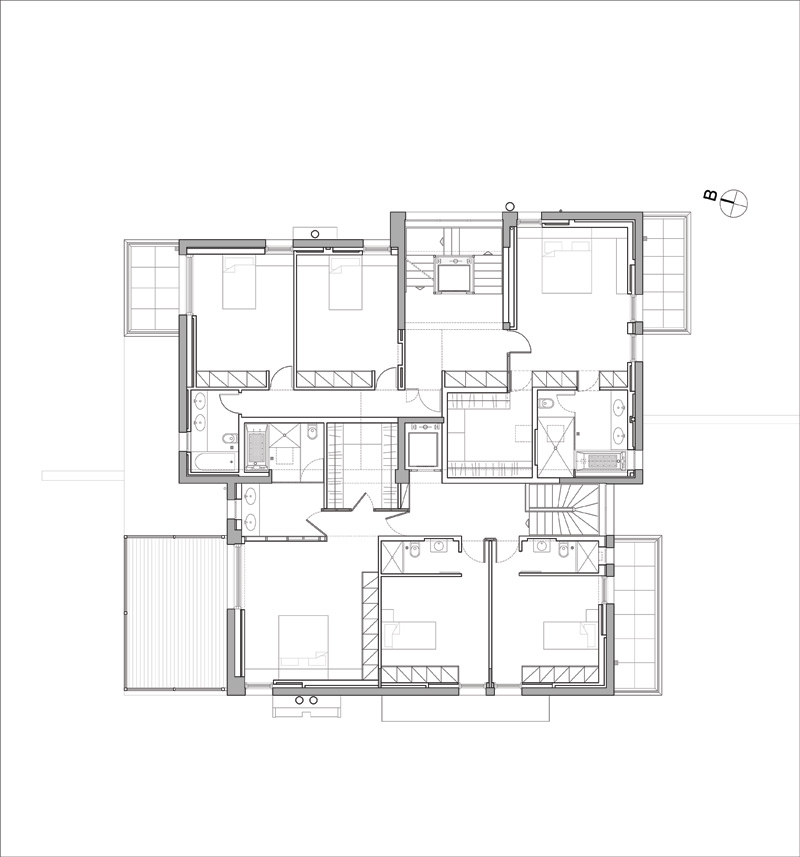