Tre offers designers and architects the ability to easily create intriguing and visually stunning surfaces. Tre’s magnetic visual appeal is the result of precisely rendered angular contours that harness the beauty of symmetry, as well as the dynamic interplay of depth, light and shadow, and the energetic movement of geometric flow. 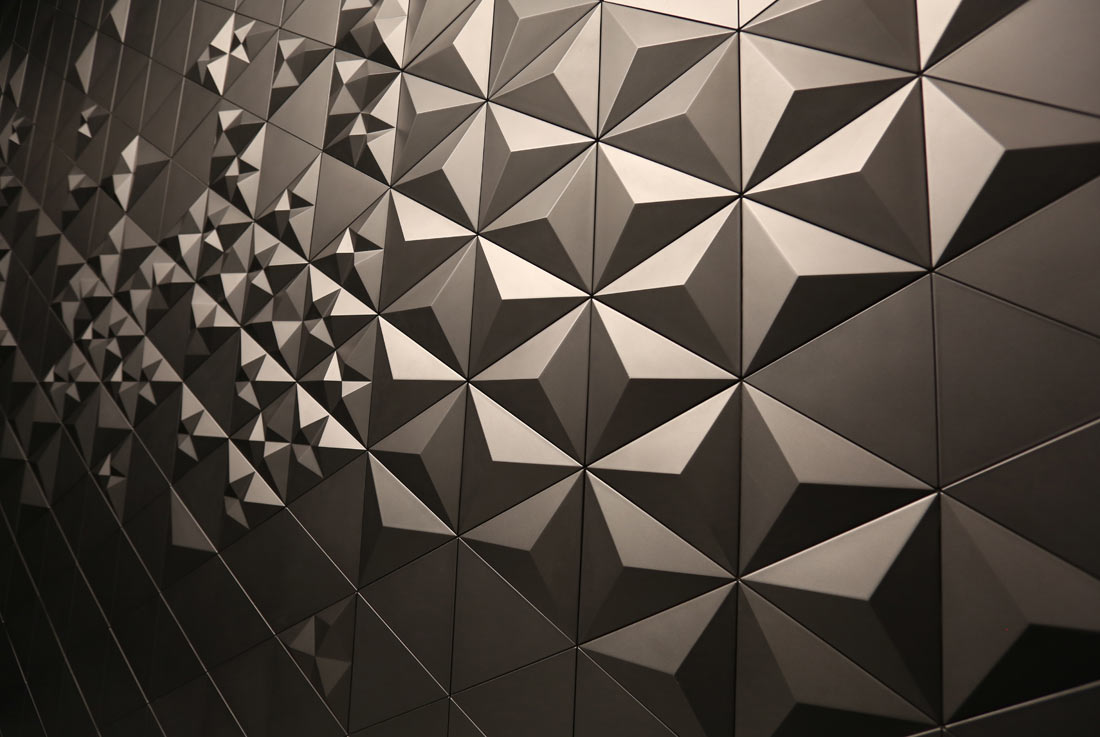 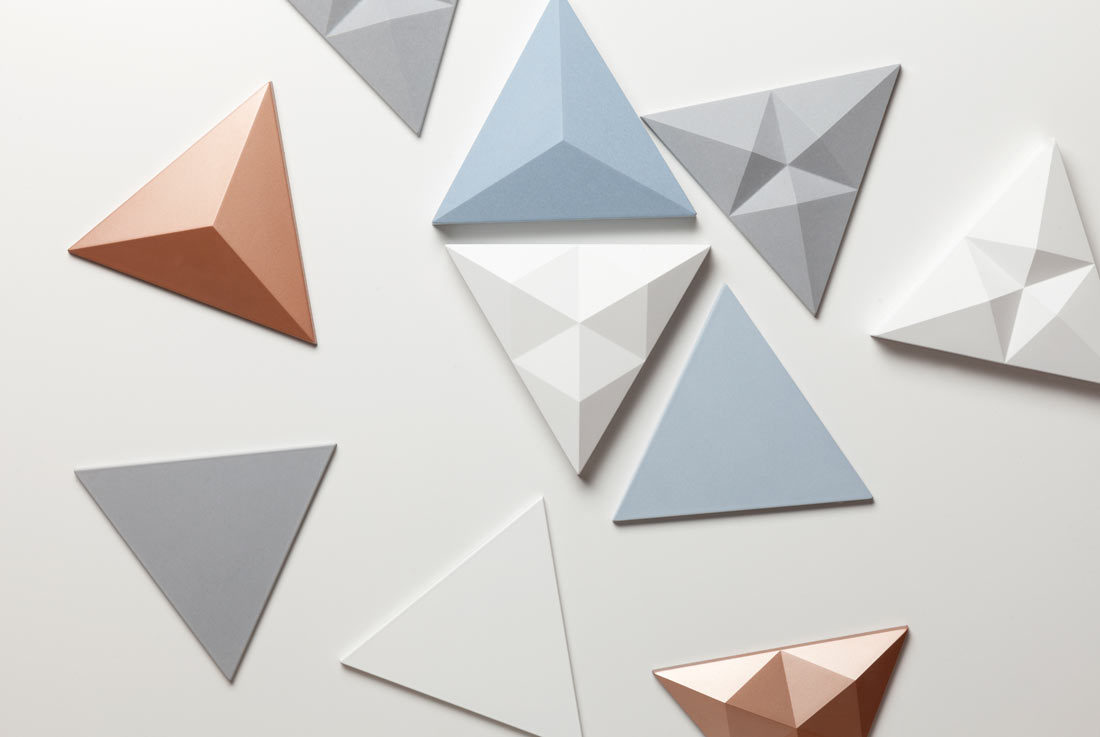 Tre enables one to envision and create endless pattern combinations from the simplest minimalist applications to the most elaborate kaleidoscopic masterpieces. Tre’s design concept is an invitation to imagine, play and create. Each tile in the series works as well independently as it does in multi-tile combinations, and maintains its signature visual appeal even in randomized configurations. The Tre series is itself a statement in modern tile design as well as a structured medium, which leaves room for limitless interpretations of its core aesthetic. Infinite design applications / 4 distinct surfaces / 2 levels of thickness / 9 compatible trelements. 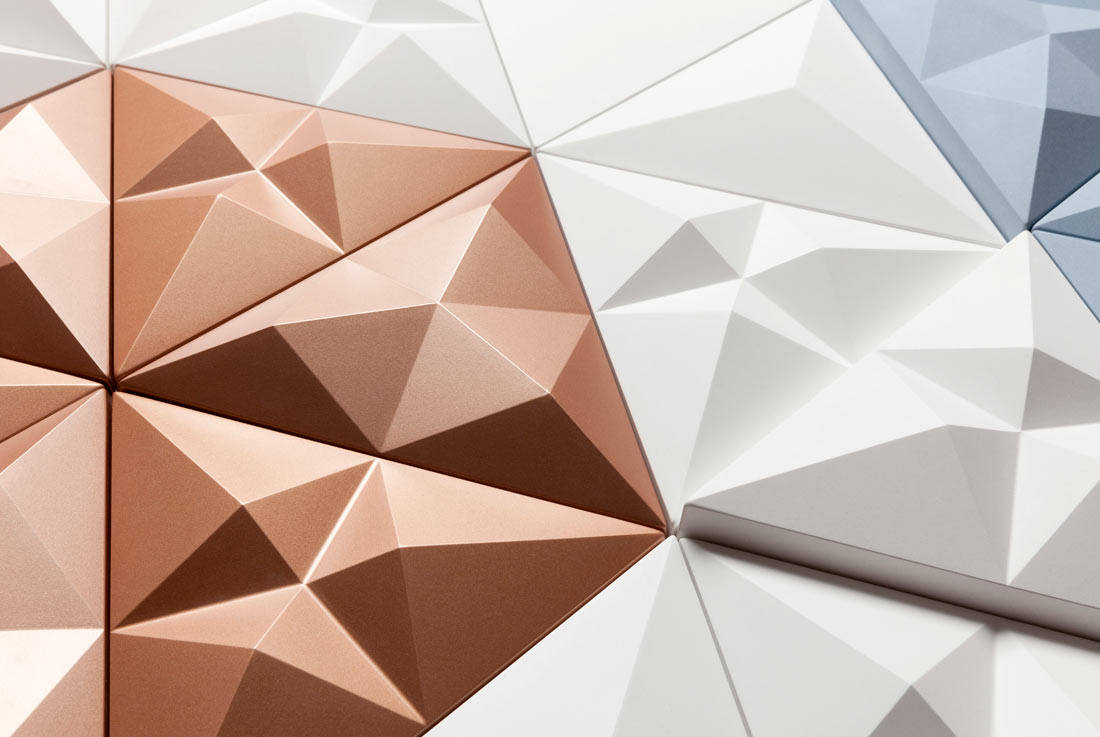