Davor Mateković and his PROARH office architectural team started renovating a traditional house in Kumrovec in 2011. The house is worthy of attention due to its innovative use of straw material, both – on the roof and on the facade, as well as deeper understanding and interpretation of tradition. In 2013 the house was nominated for Hiše Awards. 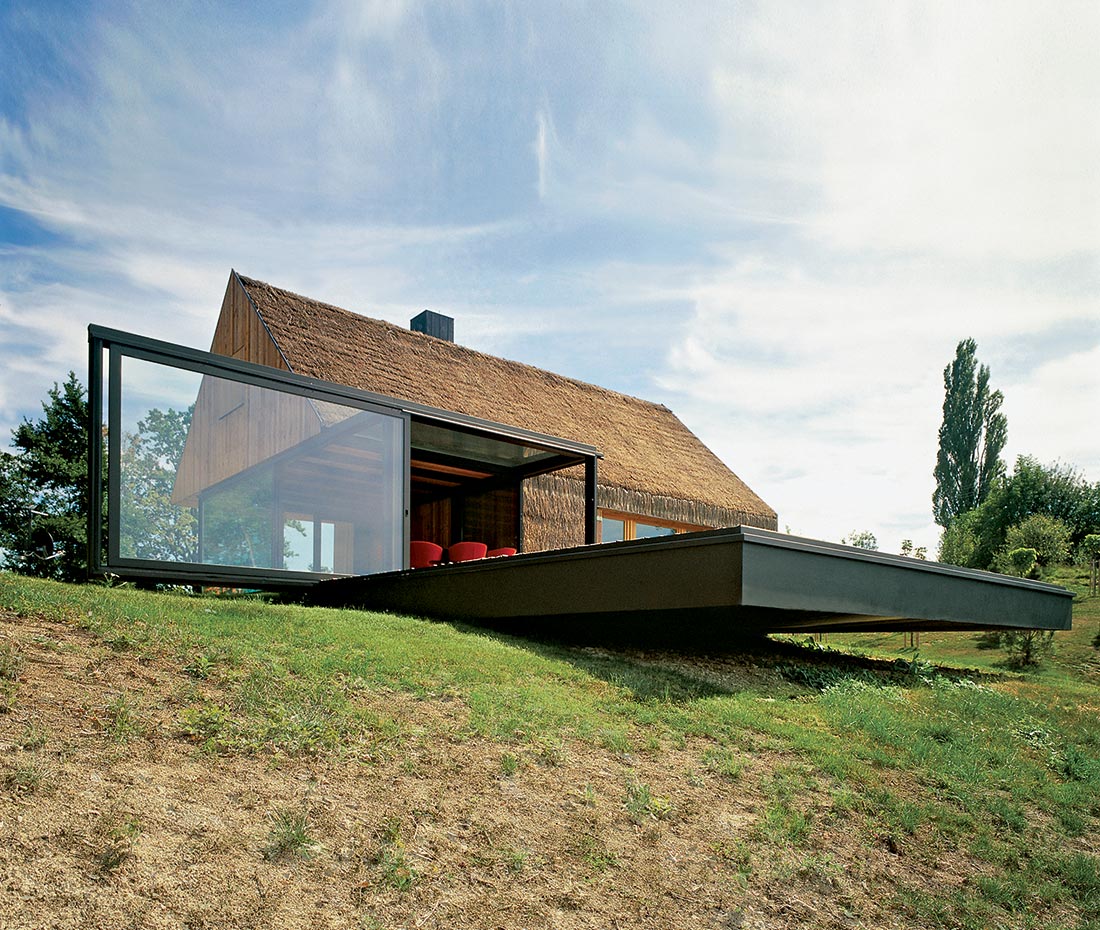 A modern straw cottage
The modern version of a traditional Zagorje house
Text: Nina Štrovs, May 2013

The house in Kumrovec, renovated according to modern renovation principles, combines the characteristics of vernacular architecture and contemporary living needs with great preciseness and sensitivity. The old gauge of the cottage has been preserved intact. The architect added a new glass volume which serves as a windbreak panel and further defines the renovated, modern character of the house. The glass form of the windbreak panel has been shifted outwards, so that the building would become more south oriented. The link between the exterior and interior of the house has been accentuated by shifting its glass partition walls. 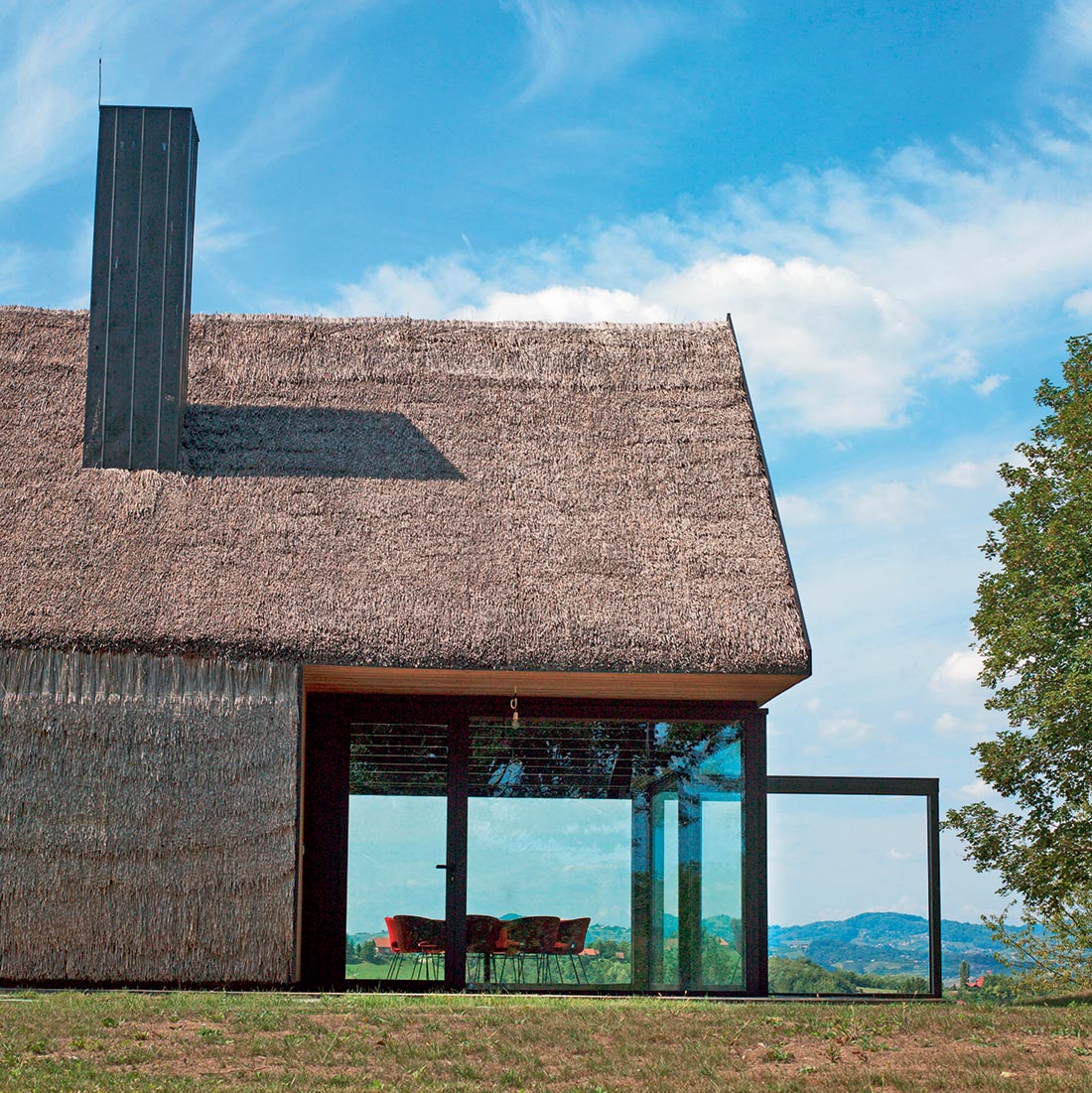 It is a three-storey cottage. The groundfloor has been intended for accommodation spaces, the upper floors for bedrooms. The basement is symbolically and literally connected to the ground and it serves as a traditional pantry.

The traditional straw roof has been preserved, except for the straw roofing which has been replaced and extended over the facade. Gables have been newly coated with wood and the entry path paved with stumps. The architects have decided to keep the existing stone pedestal, however, a new wooden terrace, providing an impressive view over Zagorje landscape, has been added.

This “organic” cottage, plainly renovated by using local materials and local workforce, breaths and changes with the times and it provides a healthy, pleasant and inspiring environment. 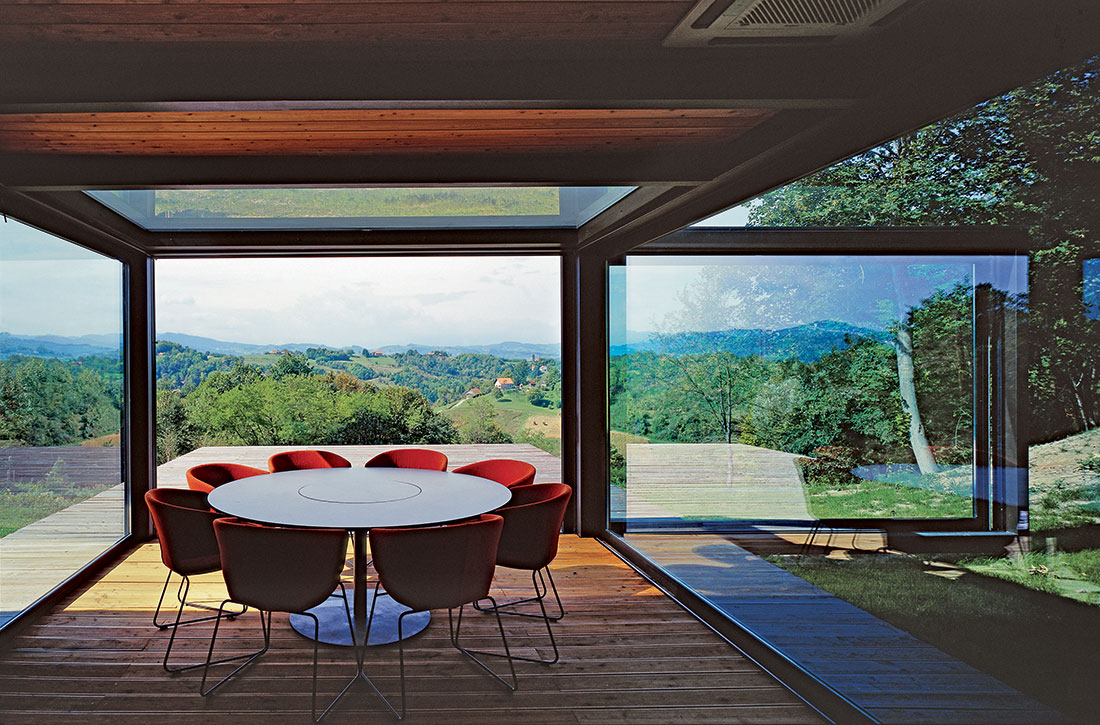 Davor Mateković (1962, Zagreb) graduated from the Faculty of Architecture, Zagreb University, in 1990. He is a founder and director of Proarh company which was established in 1992. They have been engaged in various projects in the areas of residential architecture, business premises, sports complexes, urbanism, and interior. An interview with the architects

Straw is an archaic, frequently forgotten material. Is this project concerned with some past memories or does straw material have its place in contemporary architecture as well?

We believe that basic materials are, above all, timeless. They characterize a certain time period of architectural history and technological development in which they become predominant. They are also invaluable in terms of their character and quality, aesthetics and function. Unfortunately, their priceless value remains to be overlooked and unrecognised.
Certain materials have managed to avoid this archaic stigma, but not in the case of straw material which still has not become widely accepted and is not considered to be equal to all other “modern” materials that are used on a daily basis. This mostly results from weak knowledge among architects towards the possibilities of various materials in general as well as huge efforts that are to be invested into a building process when using such materials. This house is not meant to suggest any romantic memories. It embodies the idea of timeless elements which should be interpreted by means of the spirit of the times. What was the biggest challenge of the project?

The straw material installation was our biggest challenge since there are not many craftsmen working in this profession. The process of preparing details related to constructing straw walls was also quite demanding. Not just roofs, as tradition itself dictates, but also the facade – all this with one single “invisible” passage from the roof inclination to the wall vertical. Accomplishing planned details in cooperation with the craftsmen at the building site was a really difficult and complex process. Nevertheless, excellent solutions have been reached through mutual cooperation and common efforts. 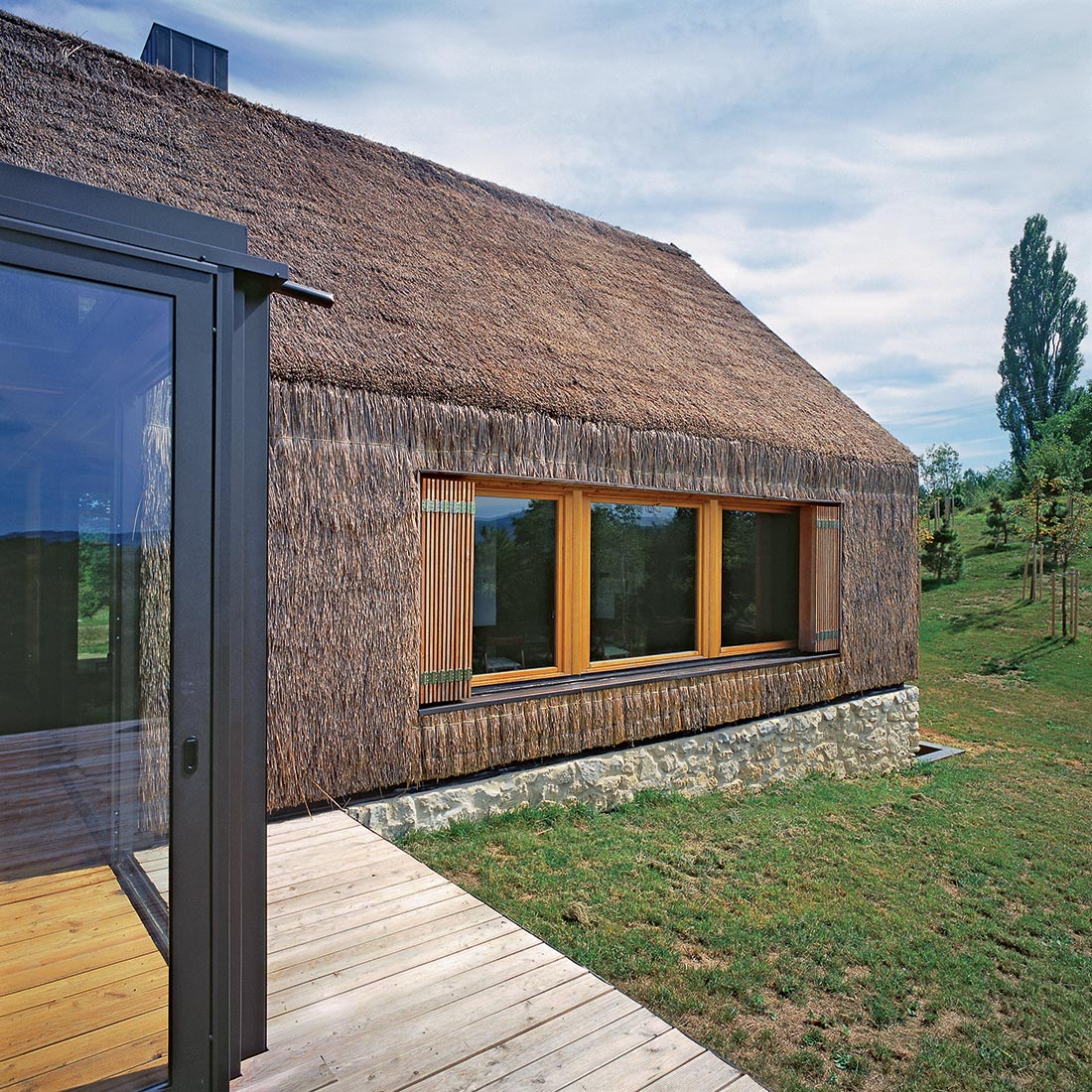 In your view, is Croatian architectural tradition sufficiently respected among architects and the general public?

Architects are, by the very nature of their work itself, future oriented and they are constantly questioning things, they are continually filled with creative curiosity which is an important feature of their work approach. At the same time, the essential postulates of tradition, also those that are typical of their country and the climate, are being neglected due to insufficient knowledge of their architectural roots.The question of implementing heritage into contemporary architectural expression is a very complex one and it requires dedication, careful consideration and a deeper analysis that would stimulate a certain inspiration. I am not trying to say that every project needs to be based on tradition, but when heading in this direction, in general, not only in Croatia, the approach to these issues is rather superficial and sloppy. Architectural plans are literally copying traditional elements, and thus our heritage is trivialized, contemporaneity denied.Due to this blind-duplication based approach the public and experts are being served the projects that are not dedicated to heritage through its own architectural expression, instead they represent architecture without ideas and careful planning. Accordingly, bad contemporary architectural production is generated that is undermining the value of architectural heritage which is subsequently being copied rather than interpreted. 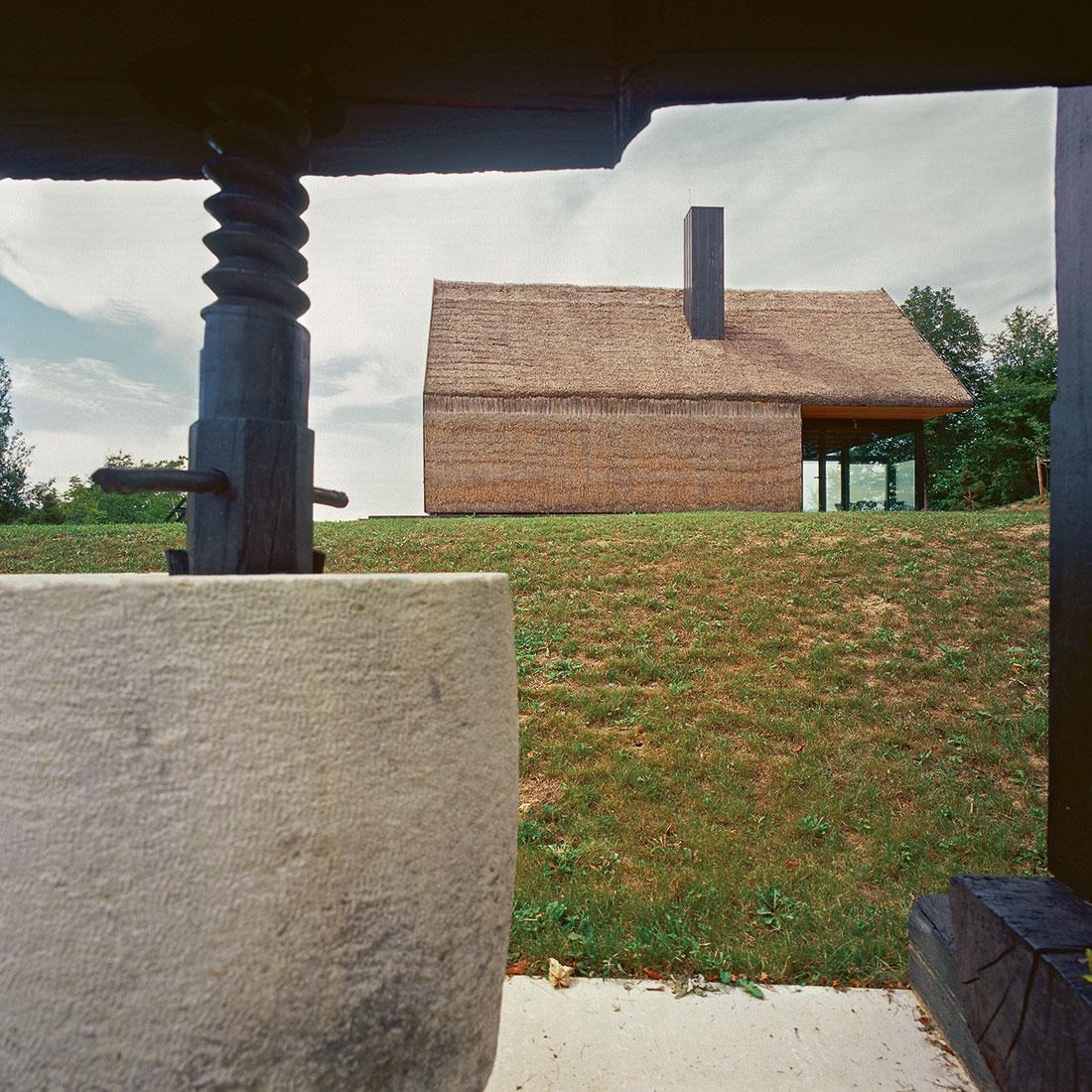 What advice would you give to those architects that are trying to transfer a small piece of contemporaneity into traditional environments, especially rural ones?

Contemporaneity is a reflection of technological achievements in civil engineering, the choice of materials, and consequently the ability to design a building which should not represent a necessity but a tool that is used to formalize a certain idea and create good architecture. At the same time every environment also has its countryside, its own genius loci that requires respect and understanding, so that a good basis for the beginning of the planning process can be established.
All these elements – technological possibilities, genius loci, and the author’s subjective creative expression – shall be synthesized into one single process with the purpose of creating authentic and quality architecture. 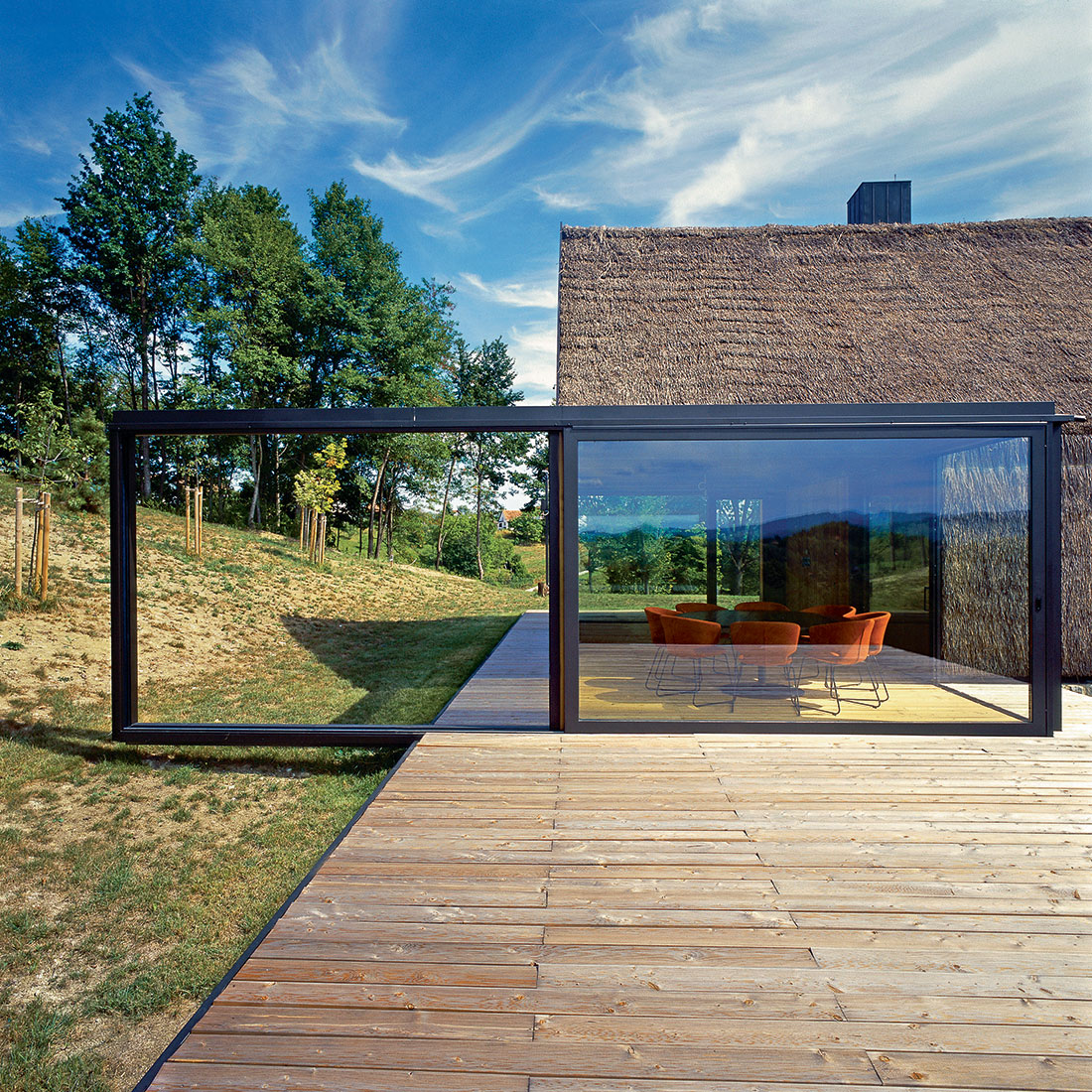 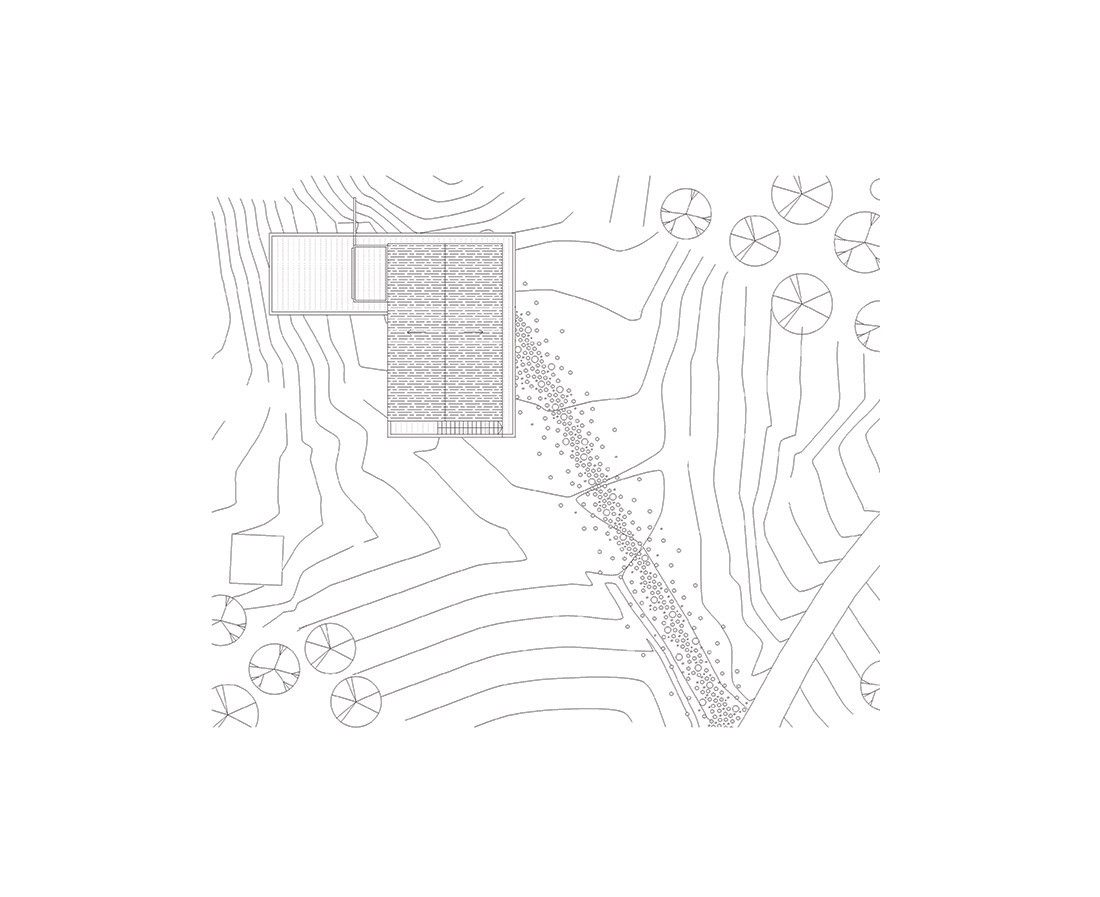 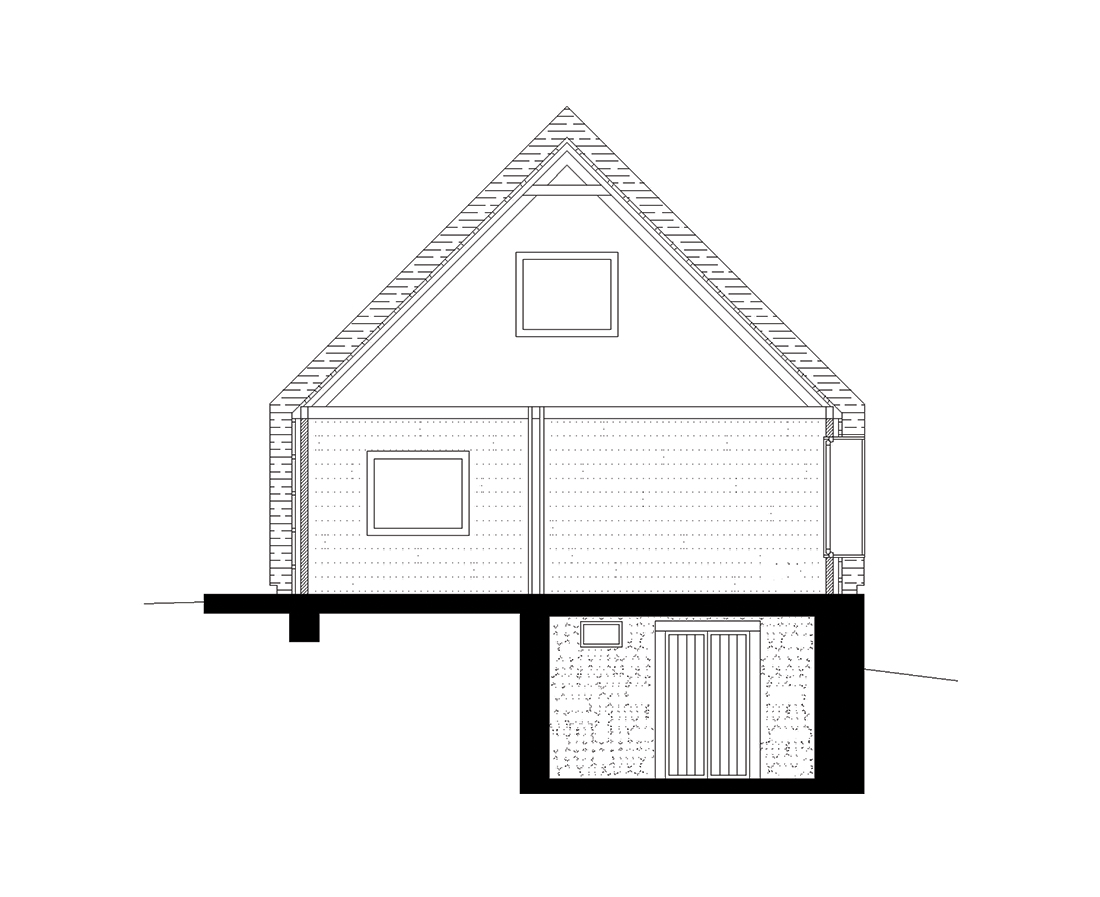