Sirena 88 offers generous volumes. Being a raised pilothouse design with a five-stateroom layout accomodating the mastercabin on the main deck delivers panoramic views all around the cabin.

The comfortable belowdecks layout features an amidships VIP suite and forward luxury guest cabin with private head. A pair of en suite double guest cabins allows the owner and the guest to have full use of the 7.1m Beam. A full-beam crew area insulates the guest accommodations from the engine space, and provides up to four crew with a private sitting room and two cabins. 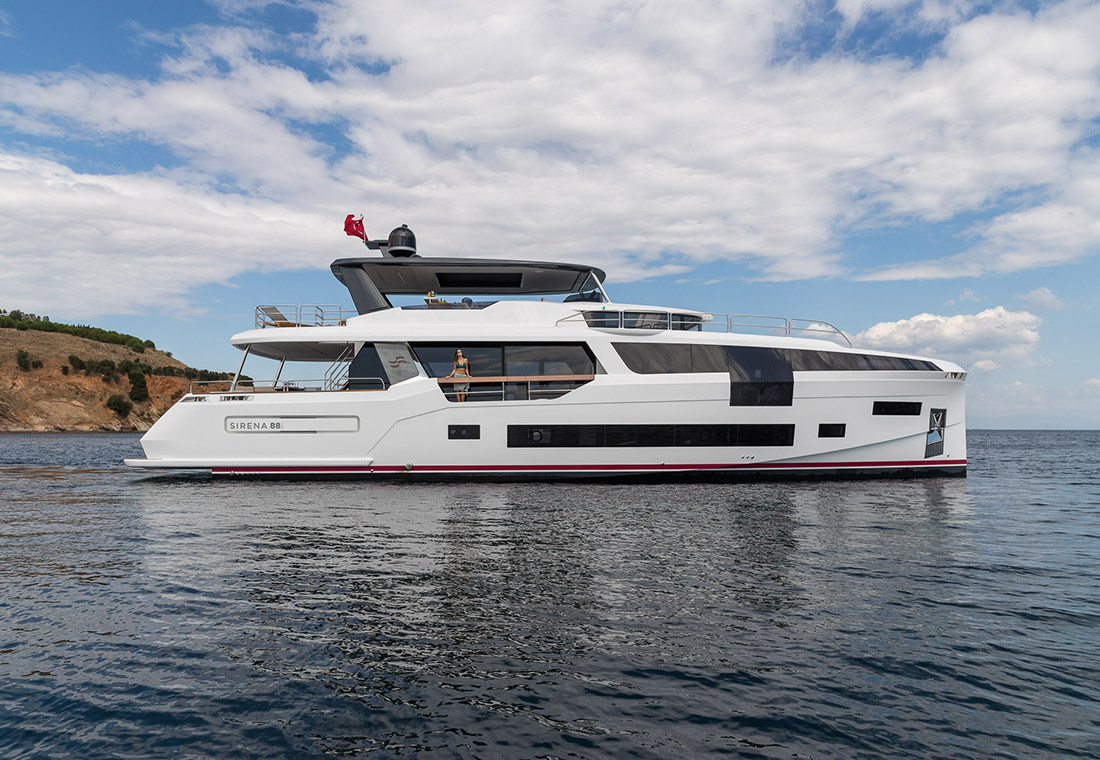 According to the hull characteristics and design; it is an evolution of her smaller sister, a low resistance, sea kindly hull, that performs efficiently with a minimum of fuel consumption at high and at all speed ranges. The maximum speed will be in the order of 26 knots depending on the final power plant selected among the options offered. Cruising range will be 2000 miles at cruising speed.Accommodations space is very generous, and includes the full width Owner cabin with its own balcony to the sea, plus four in-suite, one of them a very large VIP guest suite. Two formal dinner areas, one “al fresco” on the upper deck and a second on specially designated area on the main deck saloon are planned. The fully fitted bridge, is independent and separated from the rest of the interior accommodations with direct access to a double command on the fly bridge. The foredeck it is fitted with special sitting- sunbathing area on the foredeck fitted with an optional Jacuzzi. 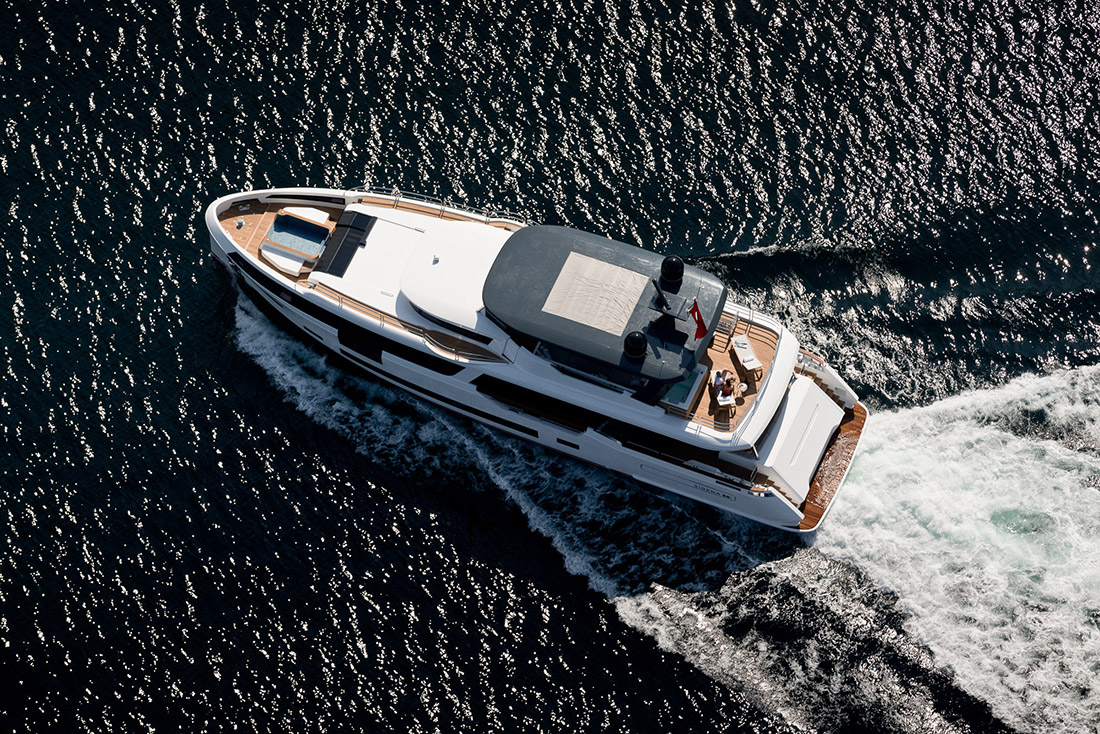 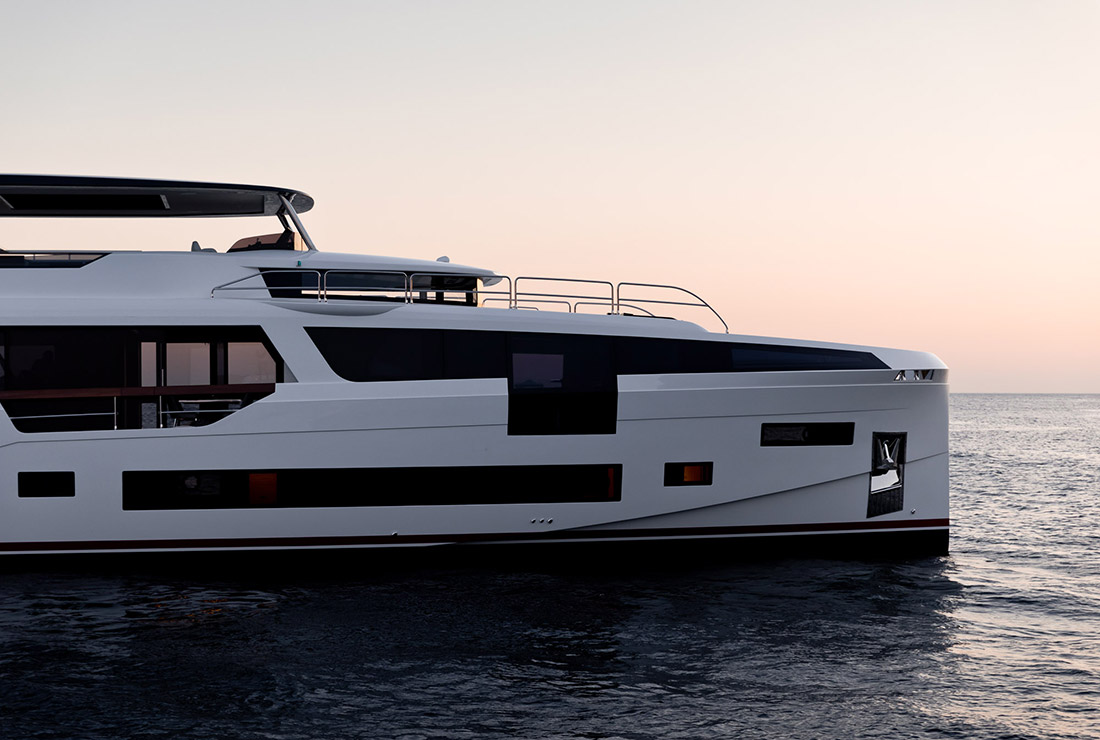 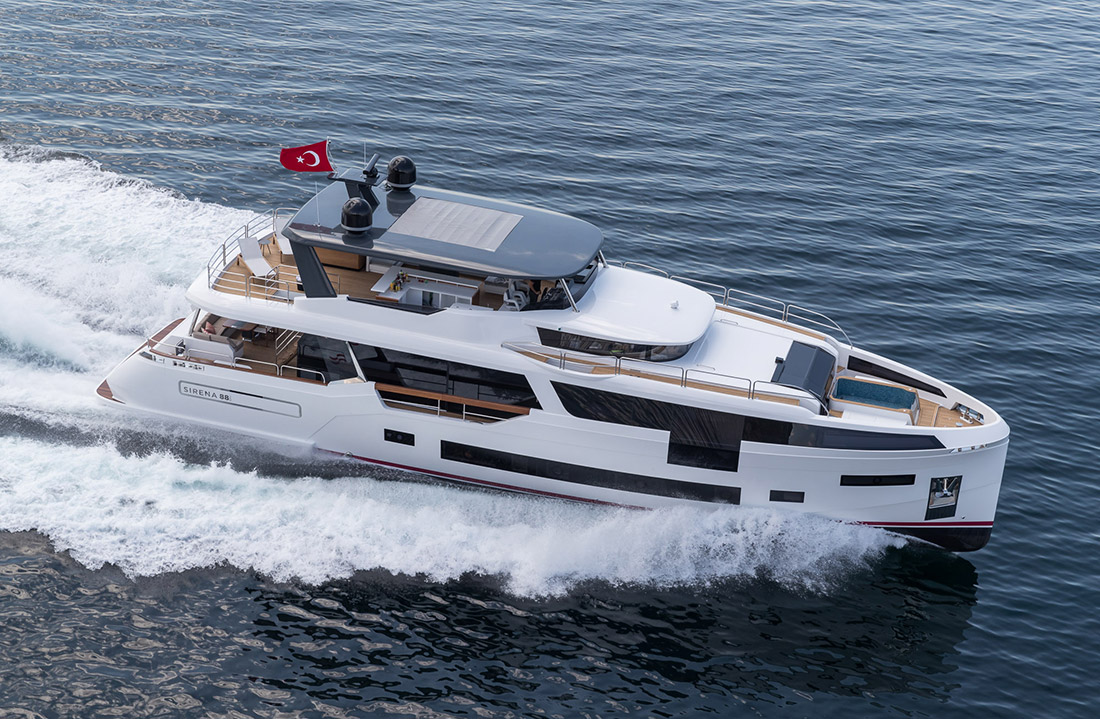 “Our design work is backed by our solid racing and cruising tradition at sea and a clear understanding of the enjoyment and peace of mind that life on board yields, which can be taken to a higher degree by the beauty and functionality of the design.”- GERMAN FRERS

Frers Naval Architecture & Engineering design office life spans for almost a century, since 1925, when Germán Frers Sr. started his career in Buenos Aires and proceeded to design nearly 600 yachts of all types for the South American clientele. Frers designs gained fame during forays to Europe and North America, winning prizes in the RORC races in Europe and Bermuda Race in the USA.

Germán, his son, took charge of the office in 1970, after returning from a training period in the USA working with Olin and Rod Stephens at their office in New York, and expanded the business and racing successes to the rest of the world.

More than 1300 designs have been produced to date by the company based in Buenos Aires.

The third generation, Germán “Mani” Frers joined the studio in Milan in 1992, after graduating from the Southampton Institute and today continues with the tradition working from Milan independently.

Frers has been at the cutting technological edge of the sport during all this time. The latest computer solutions are used at the studio, like Siemens NX 3D CAD, FEA and CFD while extensive tank-testing programs are developed to further optimize power and sail hull forms.

The technology supports the knowledge and deep understanding of boats which are only present after decades of sailing and design experience.