Raul Pantaleo is an Italian architect, born in Milano, graduated from the Faculty of Architecture in Venice. He is one of the co-founder of “TAMassociati”, a practice specializes in impact design. Since 2019 Professor at the architecture faculty of Trieste. Some of the current and completed projects include: The Salam Centre for Cardiac Surgery for Emergency NGO in Sudan (2013- Winner of the Aga Khan award for architecture, Children Surgery Centre for Emergency NGO in Uganda with Renzo Piano; healthcare buildings in Darfur, Sudan, Central African Republic, Sierra Leon, Rwanda, Afghanistan, Iraq, Kenya, Senegal, Rwanda and Uganda. In 2014 with TAMassociati- Best Italian architect of the year; in 2016- Curatorial team of the Italian pavilion at the 15th International Architecture Exhibition of La Biennale di Venezia.

THE PAEDIATRIC CENTRE OF EMERGENCY NGO IN PORT SUDAN 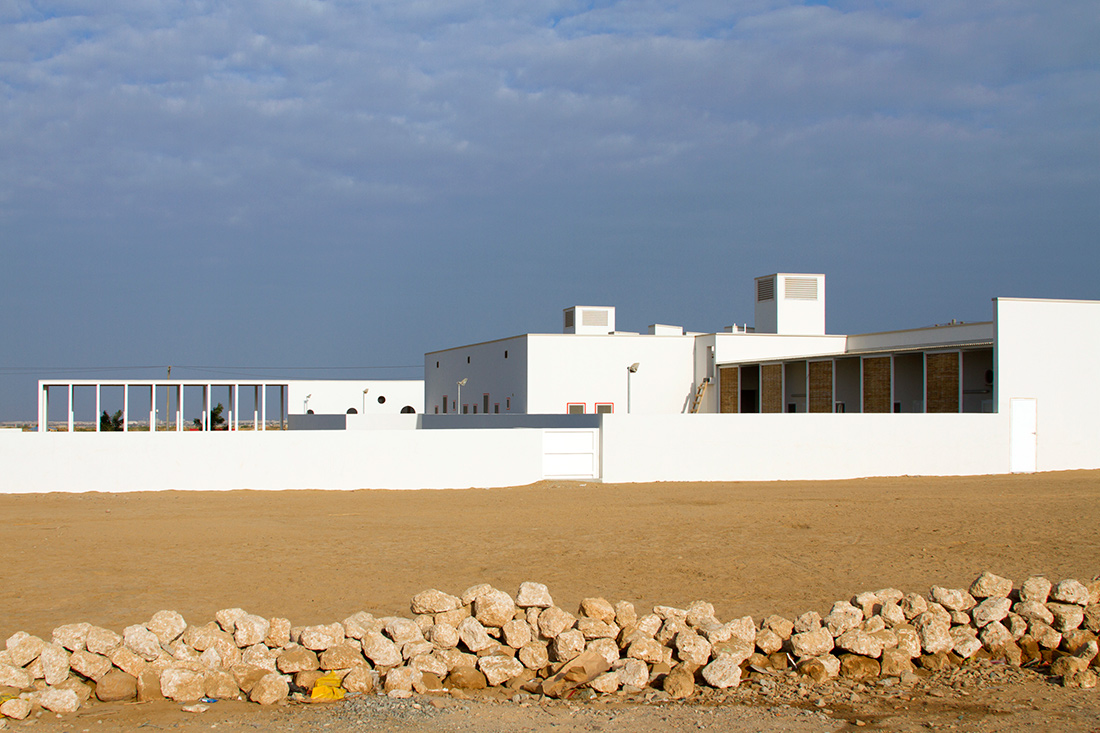 THE PAEDIATRIC CENTRE OF EMERGENCY NGO IN PORT SUDAN

The new paediatric clinic of EMERGENCY Ngo started from the ethical intuition of an artist meeting a useful project.
The clinic is located on the outskirts of Port Sudan, a very important harbour for Sudan since it is the only sea-access in the whole state. In recent years the area had a huge population growth from thirty thousand inhabitants, at the turn of the millennium, to nearly five hundred thousand in 2007. An exponential and dramatic growth caused by the increase of the harbour, the abandonment of the countryside caused by increasing droughts, but also by the huge number of refugees from various conflicts that took place in the region which concentrated a great mass of poor people in the city.

This clinic is one of the few health outposts capable of providing free health care to children of this large region.
The Centre in Port Sudan is a very simple building that adopted the settling principles of Arab houses while minimising sun-exposed sides and opted for a hollow space conformation in perfect harmony with the traditional building systems.
The single storey building has a total covered area of 780 square meters with 14 inpatient beds, 4 intensive care beds, 3 outpatient clinics, pharmacy and diagnostic services. It is structured on a series of courtyards with very few external openings. A place where the hierarchy between full and empty is overturned in favour of the latter, which becomes the generating element of the whole building. The entrance to the clinic is dominated by a tree in the middle of the waiting area, a fragment of life and continuity with the outdoor garden. The internal hospital spaces feature strong control of direct radiation of the sun through limited exposed openings and through the shielding with natural fibre panels. In this way the spaces are isolated physically and ideally from the outside heat with a succession of cool and protected rooms lit by overhead light sources that serve as vents for latent heat deriving from the common areas, a way to rethink and revive the atmosphere and the types of traditional living.

The challenge to bring together health and environment is, in our opinion, one of the challenges for the new millennium, not only for Africa. Allowing a culture of environmental rights to grow could give a future to countries whose development has been often undermined and slowed down by the indiscriminate exploitation of energy and natural resources that generated divisive and destructive civil wars with devastating sanitary aspects that came as a consequence. 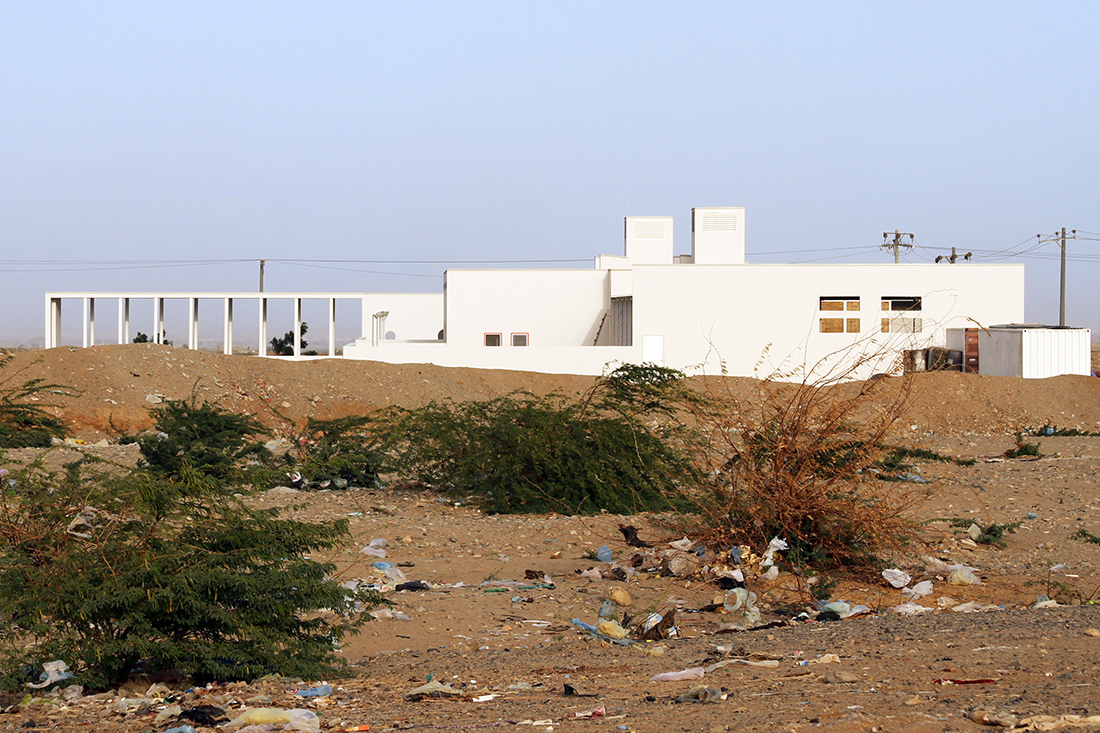 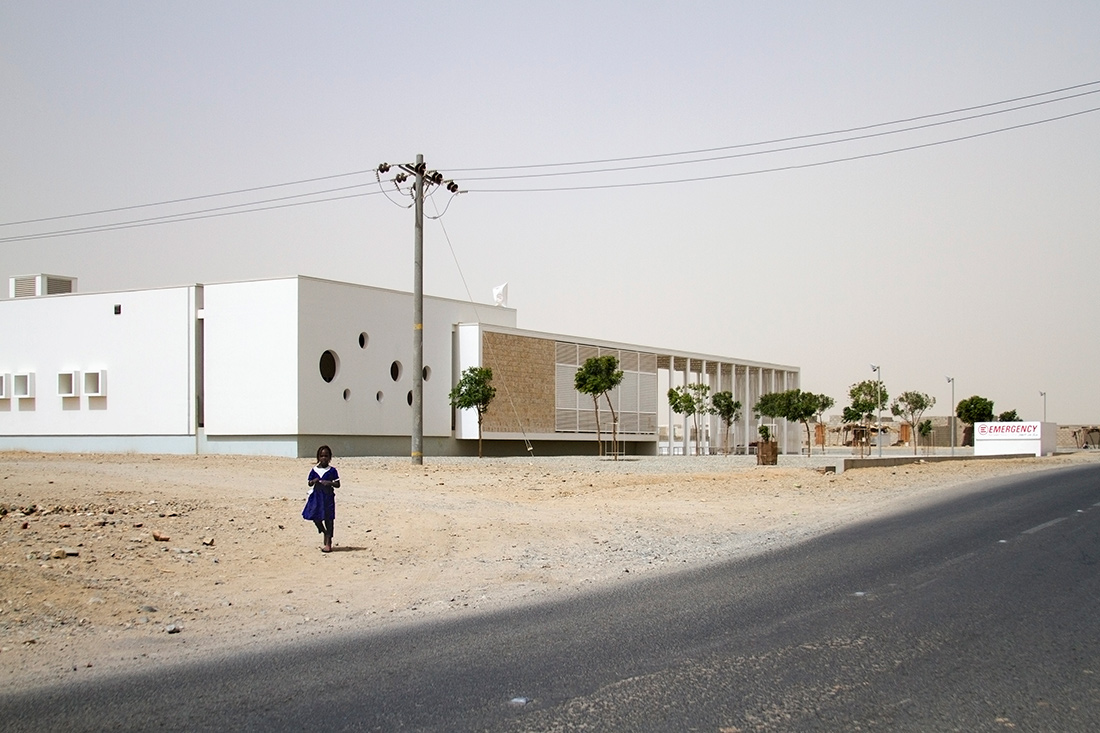 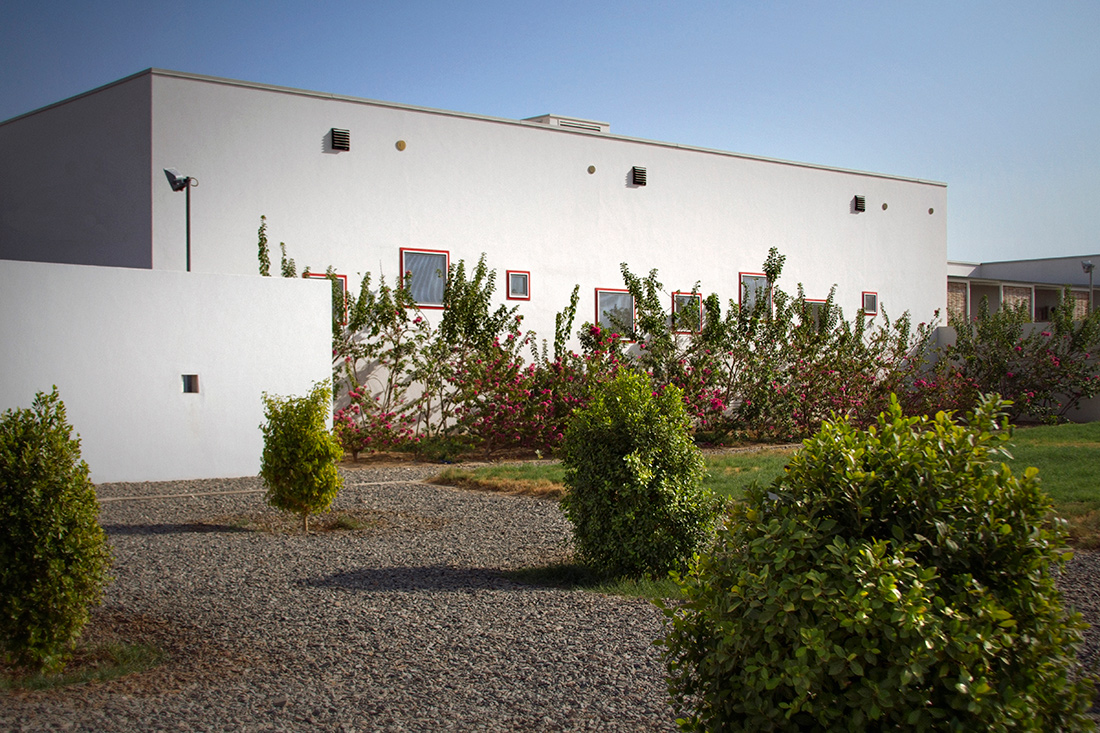 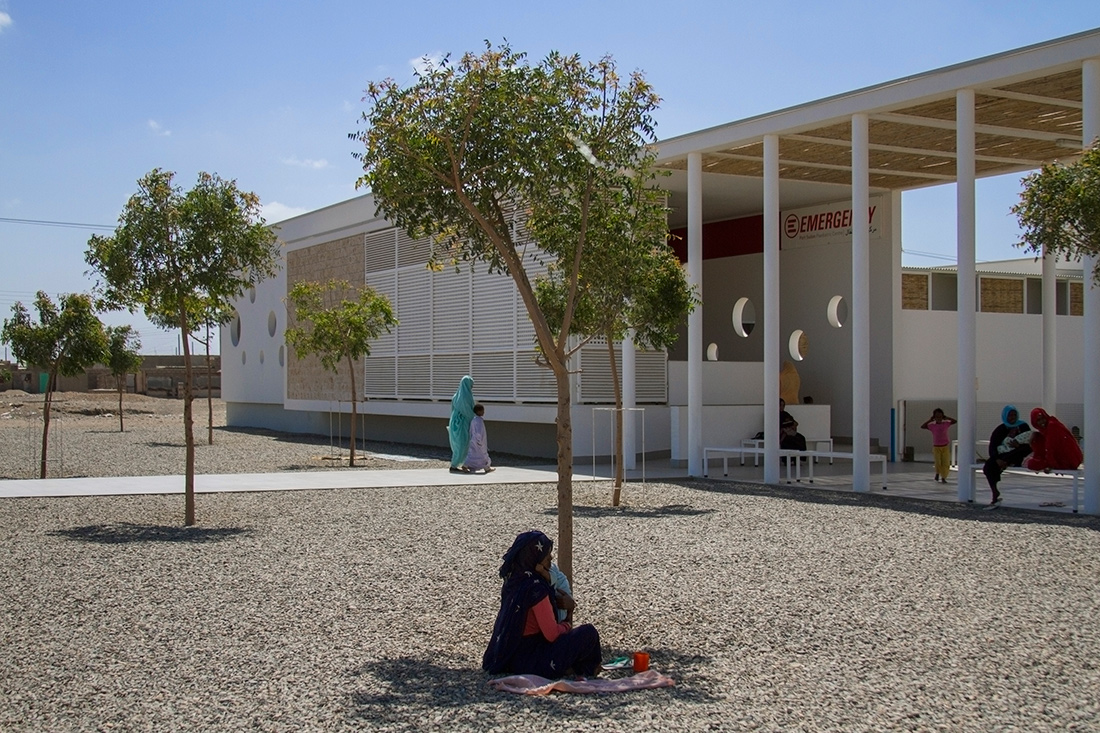 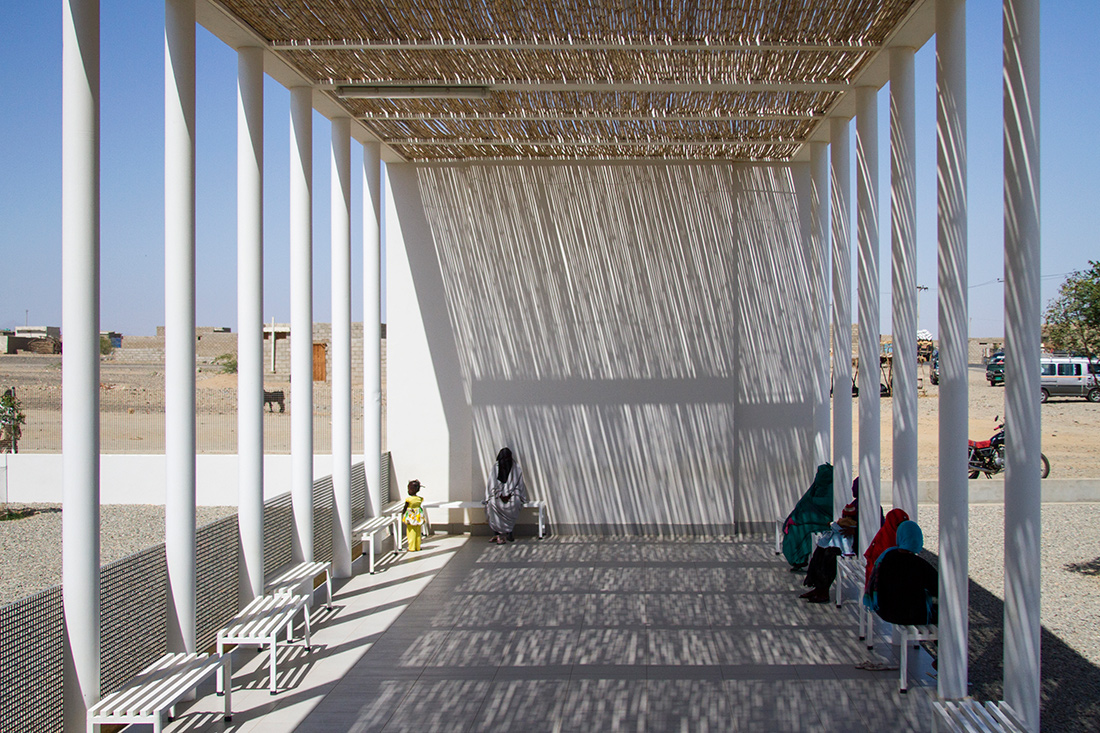 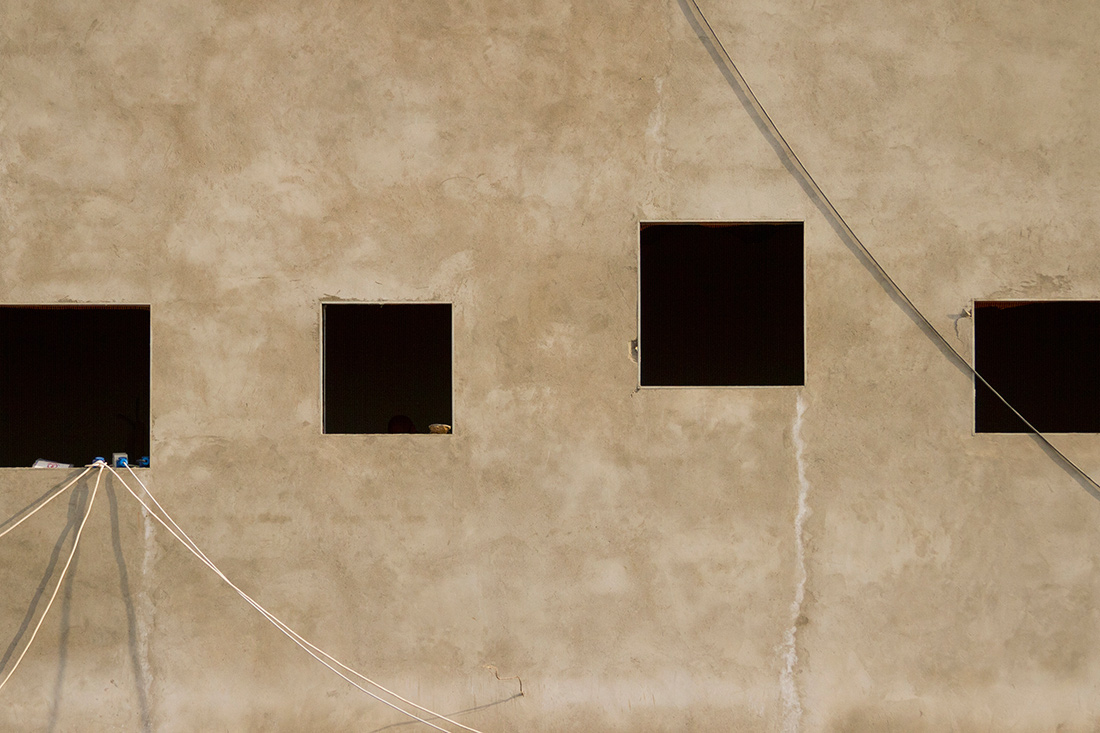 TAMassociati has developed on behalf of AKDN (AGA KHAN DEVELOPMENT NETWORK) the master plan for the hospital of Kisumu, the second city of Kenya and the project of the first batch of the hospital.

The master plan of the new hospital plans to expand the current hospital already in operation to 400 beds. The first lot project involves the construction of 110 hospital beds, 4 OT and intensive care unit + spaces for diagnostics, maternity and pediatrics for a total area of 8530 sq.m distributed over four floors and basement.

The hospital will have a great impact on the urban and local level and will be a new urban landmark.
Great attention has been given to the thermal “passivity” of the building in order to minimize the use of cooling and air treatment.. 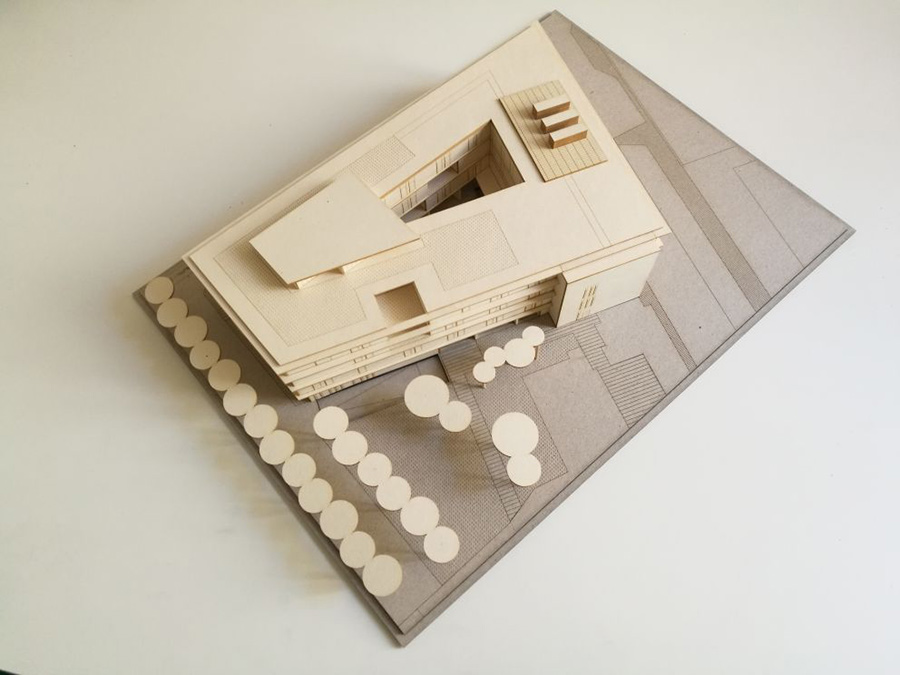