For the Octagon Chair, Feichtner used wire of the type that’s usually welded together to produce fences as his material. In the process, he adopted a welding technique used to connect two crossed wires that is usually employed only in fence production. Feichtner’s Octagon Chair forms a figure 8 made from a total of twelve looped wires that overlap only in the seating surface. A cantilever chair-made not of a single steel pipe, but rather of twelve thin, bent wires.
This project was a mutual experiment-for H+S Zauntechnik the producer, who doesn’t usually produce furniture, and for the designer, for whom “wire fencing” was something entirely new. An experiment as the starting point for a new way of approaching things and for exchange resulting from a mutual passion for design. 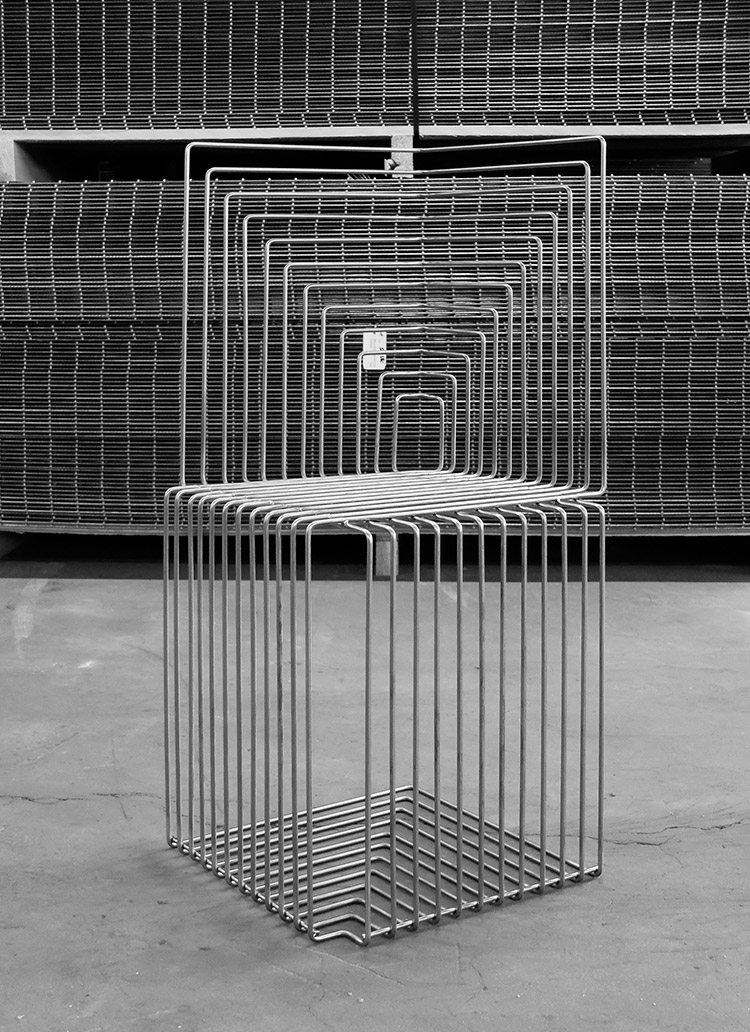 Thomas Feichtner is an internationally established product designer. He designed numerous products for international brands. His work is positioned midway between industry and handicrafts, mass production and one-of-a-kinds. His work was honoured with many international design awards and have been acquired by various leading design collections. In 2011 he was awarded by the Austrian State Award for Design. Since Oktober 2018 he is Head of Institute of the Bachelor and Master Program Industrial Design at the Joanneum in Graz. He lives and works in Vienna and Graz. 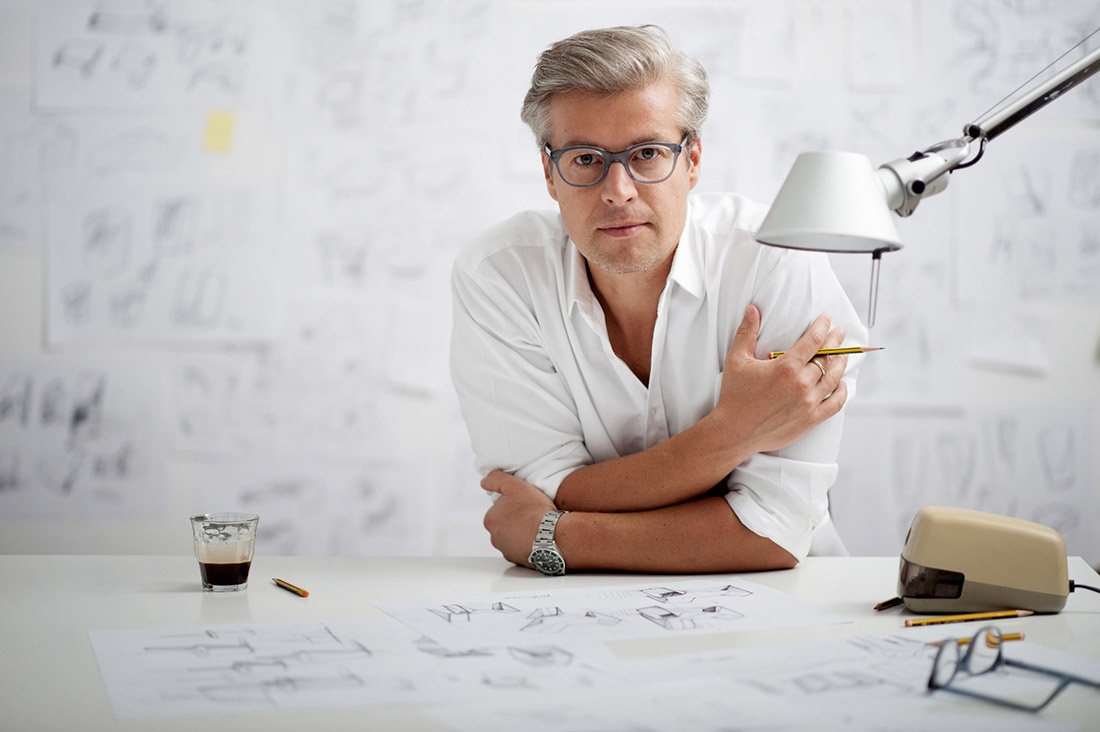