“How to become modern and to return to resources”.

In the conference we intended to discuss the concept and potentials of critical regionalism in the third millennium. After the fall of the first wave of “globalisation” through the economic crisis in 2008 and with the rise of ecological and other crises, it is becoming increasingly evident that “universal civilisation” needs to respect the knowledge and experiences of “autonomous cultures”, like Kenneth Frampton pointed out in his famous essay “Towards a Critical Regionalism” in 1983, almost 40 years ago. Critical regionalism here and now, which doesn’t solely represent a certain architectural theory and related spatial practices, but also a paradigmatic spatial turn from abstract space to concrete place. Critical regionalism can thus help us solve the problems of urbanisation, the relation between historic towns and suburbia, regions and states, states and continents, continents and the entire planet… Through critical regionalism, which – as indicated by the name itself – combines cosmopolitan critical viewpoint with regionalism as a sense of local specificity, universal civilization can be attuned to autonomous cultures, and all of them to nature. The various crises, which always start locally, but later become increasingly global, whether urban, ecological, financial, health-related or last but not least war crises, also have a common denominator in space and are much easier to solve with a changed spatial paradigm. By pursuing critical regionalism (Kenneth Frampton), through the phenomenology of senses (Juhani Pallasmaa), and by utilising spatial and place principles, it may be possible to guide architectural and urban development and once again establish links between the modern and the traditional, the scientific and the artistic, the technological and human, the cultural and the natural. Such urban development would no longer address only contemporary sustainability but also be able to sustain the future. We can come from “clashes of civilisations” to “the coexistence of cultures” – with a proper change we have a chance to develop this ability…

In a world where technology seems to be the driving force in our everyday living and working, where evolution of so-called “artificial intelligence” can be even more powerful than “industrial revolution”, maintaining the human touch and unity has never been more important. Working and creating together can benefit not just the design process and the work of the studio, but the growth of our own being as well.

Instead of chasing different postmodern strains of “virtual reality” and “reality shows”, where people lose themselves as in ancient labyrinths, it would be, above all, a good idea to rediscover the real. Beyond virtual-ity, we can discover the virtue-lity of real… We can think in a such subtle way as if to almost touch the thing as such and come closer to reality in its safety … We do not just need an analytical review of the objective and subjective, technological and human, outside and inside – what we really need is an insight into the spatial dimensions of a place, we need the insight in site, here and now!

Debate is a part of the 3-part Conference. More here. 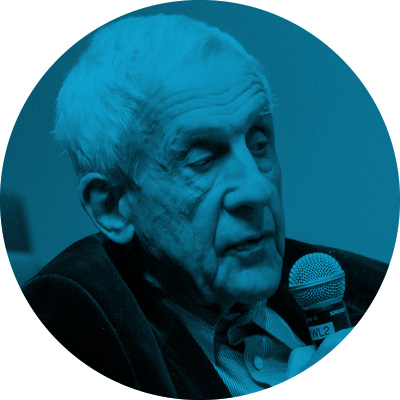 Architect and historian Kenneth Brian Frampton, the Emeritus Ware Professor of Architecture at Columbia University’s Graduate School of Architecture, Planning, and Preservation is known
for his writing on twentieth-century architecture and for his central role in the development of architectural phenomenology.
His books include Modern Architecture: A Critical History (1980; revised 1985, 1992, 2007 and 2020) and Studies in Tectonic Culture (1995).
Frampton achieved great prominence and influence in architectural education with his essay “Towards a Critical Regionalism” (1983). In this paper he is critical toward postmodernism, globalisation, mass consumer culture and the impact that this has had on architecture and society.
For Frampton, this represents a particularly salient issue within the modern movement, as it has pushed architecture toward mediocrity, sameness and limited urban form which lacks any kind of cultural celebration or diversity. To remedy this, Frampton argues that the adoption of a more critical regionalist approach is required in architecture, one that takes into account specific considerations to place, topography, climate and culture. 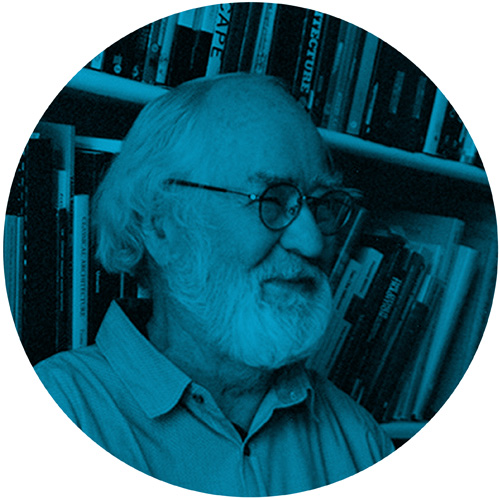 Juhani Pallasmaa (Hämeenlinna, 1936) is a Finnish architect, architectural theoretician and phenomenologist, a writer and a teacher. In the period 1978–1983, he worked as Director of the Museum of Finnish Architecture, organizing exhibitions with authors such as Tadao Ando, Alvaro Siza and Daniel Libeskind, artists fully unknown in those times. He managed his own architectural office in Helsinki, Arkkitehtitoimisto Juhani Pallasmaa KY, designing several important works of Finnish architecture, including Itäkeskus shopping centre (1989-91), Kamppi centre (2003-06), most Vikki (2002), etc.

Pallasmaa gained widespread attention thanks to his lectures on cultural philosophy and environmental psychology and his books on architectural theory, introducing a special research field based on the phenomenology of senses. His book, The Eyes of the Skin (1996), which immediately attained global renown, constitutes a withdrawal from the prevailing “ocularcentrism”. Instead of highlighting the importance of the eye or ranking vision above the other senses, the book aims to demonstrate that a certain space may be truly perceived and experienced through all our senses. Among his many books two were also translated into Slovenian: The Embodied Image: Imagination and Imagery in Architecture (2011) and The Thinking Hand: Existential and Embodied Wisdom in Architecture (2012).
He is a regular guest of honour and a visiting lecturer at various universities around the world. In 2014, he was among the Pritzker Architecture Prize jury members.
Photo: Juhani Pallasmaa Architects Archive 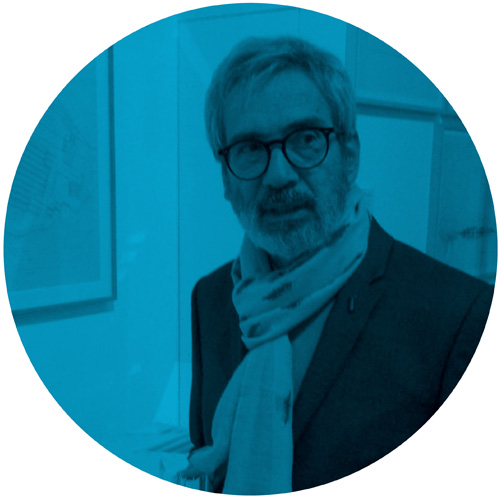 He was lecturer in many European Universities and in the Universidad Nacional de La Plata, Argentina, in 2005 and 2010. The main field of his research is the relationship among art, architecture, city and landscape. He is editor of the series “Space Landscape Architecture”, Gangemi Pbs, Rome. Recently he coordinated a wide research programme entitled Re-cycle Italy, of which he directs the series Re-cycle Italy, Aracne Pbs, Rome. 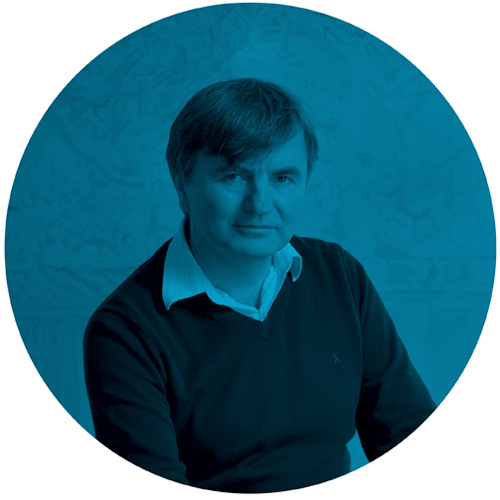 Janko Rožič (Jesenice, 1959) is an architect, urbanist, architectural theoretician, a lecturer and an essayist. He works in his own architectural studio together with some other architects of the Odprti krog (G. Drašler, J. Polda, J. Kolić, P. Benedičič …). He used to work as a research assistant at the Faculty of Architecture in Ljubljana (1988 – 1996), and as an advisor to the Slovenian Minister of Culture (2005 – 2007). Since 2012, he is a lecturer at the Faculty of Civil Engineering, Transportation Engineering and Architecture at the University of Maribor.

He was a prime mover and an architect of the world-famous youth hostel Celica (Cell) which has received numerous awards. He designed the Celica youth hostel in cooperation with some other creative artists and architects (Kočica, Okorn, Krmelj, Ostan, Zorko, Drašler KUD Sestava). He got the Golden Sower Award (Zlati sejalec) in 2013 for the Raduha house in Luče (with Drašler and Suhadolc), the Golden Pencil Award (2012), Plečnik medal and the Constructive Alps 2013 international award for the multipurpose centre Rinka in Solčava (with Lobnik and Podlipnik).

His theoretical and practical work, which is based on spatial principles and linguistic patterns, aims to combine his own creativity with the most contemporary artistic, scientific and philosophical insights as well as with the special ancient spatial wisdom He is the author of numerous essays and a co-author of the book Messages of the Space (Sporočila prostora), published by the Research Centre of the Slovenian Academy of Sciences and Arts, 2008. 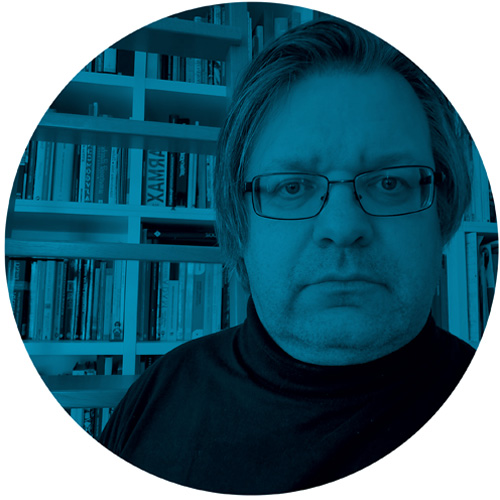 He writes articles on the topics of urbanism and architecture. was the cofounder and the editor of the Večer newspaper’s weekly supplement Architectural Words (Arhitekturne besede) for almost twenty years. He is a member of the Architect’s Bulletin (Arhitektov bilten) and Piranesi magazine editorial boards. He organizes Slovenian and international workshops on architecture and urbanism.

While working at the Maribor Office of Urban Planning, he was in charge of managing the development of Maribor urban design scheme (1995 – 2000). He is a co-founder of the AU arhitekti d.o.o. architectural studio (2000). His most important works are as following: Lendava grammar school, Rogač business premises, multi-purpose regional centre Rinka in Solčava (in cooperation with J. Rožič), marking signs for the European Capital of Culture 2012, the renovation of the Faculty of Civil Engineering, Transportation Engineering and Architecture of the Maribor University (in cooperation with Zadravec arhitekti d.o.o.), interior and exhibition for EXPANO in Murska Sobota.

His is the author of numerous awarded architectural and urban-planning projects, and he is the winner of some notable domestic and international awards such as the European Urban Research Association Award (2001), the Golden Pencil Award (2013), Constructive Alps Award 2013 – 3rd place, the Plečnik medal (1997, 2013, 2017). 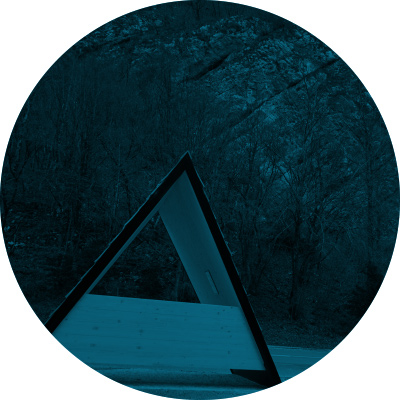 Odprti krog/Open circle is non formal group of architects, which was established by Janko Rožič, Ira Zorko and Aleksander S. Ostan in the beginning of 90s on the Faculty of Architecture in Ljubljana, where Janko Rožič was assistant and researcher. They developed a special methodology of architectural and urbanistic workshops in different places like Gornja Radgona, Bovec, Maribor, Koper, Črnomelj, Bohinj, Bled, Gorje in Slovenia and Cetinje in Montenegro…

We will inform you about the possibility of participation within three days.

Programme is co-financed by the Ministry of Culture, Republic of Slovenia.

Zumtobel turns light into an experience. And improve the quality of life through light. The right light. At the right time. In the right place.