Positioned on the Alpe di Siusi (Seiser Alm) plateau at 1.900m above sea level and set within South Tyrol’s Dolomites UNESCO World Heritage site, the hotel’s humble origins date back to a simple 1930s mountain lodge. Granddaughter to the founder of the original Icaro lodge, Angelika Sattler commissioned MoDusArchitects to overhaul the structure and reimagine its identity. In plan, the new addition mirrors the existing west wing along the axis of the original lodge to forge a symmetry of parts to the whole relationship. On the outside, the thickened saw – toothed larch – wood skin, together with the large pitched wooden roof and the timber columns, constitute an ordering system that subsumes the myriad of past modifications into a cohesive architectural body. The 13 branch ing wood columns that march down the 55m length of the south – facing facade and span over the two upper floors are structural elements that tie the roof into place and serve as a middle – ground frame through which guests measure themselves up against the architecture and the landscape. The first floor terrace draws a straight line across the two far corners of the building to define an airy, double – height loggia that extends the interior spaces of the guest rooms outwards.

What makes this project one-of-a-kind?
Importantly, awarding Icaro Hotel would also signify awarding private commissions that have gone the extra mile to obtain high quality results. Conscious of the responsibility of building within a UNESCO World Heritage Site, on her own initiative, the client organized an international architectural competition to seek out different proposals to better understand how to intervene on the existing building and how to calibrate the business aspirations of the hotel with the parameters of the site and its incumbent fragility. She invested in hiring a coordinator for the competition that helped her write the project brief, and she involved her family every step along the way, sparking important conversations about her family’s deep rooted traditions in the making Icaro Hotel. It must be noted that Icaro Hotel is a renovation project with the addition located mostly underground so as to maintain a certain equilibrium on the site, however it is a project that seeks out the expressive, material dimension of the architectural field whereby the tectonics of a project are able to connect tradition and place with bold architectural statements. Awarding the project also awards efforts to work with existing conditions, no matter the “value” of that which is existing — the existing hotel was a very modest construction in all senses of the word. It goes without saying that this tenuous balance between site and building, between past and present, between land consumption and sustainable development is a balance that cuts transversely across programs, countries and sectors, and as such winning a Dezeen award in this category underlines the pressing concern for connecting hotel projects to these larger topics. Then, there are also the interiors of the project, the client’s husband is a contemporary artist and she has made contemporary artistic production and craftsmanship a priority, not only for their aesthetic values but also as carriers, as bearers of culture. Conceptualizing the interiors as ways in which culture can be assimilated and transmitted is what sets this project apart. Embedded within the interiors of the hotel lie stories, family heirlooms, and a celebration of contemporary artistic endeavors and artisanal know – how. The kaleidoscope of forms, colors and materials stand outside the canons of alpine design and pull together objects, animals, and hospitality accoutrements in a congenial narrative of surprising spaces. 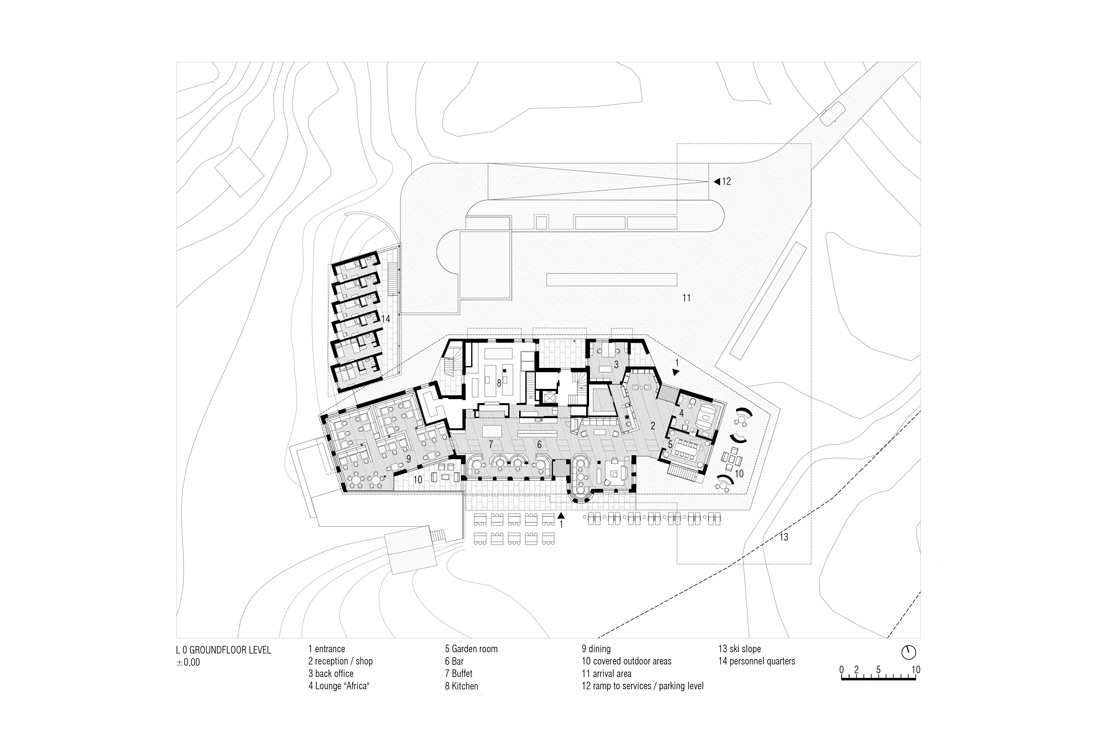 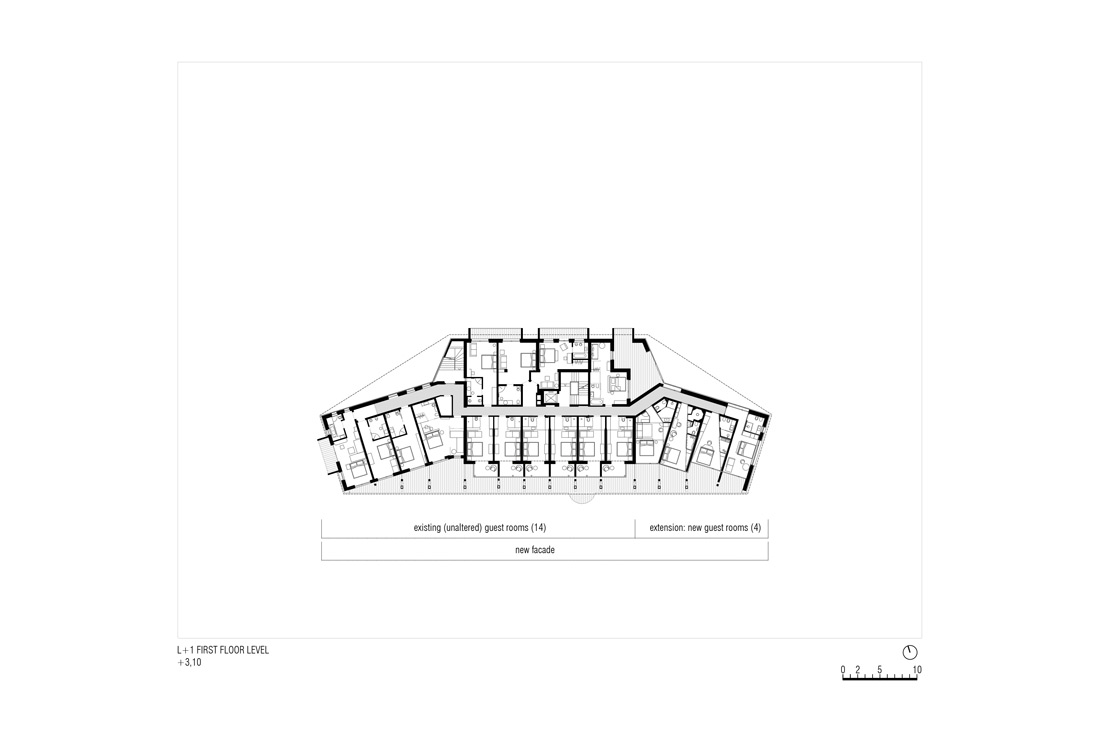 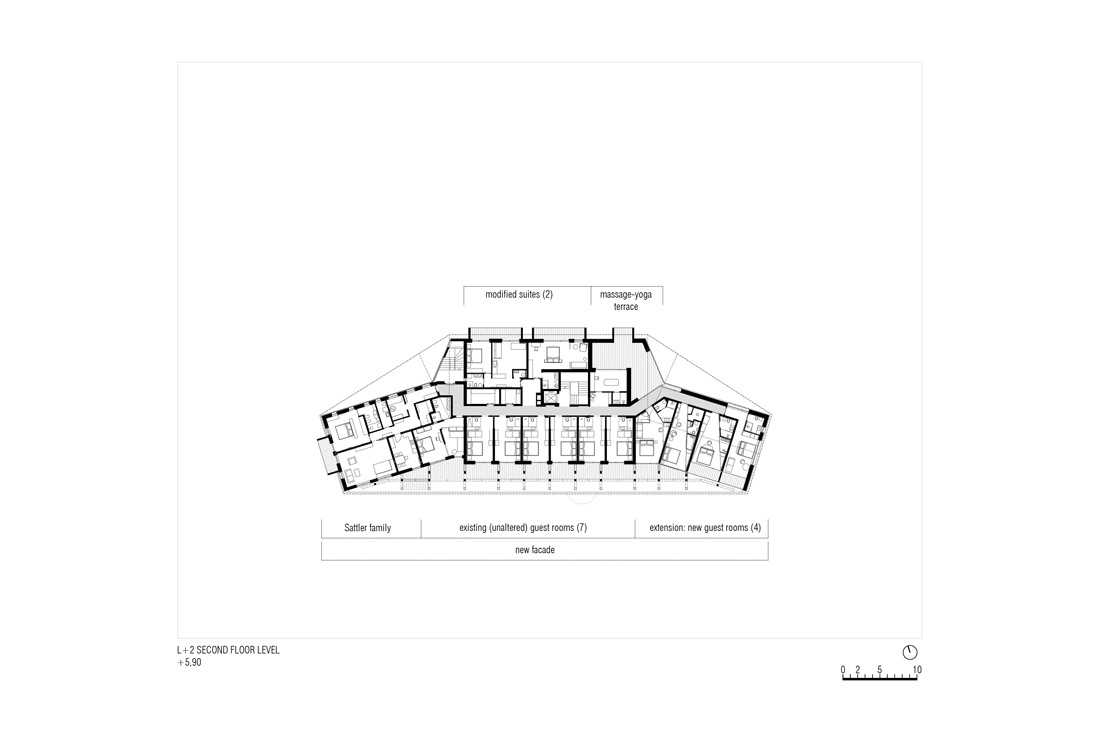 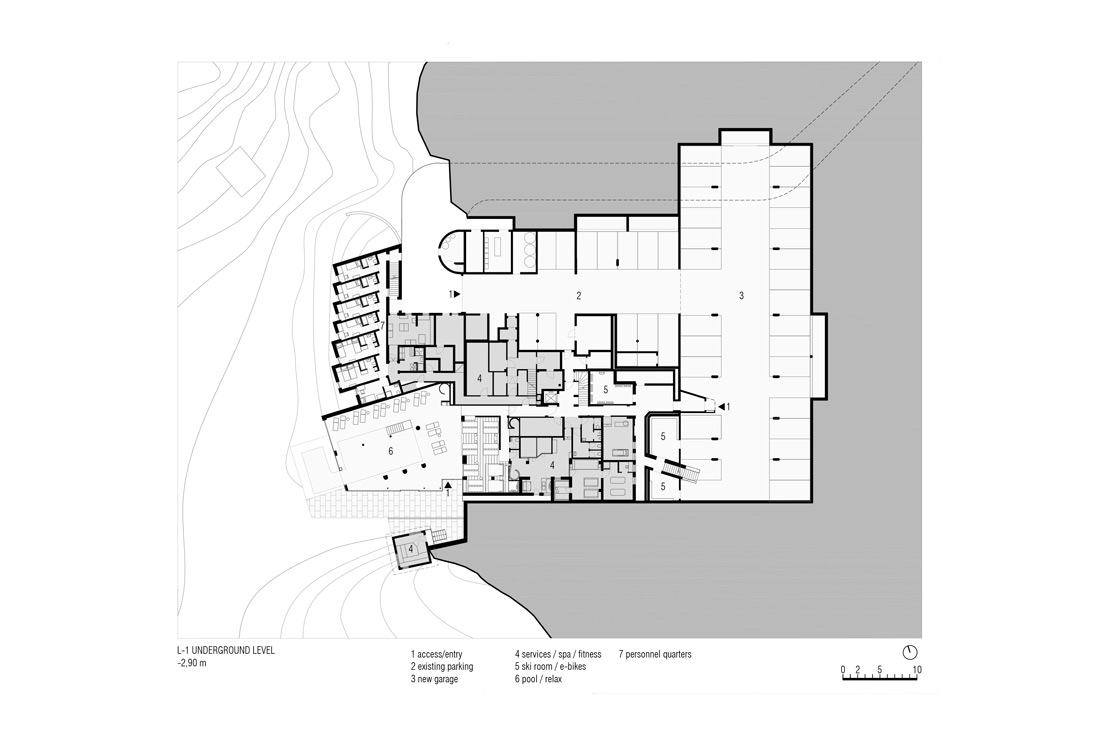 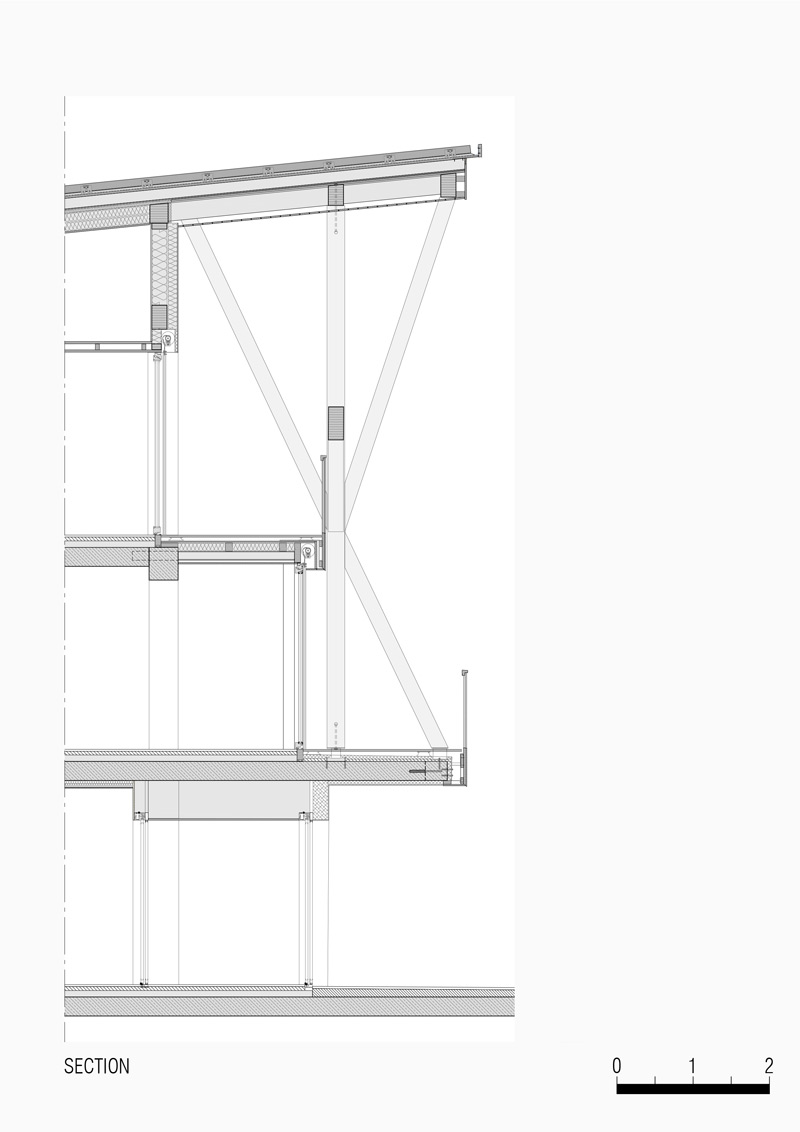 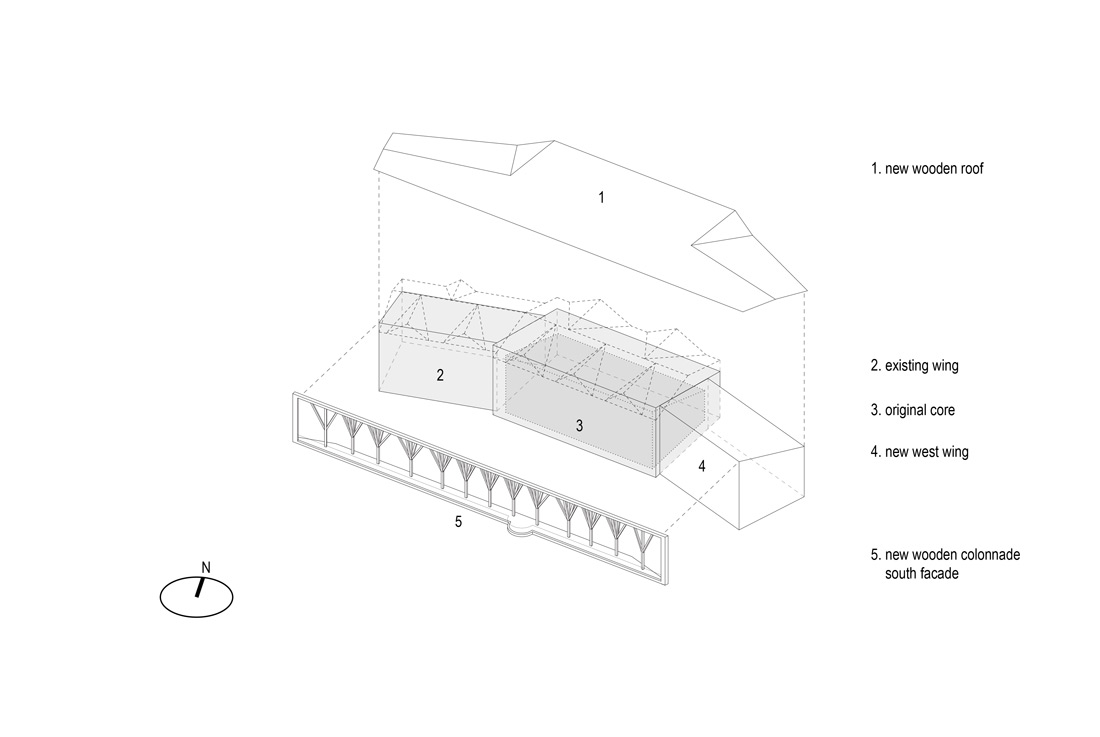