House of chickens by SO?; Turkey

Being part of an art and architecture farm that aims to revitalize a neglected rural area into an attraction point without losing its value of rural characteristics, this small building aims to use design as a transforming tool. The main question that the project aims to response is “Can design have a transforming effect on the rural environment without dominating nature?”. Throughout the 20th century, the design has been used as a medium to implement modernity on various parts of our urban lives. Today, the contradiction between urban and rural is sharpened and the values of rural environments that have been neglected for a while are being rediscovered again. Rural is not only an option for retreat any longer, but it is also steadily becoming a way of life that people would prefer instead of a never-ending struggle in a chaotic urban environment. The technical achievement of the project lies under the fact that even using simple construction techniques that do not challenge the nature, a significant image and spatial quality is possible to obtain. Spatial quality is not only something that human beings are also in need of. The reciprocity between human and animal is the main design aspect that shapes the sectional design of the project.

The main question that the project aims to response is “Can design have a transforming effect on the rural environment without dominating nature?”. 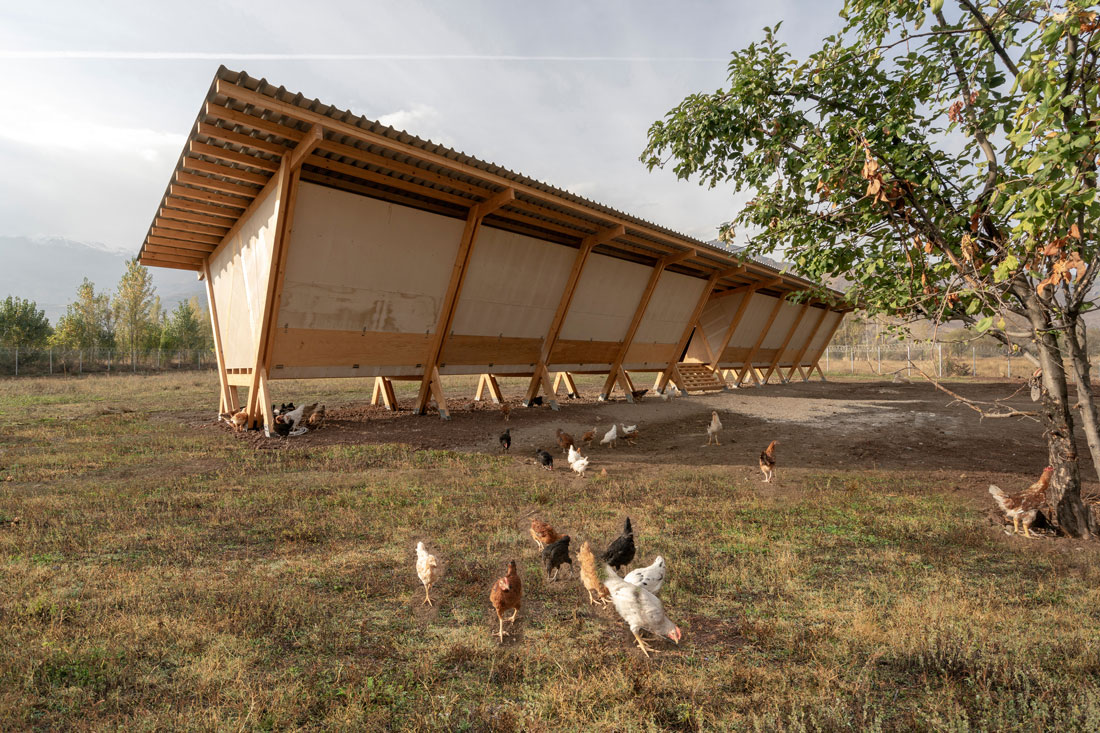 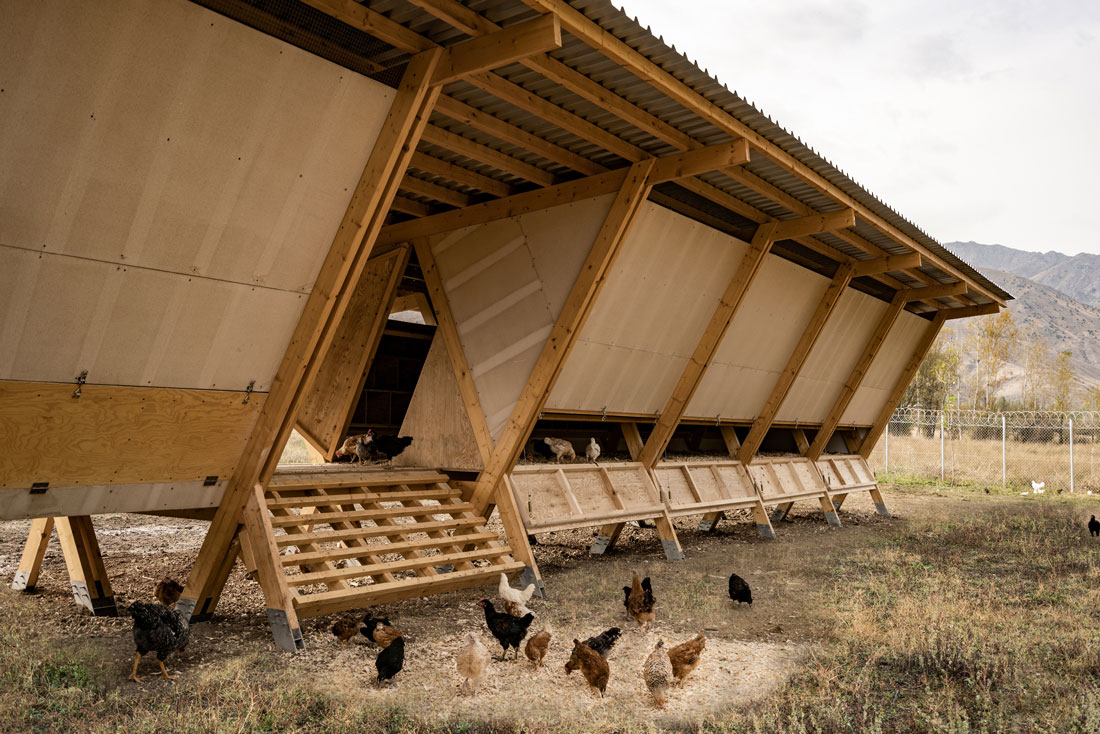 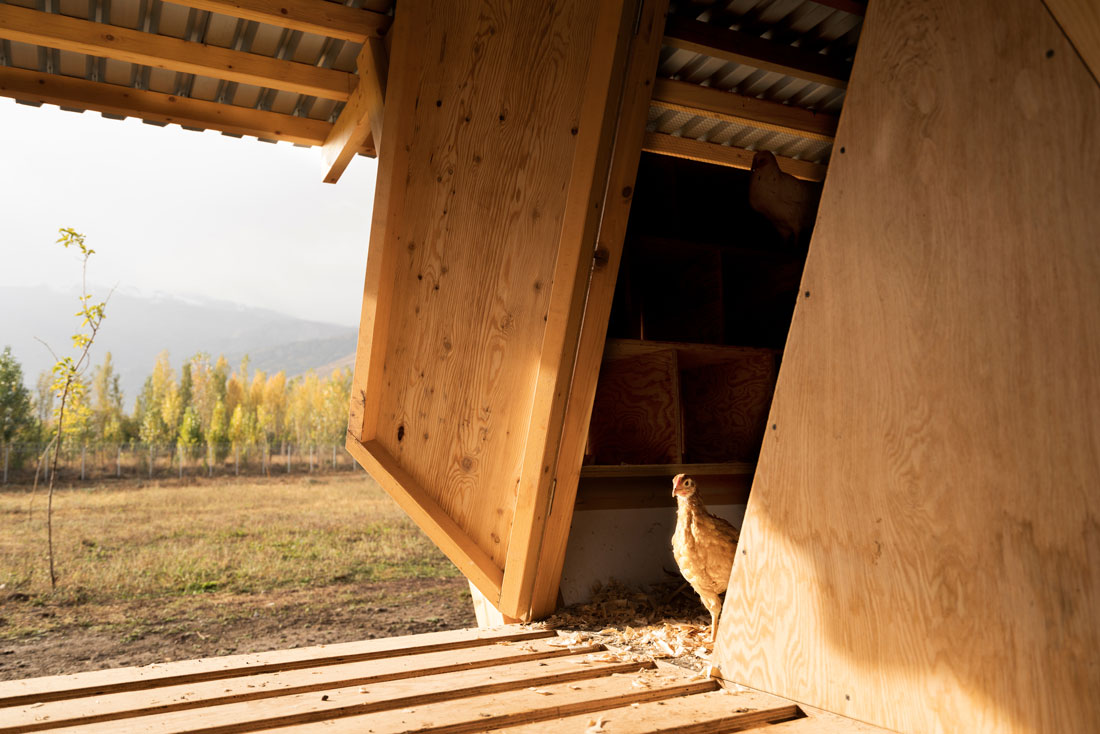 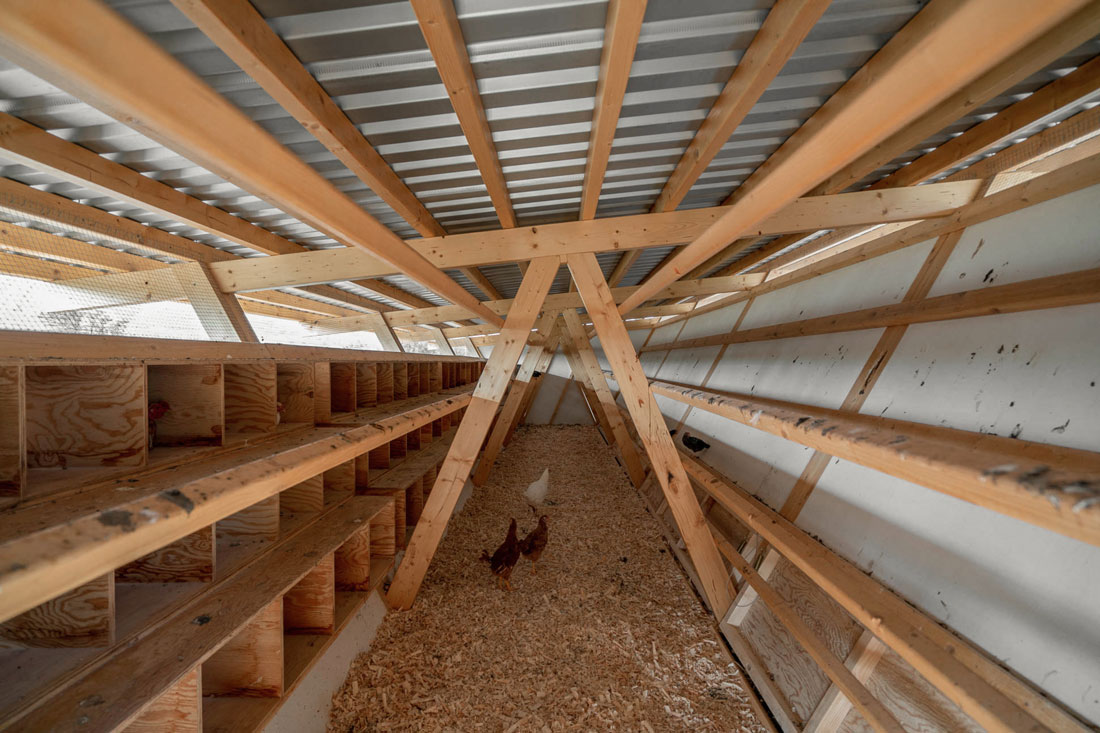 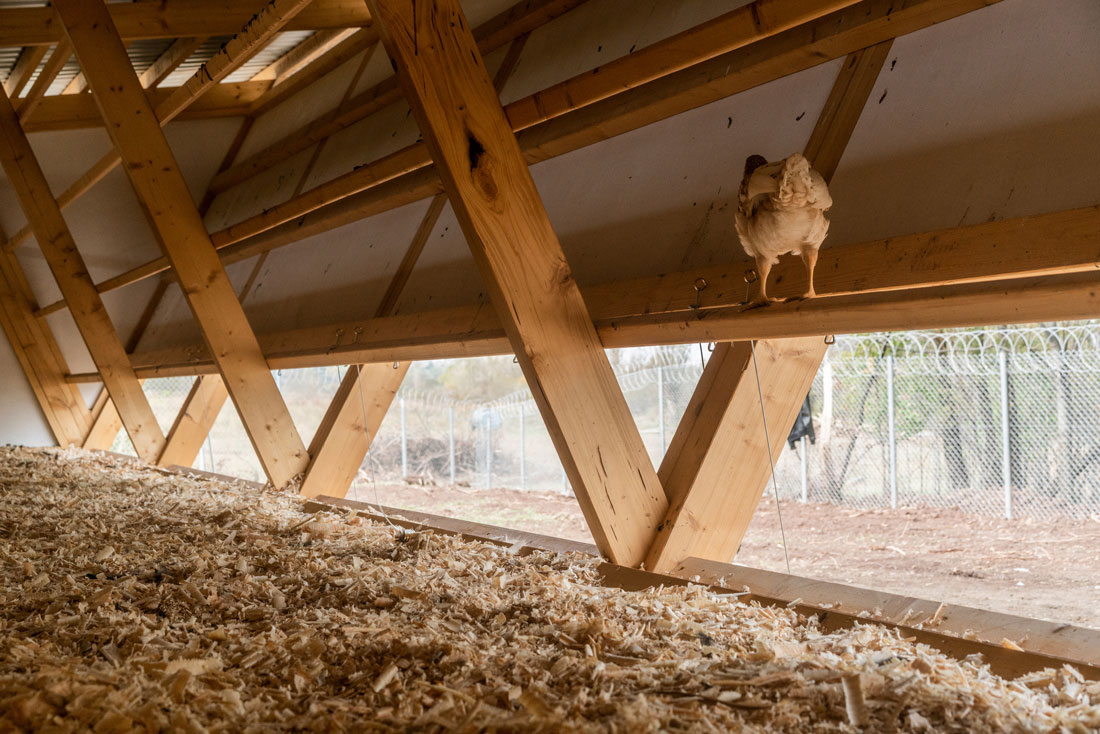 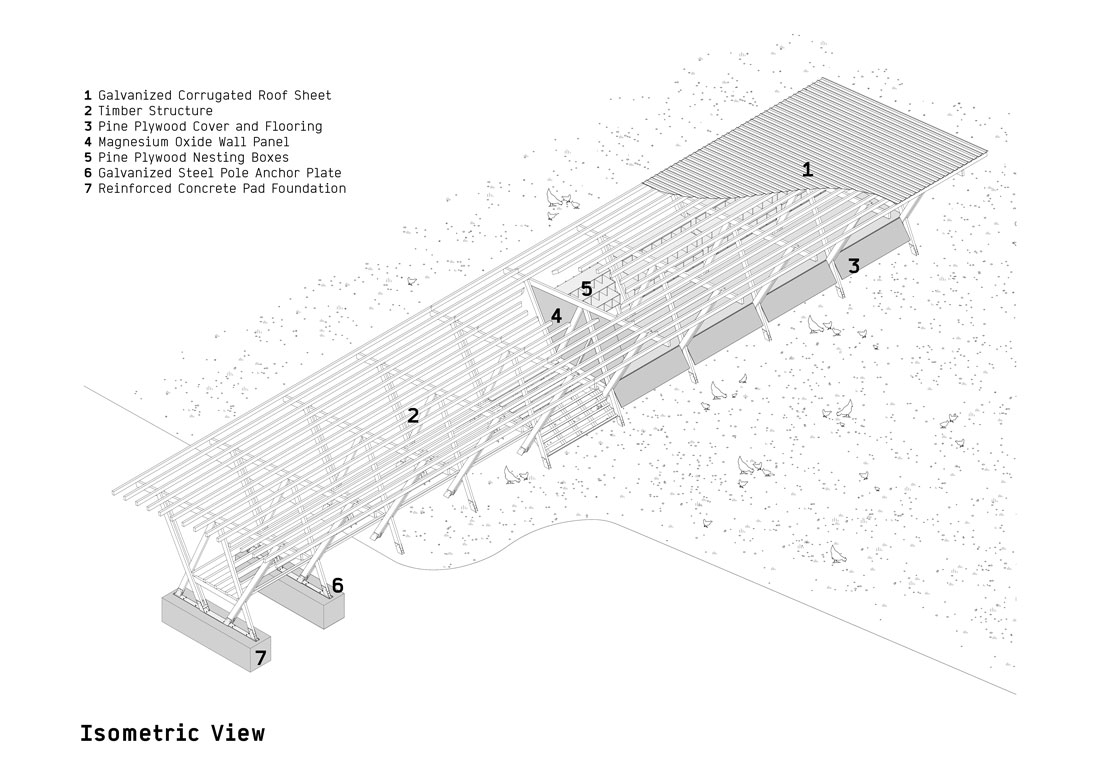 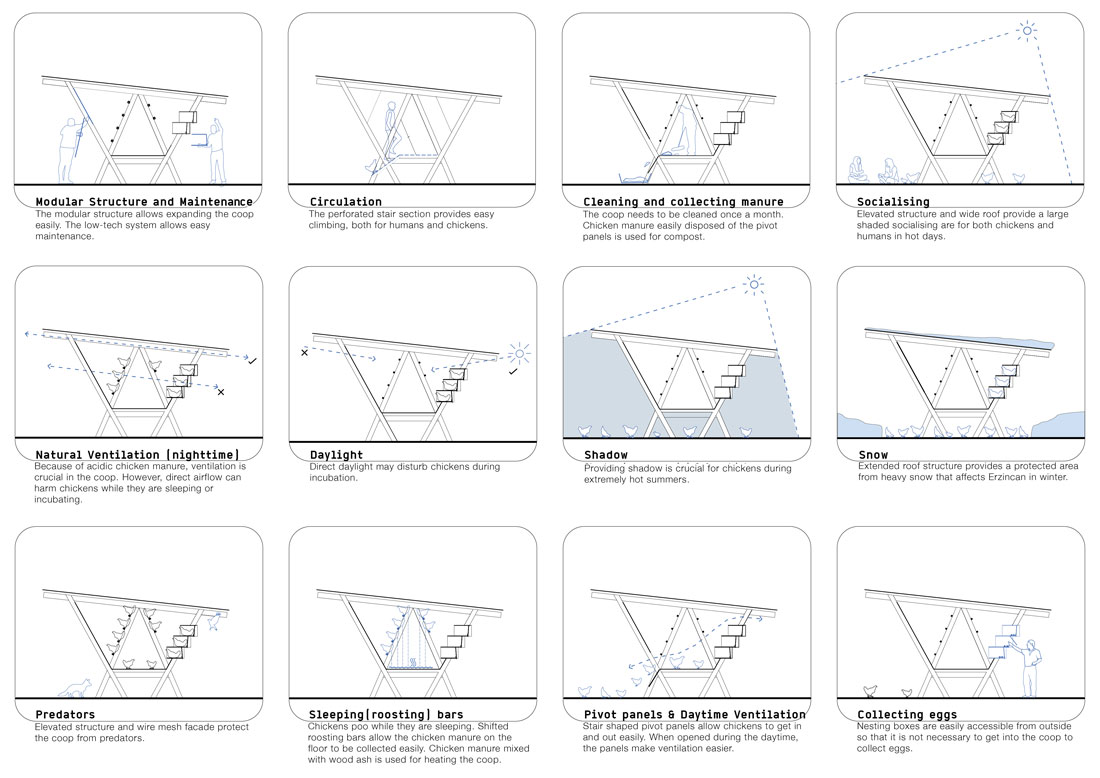 Founded in 2007 by Sevince Bayrak and Oral Goktas, SO? is an Istanbul-based studio focusing on design, architecture, and urbanism. In 2013, they won the Young Architects Program by MoMA/PS1, creating Sky Spotting Stop for Istanbul Modern, which was exhibited in MoMA and MAXXI. In 2015, they won the invitational competition at the Royal Academy of Arts; their project Unexpected Hill was realized in London. Righ after that, their installation Lost Barrier was mounted in Rome and acquired by MAXXI for the permanent architecture collection. Their work has been published internationally and nominated for prestigious Mies and Aga Khan Awards. The duo has lectured in cities such as Istanbul, London, Bordeaux, New York, Genoa, Rome, Arles, Ljubljana and Sarajevo. Their recent work include a public cultural center in Istanbul, a chicken coop and a cabin in the rural parts of Turkey, and an interdisciplinary research project on post-disaster emergency housing. Bayrak recently completed her PhD dissertation on the evolution of public space; both Bayrak and Goktas currently teach at MEF University in Istanbul.