For many decades now, excavations at the complex of Palaeolithic (the period of mammoth hunters) settlements have unearthed a huge number of stone and bone tools and artwork, as well as the skeletal remains of anatomically modern humans. This puts Pavlov and Dolní Věstonice high on the list of the world’s leading archaeological sites. The site reminds us of a past historic age and is both part of the universal cultural heritage and a symbolic integral element of the local culture, fundamentally forming a relationship between the local population and the region. It has embodied cultural values that the local population takes pride in and establishes their relation to the country.

This outstanding and attractive architecture and exhibition covers an area in excess of 500 m2 and combines contemporary audiovisual technology with traditional museum displays. It allows the public to become acquainted with the most important discoveries that scientific research has uncovered here. In addition to photographs and documents that detail the history of the various digs at these sites, the museum will also display the actual finds and explain the spiritual world of these ancient people. Special emphasis will be placed on topics such as hunting, the everyday life of hunters, their art, and their burial rituals, as well as other aspects of their world. 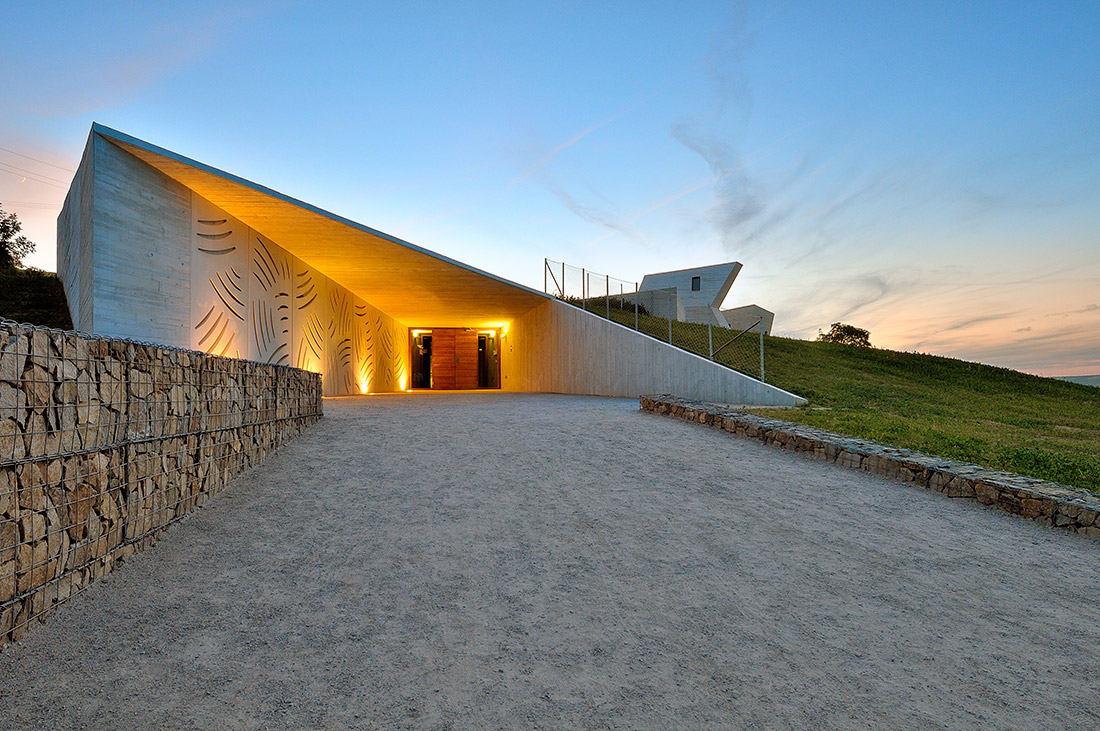 The Archeopark has a delicate location in the sense of broader urbanistic considerations. It is located on the border between the village boundary and the open countryside and forms part of the Pálava hills’ impressive scenery. The majority of the construction is situated underground, with just the white concrete towers projecting above ground.

The architectonic solution is based on the location’s conditions and formed according to three principal aspects: 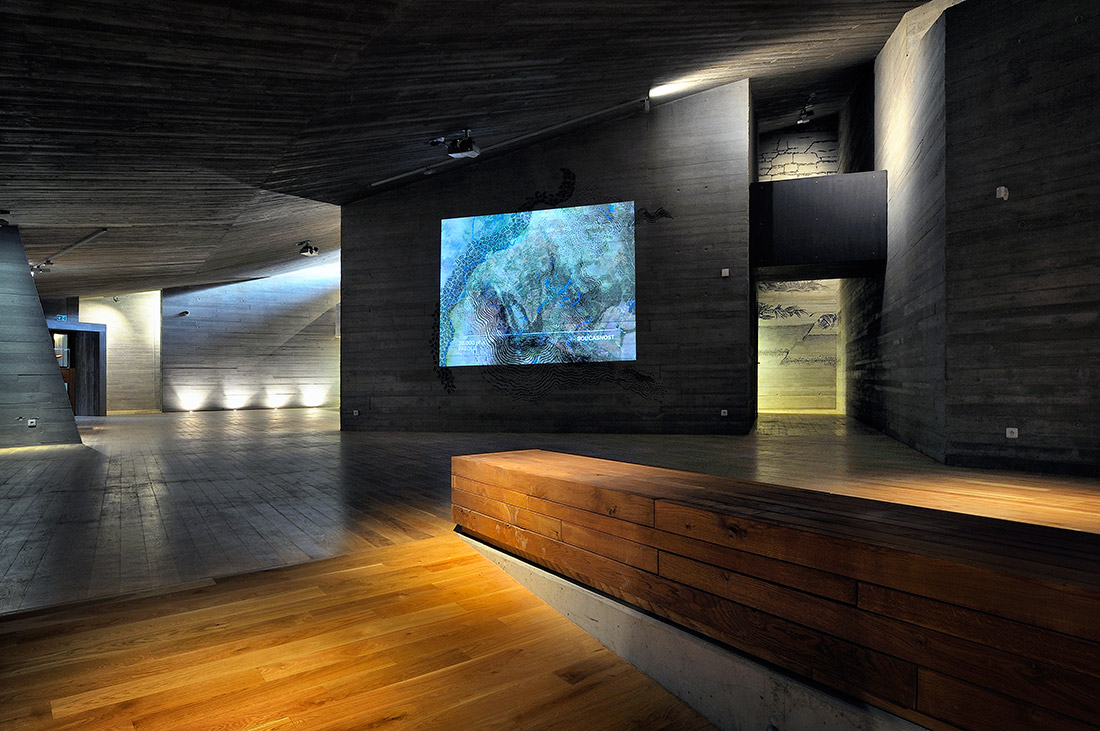 Based on these aspects, the concept of an underground construction arose together with the loose paraphrase of “limestone rocks standing out from green meadows and vineyards”. The main exhibition area—as well as the administrative, technical and social areas—is hidden in the hillside. The skylight tower projects to the exterior, as does the conical entrance and the look-outs to Děvičky and the lake below. The intention is for the building to be reminiscent of the shape of a cave. Regarding the materials, up-to-date means are used to express monolithic reliefs with concrete, oak wood and glass.

The entrance area is defined by gabion walls and forms when entering the Archeopark. This zone is multifunctional: It could be used also for open-air activities, such as theatre performances or further background for archaeological works. This open-air landscape project accommodates spatial and functional use of the area while subtly contributing to the scenery under the Děvín hill. 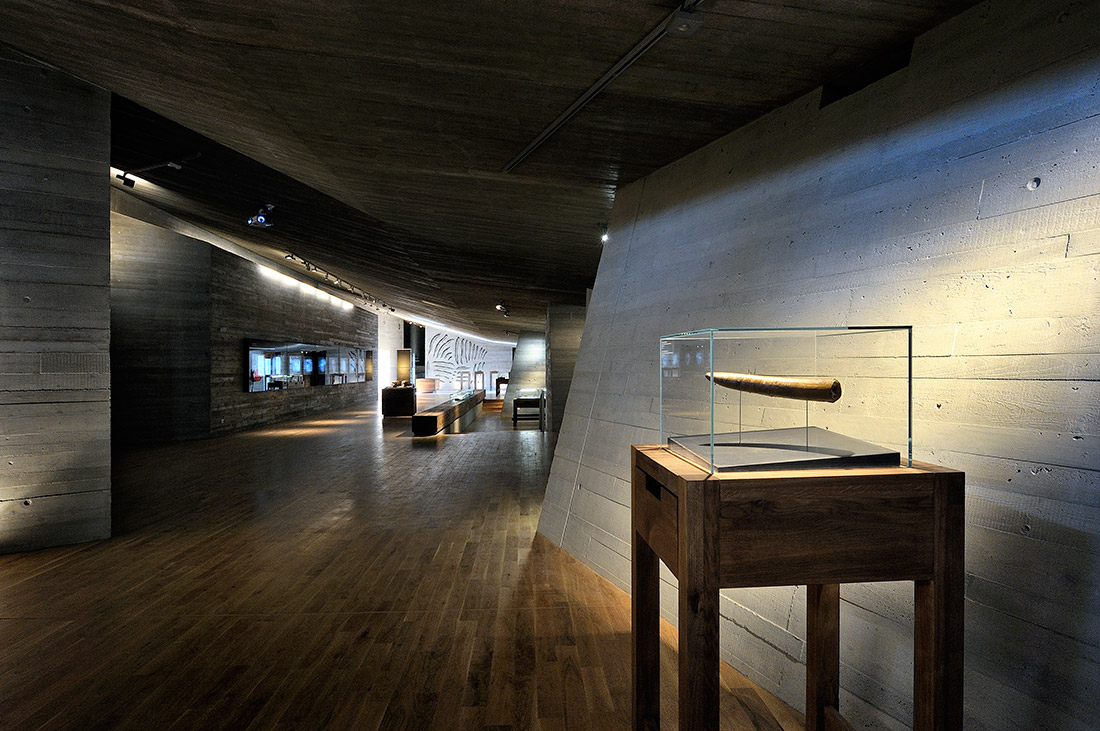 What makes this project one-of-a-kind?
The site reminds us of a past historic age and is both part of the universal cultural heritage and a symbolic integral element of the local culture, fundamentally forming a relationship between the local population and the region. 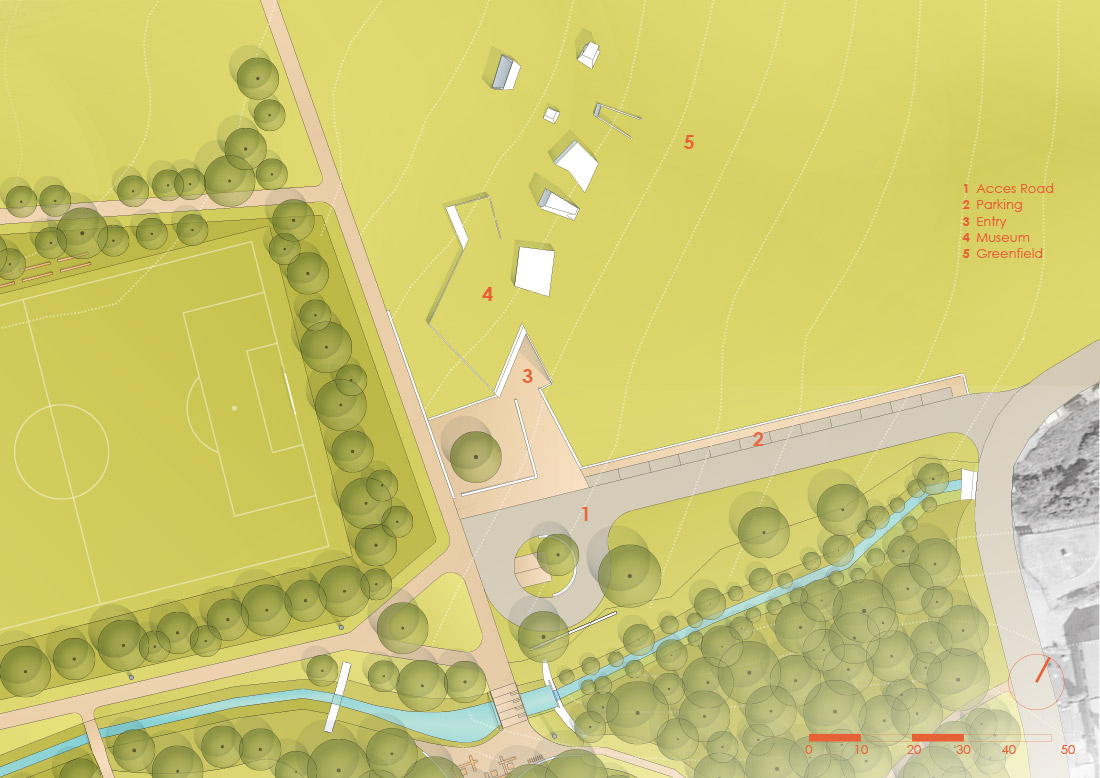 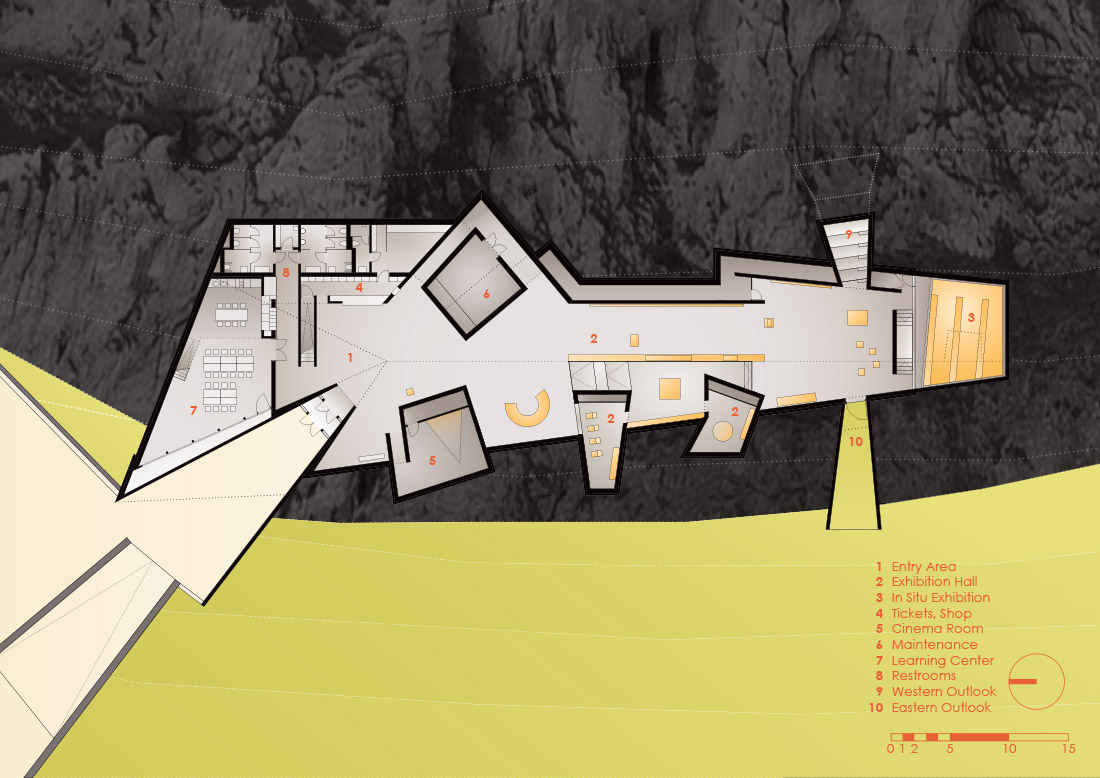