Alexandra Stingl-Enge was born in Leoben in Austria and completed her architectural studies in Graz and Paris. After years of practice she founded the office in Trofaiach together with Winfried Enge in 2001. The office participates in many competitions and has already been able to implement numerous public construction projects. Planning in the context of the environment and in terms of sustainability are important parameters for the operation. The material wood always plays a major role in the implementation.

Kapelle Josefinum
The Josefinum, which was previously used as a kindergarten and afterschool, has been converted into a student center with 77 beds. Via communicative pergolas one reaches directly into the common areas of the housing units, from which the private rooms are opened. A central intervention is the new chapel above the newly redesigned entrance area. Situated in the attic, the so-called “Barbarakapelle”, which at the same time serves as prayer and communication space, connects the two living quarters. Coming from these, one enters a bright, open communication area and then into the funnel-shaped space, which directs the view to the altar. 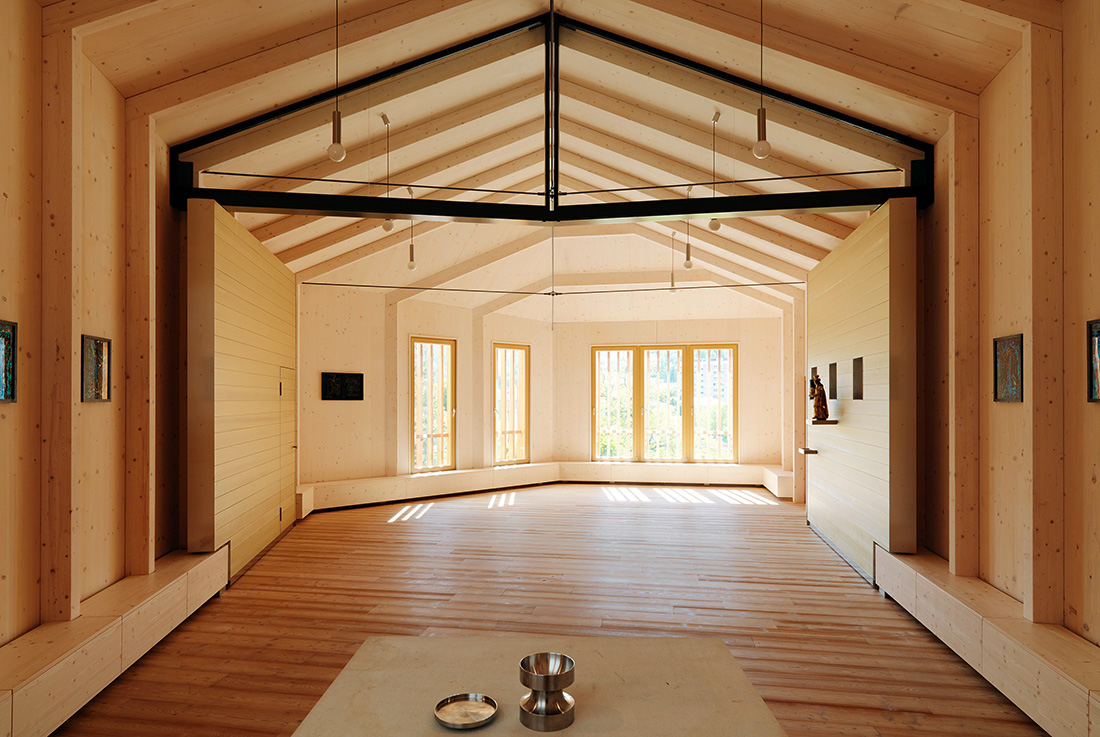 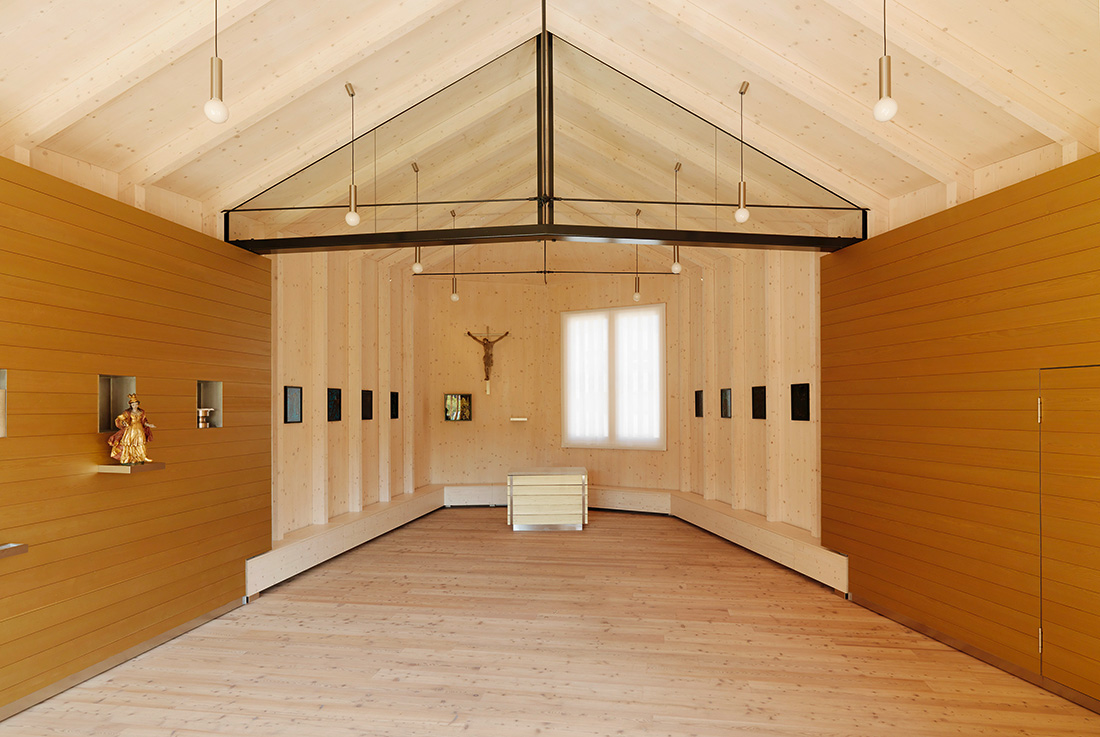 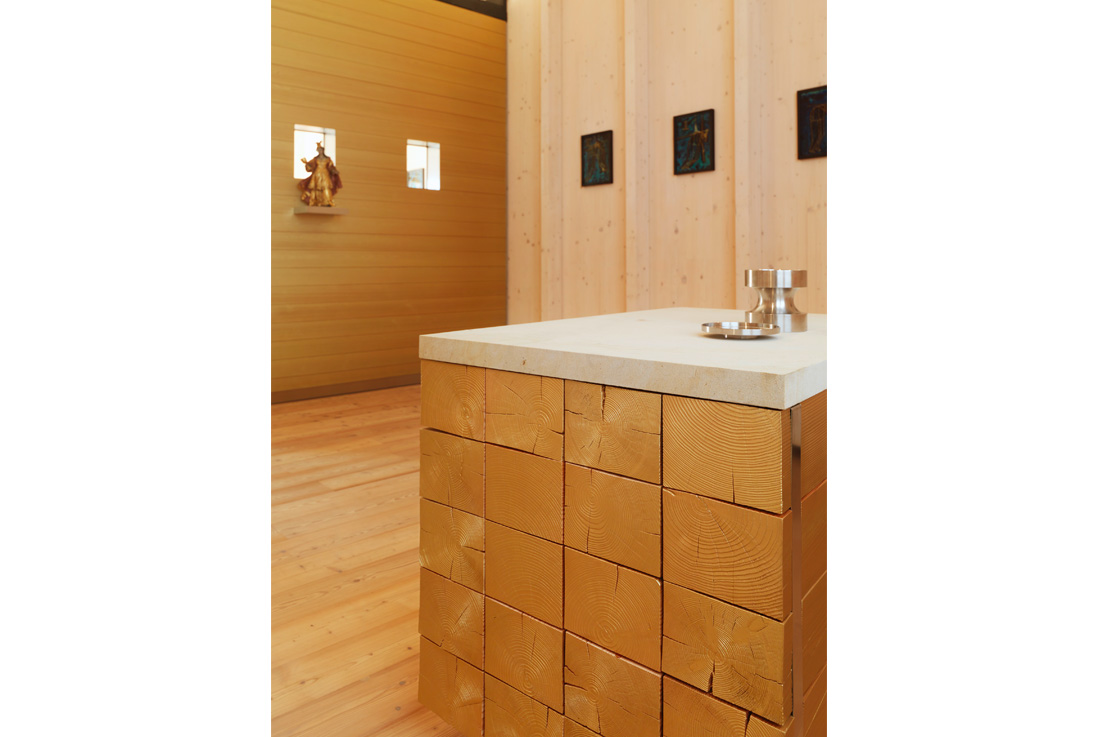 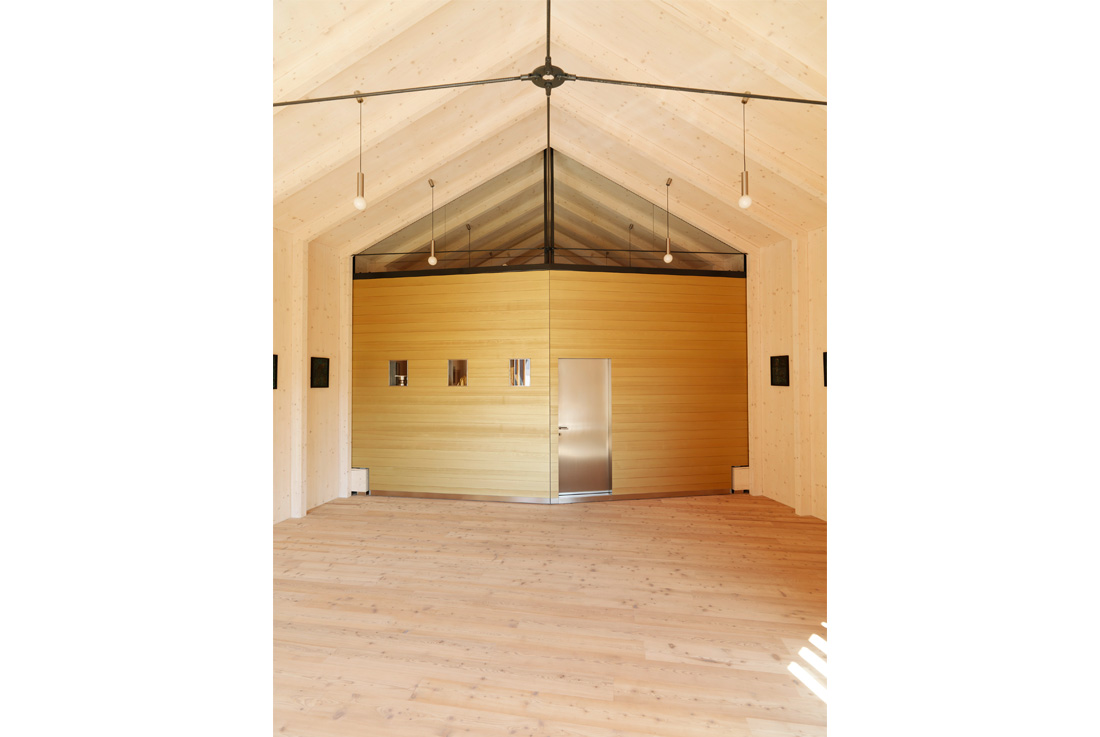 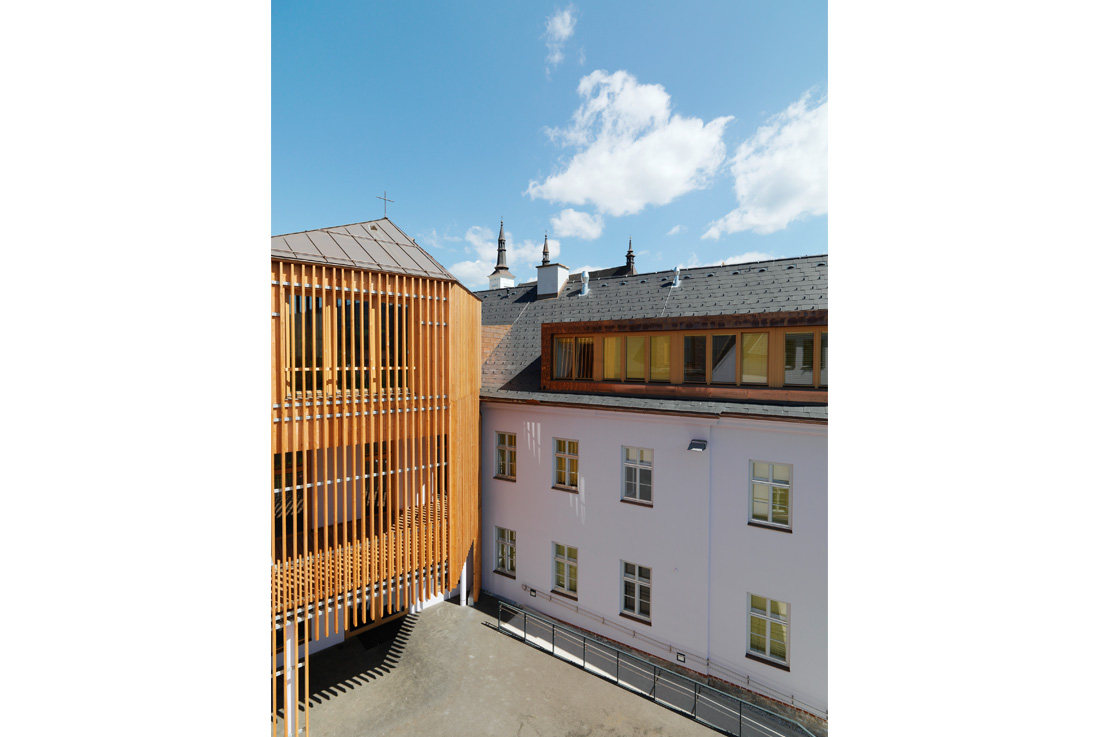 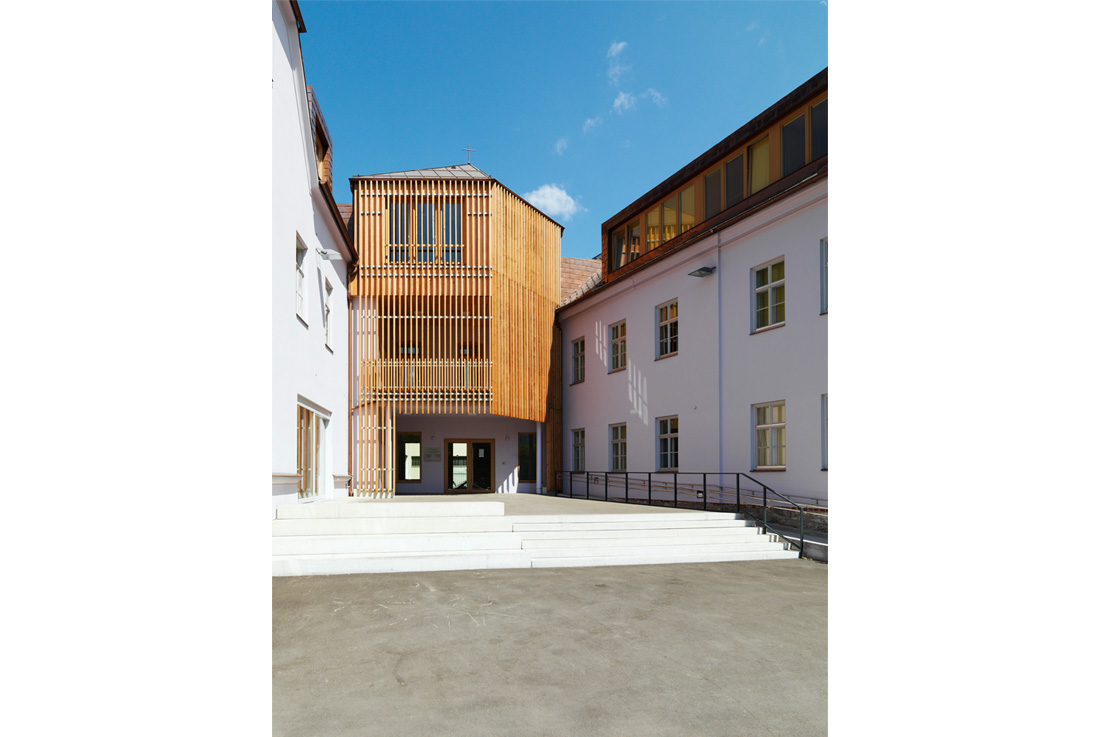