Administration Building with Showroom Tisa is located within the existing wood processing complex along the M17 motorway. The task was to create an object of a combined administrative- warehouse” character, which typologically represents the classic form of “highway” objects related to the industrial zones. The fact that the site is six meters deeper than the highway, was a key factor for the design of the building as well as its functional disposition. Logical location analysis, as well as investor needs, resulted in a relatively new typology. The base part of the building is a two-storey warehouse that binds to the already defined manipulation and traffic surfaces of the existing production. In addition to the warehouse, in this part are the other necessary facilities like wardrobe, restaurant and technical facilities. The second part of the building is formed as the public ground floor at the highway level, in order to intrigue the passing drivers. Very elegant, simple and deep canopy represents the introductory sequence which draws in the visitor into the transparent, first part of the ground floor, where the showroom and commercial sales of products take place. In the second half of the ground floor there are the administration departments and finally, in the deepest part, the management of the firm. Thus the very public, transparent first part subtly transitions into a calm administrative part. The whole volume of the object, with its long, sloping roof in its depth and its simple metallic profiled dark wrap, becomes part of the landscape and its contours. Wooden panelling is the indication to the basic activity of the owner.

The object is typologically administrative-industrial building, conditioned by the context of its location. It manages to impose itself as a mandatory pull-up spot along the highway M17.
The whole volume of the object, with its long, sloping roof in its depth and its simple metallic profiled dark wrap, becomes part of the landscape and its contours. 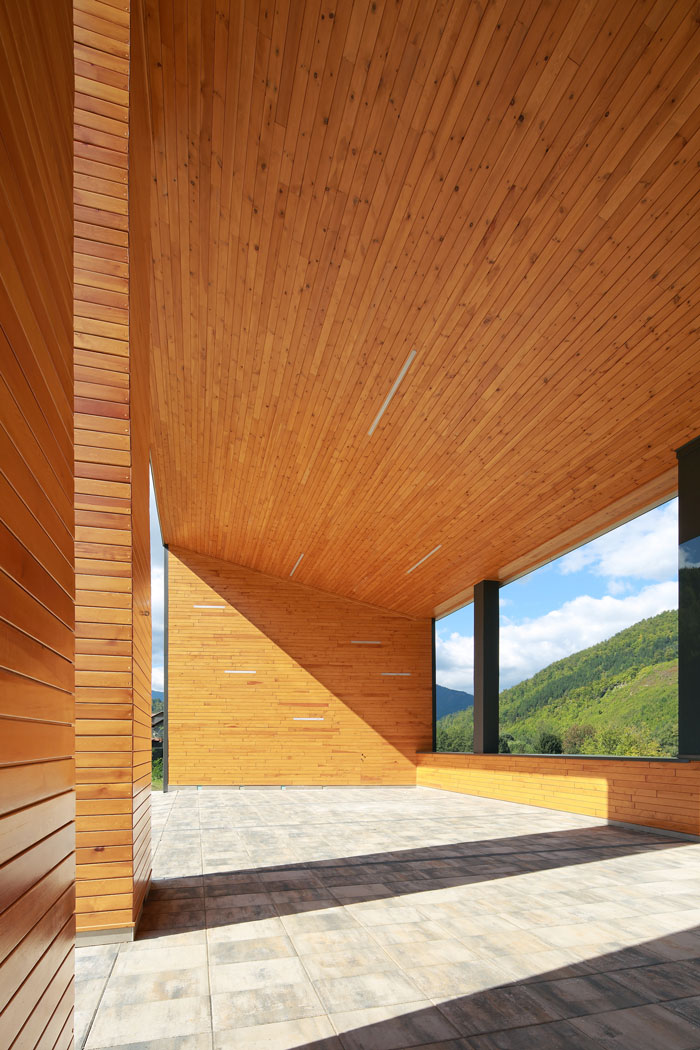 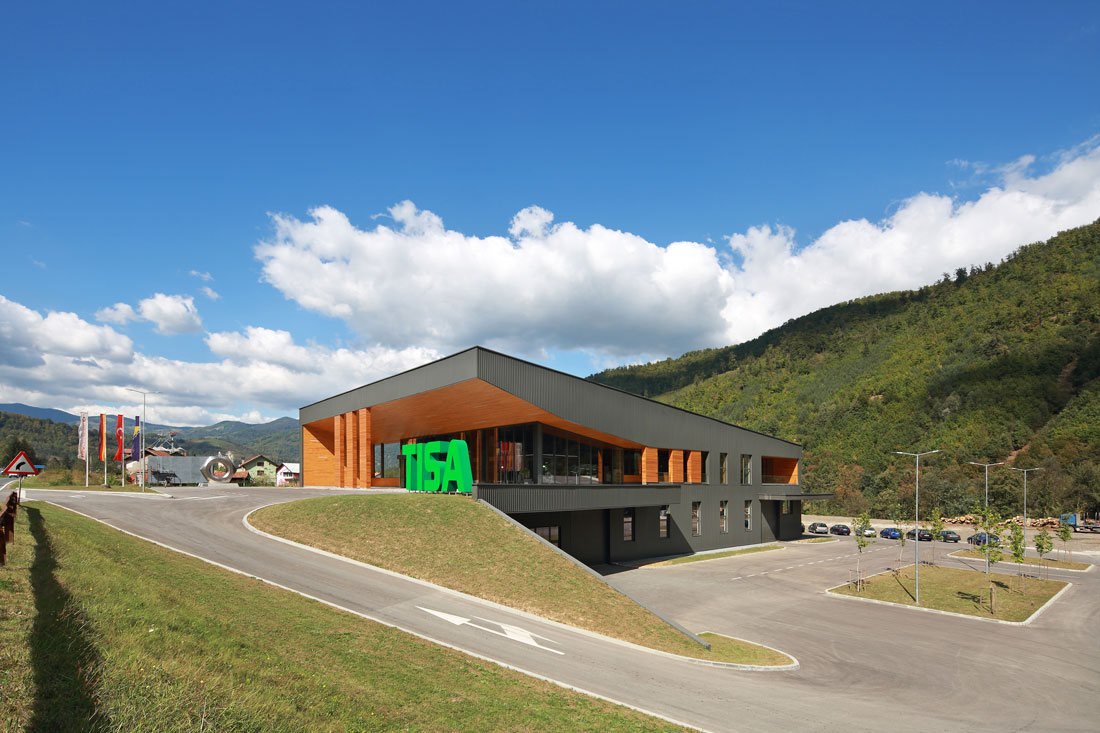 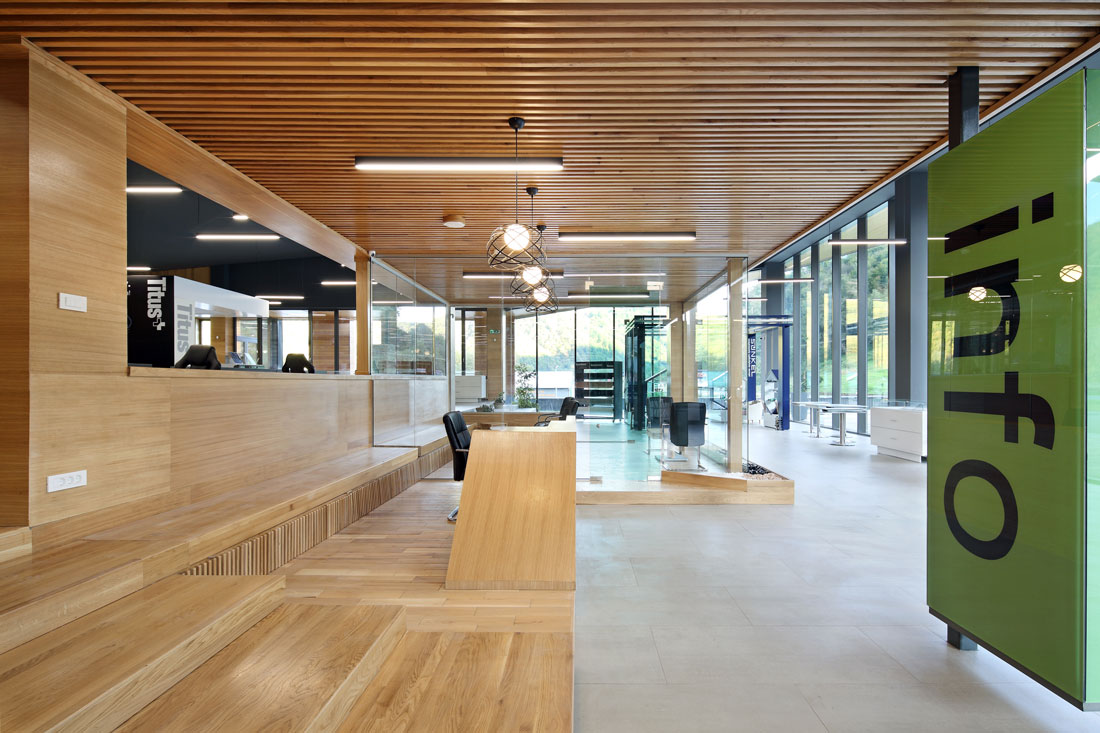 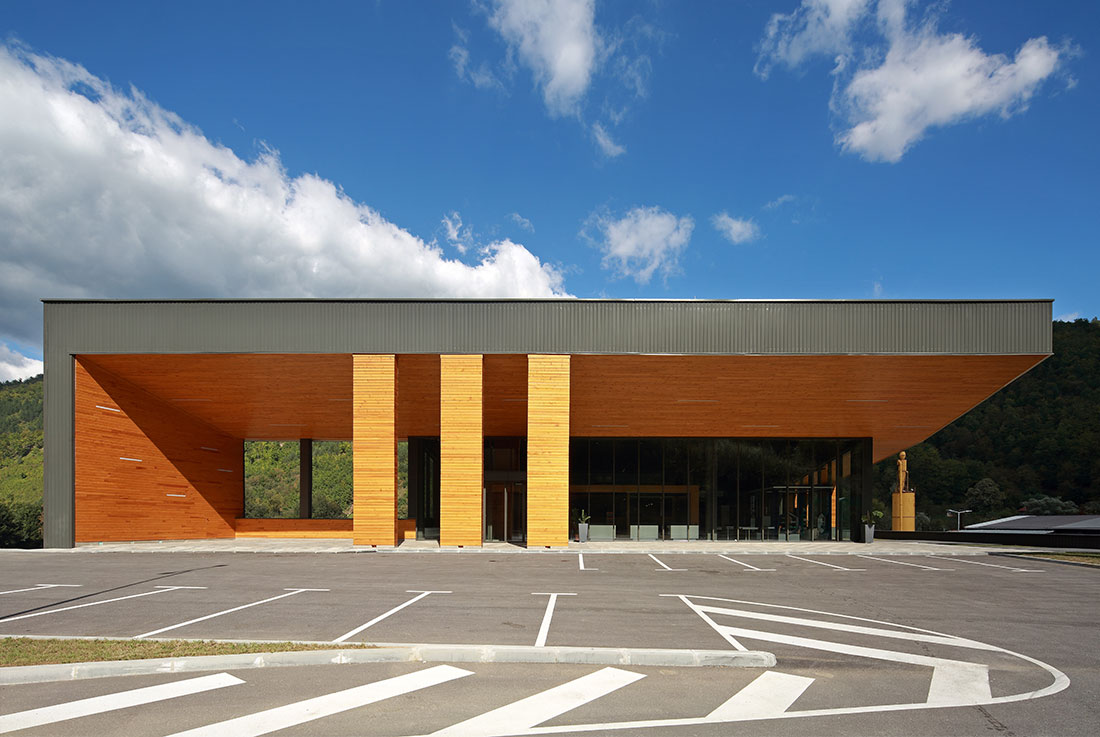 Vedina Babahmetović graduated in 1985 from the University of Architecture in Sarajevo. By the beginning of the 90s, she has worked in different companies while independently designing her first interior projects. In 1997, after the war, she founded her own practice Entasis in Zenica. Since then, she has continuously been working on various architectural projects as a lead architect.

First post-war years have been marked by the extensive work in Vitez valley, were the construction boom introduced various new typologies to the surrounding.
Shopping Centre GMS is one of the first such buildings in the region, which has caused many more similar to follow.

She is also the founder of Intent Design brand which functions as a branch of Entasis and is dedicated to the promotion of designer Bosnian furniture.

Entasis has won numerous awards, most recently the Grand Prix Collegium Artisticum 2019, the most important Bosnian award for architecture, for the Small administration building and Big Pines.