A villa in the clouds

Villa Beli dvor (White Court), located at Bled, was renovated in 2009 according to the architectural plans of Mr Boris Podrecca. Following AKKA studio plans the arrangement of the park areas around the villa was carried out simultaneously with the renewal of the building. The location of the villa and the park by Bled lake is very prominent per se, therefore Mr Boris Podrecca and AKKA studio engaged in this project with a great deal of sophistication. And the result is absolutely outstanding. 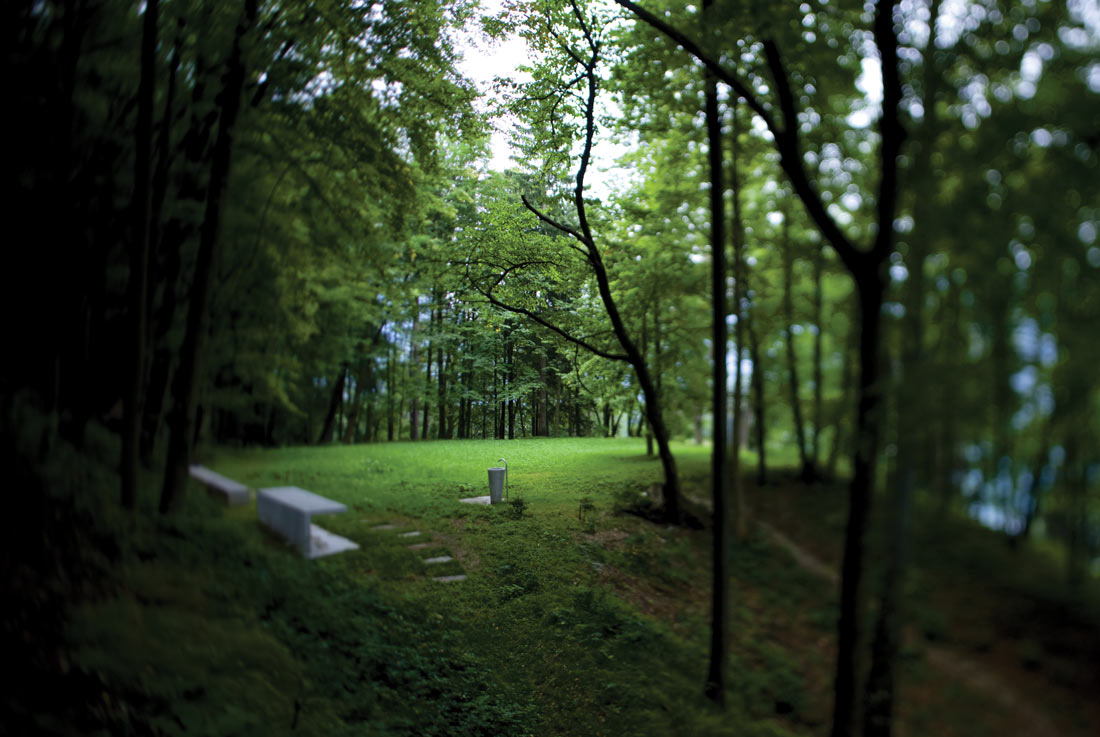 Only few houses are lucky enough to be able to wake up next to a lake with a wonderful panorama on a daily basis, with a unique view of an island and castle, which has been joined with the rocky mount it stands on for centuries. Fewer still can boast that their renovation has once again helped them find their place in the chaotic nature that surrounds them. With the help of Boris Podrecca, who was commissioned to renovate the luxurious villa dating back to the end of the 19th century, and studio AKKA, who renovated the park surrounding the building, villa Beli dvor has reinvigorated the qualities of the setting it was built in.

The area is situated on a predominantly steep terrain on the south-eastern side of the lake, in the area under Straža, which is covered by woodland. The existing structures – paths and stone-cut details – bear testimony to the once spent adventurous value of the area. On one side, the building offers astonishing views of Lake Bled, while the other side features steep, tree-covered terrain which conceals interesting ambient values with existing substantive highlights: a watchman’s house, water reservoirs and regulated relief. The design retains and enhances existing qualities of the setting. It suggests a new substantive orientation, suited to existing spatial accents as well as the nature of the setting itself. A sculpture park is earmarked to be developed gradually in the park woodland behind the villa, which would start with a sculpted motif next to the former ice pit behind the building. The statue and the ice pit reminisce of a cave, a grotto, an important feature in renaissance and baroque gardens. From here, the visitor is lead along a path into the forest, which, despite covered in cultural traces, still retains a dignified monumentality of primal wilderness. 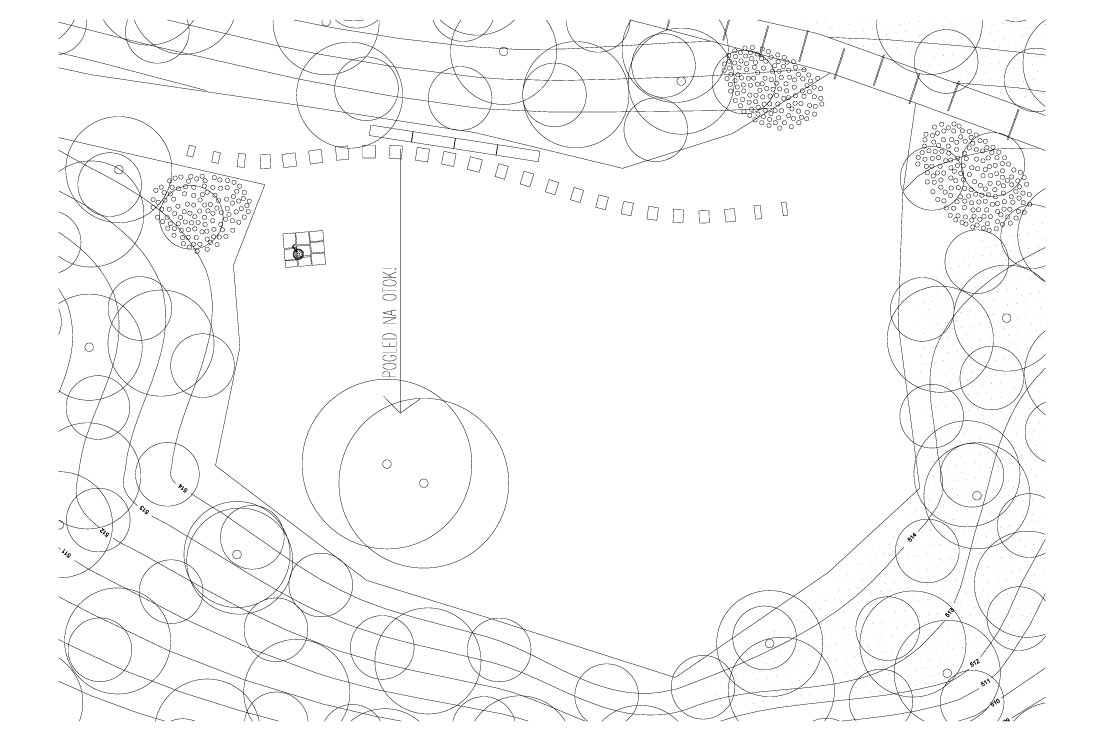 The new structures in the park – a panoramic pier with a bench, a metal footbridge over the ice pit and the new door, sculptured by an artist Miran Bratuša – interlace unobtrusively with existing renovated elements, such as the iron railings along the stone staircases, or the door leading into the ice store. Spatial and experiential diversity give the area value which is rare even in the rich environmental setting around the lake. 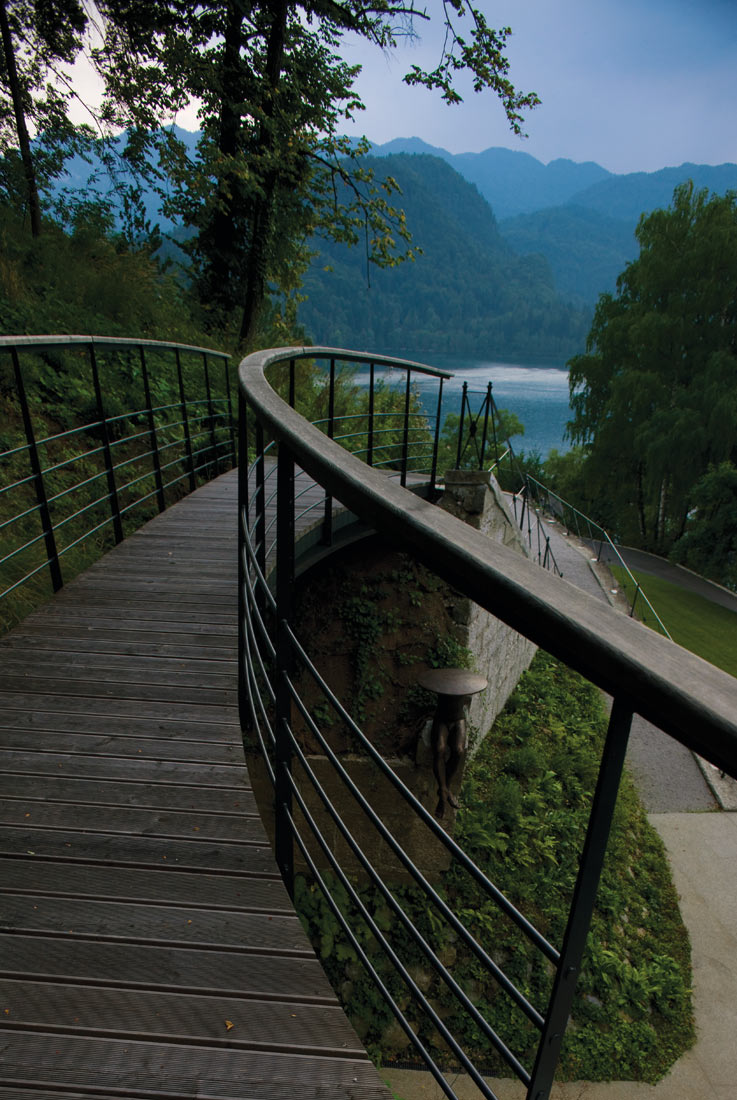